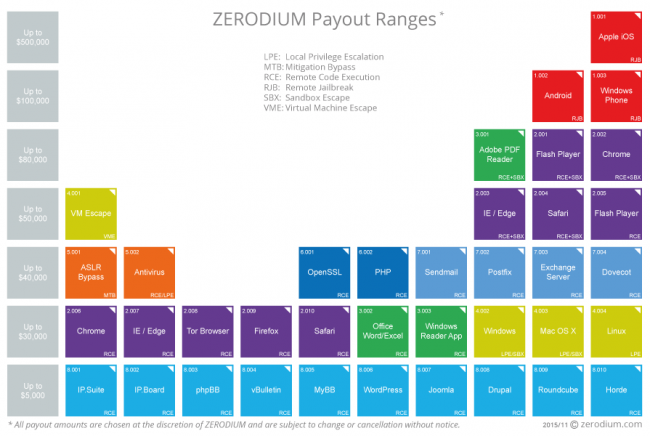 The zero-day exploit broker Zerodium is offering up to $100,000 to security experts who can provide an exploit for bypassing the Flash heap isolation.

Once again, the zero-day exploit trader Zerodium is in the headlines, this time the company is offering $100,000 for the Flash Exploit Mitigation bypass. Adobe announced in December the introduction of several

Recently Adobe announced the introduction of several new security improvements for Flash Player, the enhancements were designed with the collaboration of important players in the security industry, including Microsoft and Google.

“With the December release of Flash Player, we introduced several new security enhancements. Player mitigations we shipped earlier this year, many of these projects were the result of collaboration with the security community and our partners.” states the announcement issued by Adobe.

One of the most important enhancement for the mitigation of exploits is the heap isolation.

The hackers of the Google Project Zero were the first to work on the heap isolation, they detailed their significant Flash exploit mitigations in a blog post back in July, just after the release of the Flash Player 18.0.0.209.

The experts at the Google Project Zero discovered one-third of Flash Player vulnerabilities in 2015.

Adobe released roughly 30 security updates for Flash Player last year, hundreds of security flaws have been fixed, but many of them were exploited in the wild by hackers in targeted attacks.

The Zerodium firm posted a tweet announcing that this month it is offering $100,000 for an exploit that allow an attacker to bypass the Flash Player heap isolation with a sandbox escape. The company also offers $65,000 for the same hack without a sandbox escape.

Adobe added isolated heap to Flash. This month we pay $100K (with sandbox) and $65K (without sandbox) per #exploit bypassing this mitigation

On November 18th, 2015, Zerodium published a price list for various classes of software targets and digital intrusion methods that have been purchased from cyber criminals and hackers and offered for sale to its customers that include intelligence and government agencies.

The chart describes the sums Zerodium pays for the techniques, it is one of the most comprehensive views into the provocative and dark market for covert hacking activities.

“The first rule of [the] 0days biz is to never discuss prices publicly. So guess what: We’re going to publish our acquisition price list.” said Chaouki Bekrar, CEO of Zerodium.

According to the Zerodium’s zero-day price list, a Flash Player remote code execution exploit is paid $80,000 when combined with a sandbox escape.