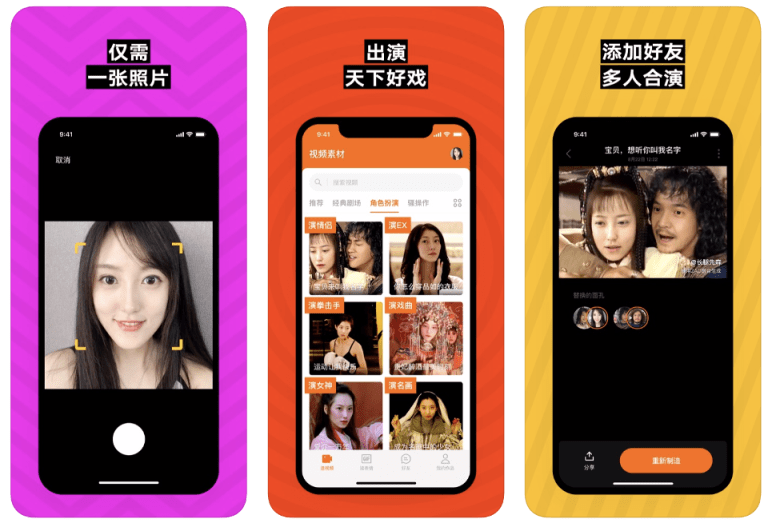 The Chinese face-swapping ZAO app that allows users to create photos starring along their favorite characters is raising privacy concerns.

The ZAO app is one of the most downloaded applications, but it made the headlines due to privacy concerns.

The AI-based iPhone app was released on august 30, 2019, it allows its users to create photos starring along with their favorite characters in a movie, TV program or a music video.

Users can superimpose their face onto actors popular characters in many video clips by uploading a selfie.

ZAO was developed by MoMo, one of China’s most popular dating apps, and was downloaded in just 3 days by millions of users, over the weekend, the app climbed to the top of the free apps in the Chinese iOS App Store.

Like FaceApp, ZAO was criticized by some users for the potential abuse of deepfake technology.

Privacy advocated noticed that an earlier version of ZAO’s user agreement stated that users who willingly uploaded their selfie agree to give ZAO full ownership and “free, irrevocable, permanent, transferable, and relicense-able” license to all user-generated content. The agreement was authorizing the developer to use their images also for marketing purposes.

Then the company was forced to change its user agreement that now says that the company will not use pictures or videos uploaded by users for anything other than app improvements without their consent.

“We fully understand your concerns about privacy issues. The questions you have raised have been received, and we will change it in a place that is not well-considered. It will take some time,” read a statement published on ZAO’s Weibo account.

ZAO also announced it will also remove any data that users uploaded to its servers, but that was subsequently deleted.

WeChat decided to restrict access to the ZAO app on its messaging platform due to privacy concerns, even if the users still be able to upload videos they have created with ZAO app. WeChat will not allow to download the app from its platform or send an invite link to another WeChat user.

ZAO can be download for free only in the Chinese Apple App Store, it is not available for Android so be vigilant and don’t download any up that pretend to be the Android version of ZAO.