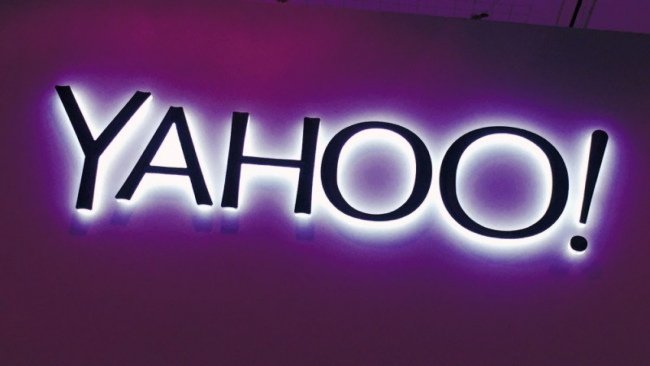 The Yahoo hack occurred in 2013 is bigger than originally stated, Verizon confirmed that all 3 Billion Yahoo accounts were hacked in the attack.

The Yahoo hack occurred in 2013, the biggest known data breach suffered by a tech company, is bigger than originally stated.

Verizon Communications, which acquired Yahoo for $4.48 billion in June, announced on Tuesday that the 2013 Yahoo hack affected all three billion of company user accounts.

Last year, Yahoo declared that the incident affected one billion accounts, and it wasn’t the unique incident suffered by the company. In 2014, hackers accessed 500 million accounts in a separate security breach.

Attackers accessed names, birth dates, phone numbers, security questions, backup email addresses and passwords of Yahoo, a gift for hackers that could use the same data to access any other account owned by Yahoo users that share same credentials.  Unfortunately, the hashed passwords were protected with a weak algorithm that was very easy to crack.

The 2013 Yahoo hack influenced the deal to acquire Yahoo in June and had a significant impact on the price of the acquisition., it’s very strange that the real extent of the incident was disclosed only now.

“That investigators did not discover the full extent of the 2013 incident before Verizon closed the deal to acquire Yahoo in June was surprising to outside cybersecurity analysts.” reported The New York Time.

According to Verizon, the support of outside forensic experts allowed it to discover that every single account was exposed in the 2013 Yahoo hack.

“Subsequent to Yahoo’s acquisition by Verizon, and during integration, the company recently obtained new intelligence and now believes, following an investigation with the assistance of outside forensic experts, that all Yahoo user accounts were affected by the August 2013 theft. While this is not a new security issue, Yahoo is sending email notifications to the additional affected user accounts. The investigation indicates that the user account information that was stolen did not include passwords in clear text, payment card data, or bank account information. The company is continuing to work closely with law enforcement.” Verizon said in a statement issued on Tuesday.

“Our investment in Yahoo is allowing that team to continue to take significant steps to enhance their security, as well as benefit from Verizon’s experience and resources,”

On August, a hacking collective based in Eastern Europe began offering Yahoo’s data for sale on the Dark Web.  According to security firm InfoArmor, the Yahoo database was sold for $300,000 on the dark web.

Unfortunately, at least three different buyers, including two “prominent spammers” paid the hacker to gain the entire database and likely use it in espionage activities.

“But last August, a geographically dispersed hacking collective based in Eastern Europe quietly began offering the whole database for sale, according to Andrew Komarov, chief intelligence officer at InfoArmor, an Arizona cybersecurity firm, who monitors the dark corners of the internet inhabited by criminals, spies and spammers.” reported the New York Times.  “Three buyers — two known spammers and an entity that appeared more interested in espionage — paid about $300,000 each for a complete copy of the database, he said.”

According to InfoArmor, the hackers who broke into the Yahoo database are likely based in Eastern Europe.

Yahoo still considers the breaches in 2014 and 2013 as unrelated events.

It is still unclear who is behind the attack, security experts attributed the 2013 Yahoo hack to a Russian APT group.

“In March, the Department of Justice charged four men, including two Russian intelligence officers, with the 2014 breach. Investigators said the Russian government used stolen Yahoo data to spy on a range of targets in the United States, including White House and military officials, bank executives and even a gambling regulator in Nevada, according to anindictment.” added The New York Time.

“The stolen data was also used to spy on Russian government officials and business executives, federal prosecutors said. What made that theft particularly egregious, Justice Department officials said, was that the two intelligence officers who were indicted had worked for an arm of Russia’s Federal Security Service, or F.S.B., that is charged with helping foreign intelligence agencies track cybercriminals.”

Once again let me suggest Yahoo users reset their passwords and change security questions as soon as possible on every website, including ones for which they used the same Yahoo credentials.

Over 3.2 billion emails and passwords hacked…find out if you are a victim and what to do about it… How to Close the Security Gap Between Identity and Access Management (IAM) and Shared Accounts Credential Stuffing; Ny Attorney General Reveals More Than 1.1m Compromised Accounts Discovered North Korea-linked threat actors stole $1.7 billion from cryptocurrency exchanges The US Government is going to respond to the SolarWinds hack very soon Key Business Lessons Learned from The SolarWinds Hack Morgan Stanley discloses data breach after the hack of a third-party vendor How Bad Actors Are Learning to Hack Humans in Phishing Attacks
October 4, 2017