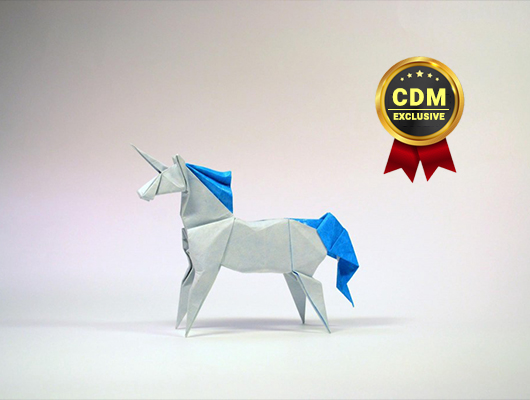 By Edward Tsai – Director of Investment, Qi An Xin

Who would think that the world’s largest Cybersecurity unicorn lives in China? In China, everything is on a larger scale. As of September 2019, China had 1.6B mobile phone subscriptions and by the end of this year, China will be over 55% of global online retail sales. Within China’s rapid digital transformation and the maturing of the consumer tech ecosystem giants, Chinese entrepreneurs, investors, and the government have begun to focus on core technology and enterprise-related sectors such as AI, Semiconductors, and Cybersecurity. Cybersecurity policy enactment through the 2017 China Cybersecurity Law in addition to the digital transformation priority of Chinese enterprises and government entities has led to an increase in Cybersecurity spend to over 50B RMB in China in 2018.

A company’s fundraising strategy is reflective of its overall strategy. As the Chairman of Qi An Xin Group, Xiangdong Qi has already had prior success in Cybersecurity, having co-founded Qihoo 360 which prior to its privatization was a $9B USD market cap company on the NYSE. Qihoo 360 had already become the largest consumer Cybersecurity company in China, with ~500M PC users of its Anti-virus software, and over 4000 employees. This prior experience was the beginning of Xiangdong’s long term goal of creating the world’s largest Cybersecurity company.

In order to do this, in the middle of 2016, Xiangdong led a management buy-out to spun out Qi An Xin from 360, focusing on the Enterprise Cybersecurity market. In 2017, Xiangdong raised Qi An Xin’s Series A of 1.6B RMB at an 11.6B RMB post-valuation. To do this, Qi An Xin established a competitive fundraising process, collecting multiple Term sheets representing an oversubscribed amount of interest early on in order to hasten the process to the final signing. Significant time was spent to educate investors on the Cybersecurity landscape in the US and China, and help funds see that Cybersecurity in China was a promising place to invest.

The earliest supporters of Qi An Xin’s fundraise were a combination of funds familiar with the Qi An Xin team and other well-known investment funds that placed importance on national technology priorities. These included VC funds like AlphaX Partners as well as funds in large investment management groups like SDIC and CICC. At the close of 2017, Qi An Xin raised a 1.25B RMB round, this time from a Beijing Xi Cheng District affiliated fund, IDG China, and others, in total raising 2.85B RMB in its first full year as an independent company.

Qi An Xin‘s revenues grew from under 700M RMB in 2016 to nearly 2.4B RMB in 2018, becoming one of the fastest-growing Cybersecurity companies in China. Qi An Xin’s main product lines of endpoint security, network security, and big data security enabled it to have a large TAM and thus a massive growth and market opportunity. Through R&D and acquisitions, Qi An Xin also offered solutions in emerging areas such as threat intelligence security, industrial security, and virtualization security. Qi An Xin’s focus on utilizing big data analysis, enhanced by its large customer base in China, enabled it to offer its users more effective means to respond to security threats.

This growth enabled Qi An Xin to continue to successfully fundraise, raising 2.15B RMB in 2018 and 1.5B RMB in 2019, with a post-valuation of 23B RMB. In total, Qi An Xin has raised 6.5B RMB in funding to grow the company to now over 7000 employees. Over 40% of Qi An Xin’s employees work in R&D, making Qi An Xin one of the largest employers of Cybersecurity R&D talent in the world.

Earlier in 2019, China Electronics Company (CEC) acquired a sizable minority position of Qi An Xin and is its second-largest shareholder.   Together with CEC, Qi An Xin co-hosts the leading Cybersecurity conference in China, Beijing Cyber Security Conference (BCS). BCS enables Qi An Xin to help develop China’s Cybersecurity ecosystem particularly covering new Cybersecurity technology, policy, innovation, talent development, and venture capital investment. In 2019, BCS hosted over 160 guest speakers, 500 companies, and was visited over 30,000 times. BCS is the host of the BCS “Innovation Sandbox” which is China’s leading Cybersecurity startup competition, which has hosted 4 competitions to date and whose

participants have collectively raised more than 1B RMB in funding. Guanchao CyberForum is also a highlight of BCS, which runs sessions on international dialogue and collaboration in Cybersecurity policy.

As technology platforms develop globally, Qi An Xin has also developed international partnerships, including with VMWare on Cloud Security solutions and with Cyberbit on Cyber training. Qi An Xin also has international business in Indonesia, Singapore, and Canada.

Qi An Xin continues to invest in Cybersecurity, recently focusing on “Security Built-In DNA”, tightly integrating IT system, operations, and talent with Cybersecurity to create secure solutions and continues to partner with other ecosystem players to make the internet a more secure place and the world a better place. 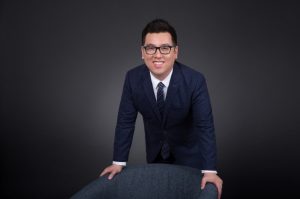 Edward Tsai is Director of Investment at Qi An Xin where he leads a team responsible for fundraising, M&A, and investments. He prior was Assistant GM at Security Capital. Prior to this, he was Director of International Investments and Director of Strategic Development at Qihoo 360, where he invested in AI and Cybersecurity companies and funds such as Life360, Cruise Automation, Brave Software, and 1011 Ventures. Prior to moving to China, he was VP at DCM and Senior Associate Consultant at Bain and Company. Edward is a Kauffman Fellow (Class 15) and has a BS and MS in Computer Science from UCLA. Learn more about Edward https://www.qianxin.com/en

Redefining Digital Risk: 3 Considerations for Your Cybersecurity Strategy in 2021 Pink Botnet infected over 1.6 Million Devices, it is one of the largest botnet ever seen Making the Most of Virtual Cybersecurity Events for your Company and the Community Transitioning to Remote Work: The Apps You’ll Need to Ensure A Productive Workforce Cybersecurity in Healthcare: Benefits, Examples, and Usage Tips Healthcare cybersecurity framework Growth Strategies for China Must Prioritize WeChat Security UNC215, an alleged China-linked APT group targets Israel orgs Brave New World: Safari Content Blocking
March 11, 2020