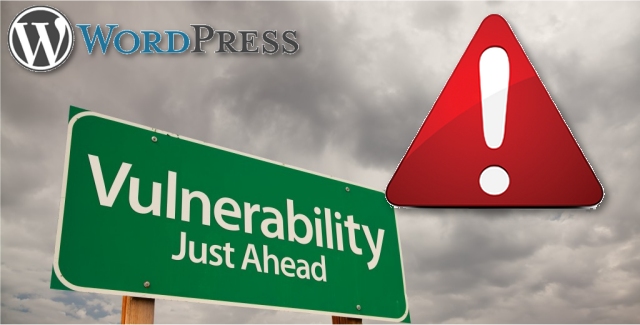 The Israeli security researcher Barak Tawily a vulnerability tracked as CVE-2018-6389 that could be exploited to trigger DoS condition of WordPress websites.

The expert explained that the (Common Vulnerability and Exposure) CVE-2018-6389 flaw is an application-level DoS issued that affects the WordPress CMS and that could be exploited by an attacker even without a massive amount of malicious traffic.

“In this article I am going to explain how Denial of Service can easily be caused to almost any WordPress website online, and how you can patch your WordPress website in order to avoid this vulnerability being exploited.” reads the analysis of the expert.

Tawily revealed that the flaw exists in almost all versions of WordPress released in last nine years, including the latest one (Version 4.9.2).

The flaw affects the “load-scripts.php” WordPress script, it receives a parameter called load[] with value is ‘jquery-ui-core’. In the response, the CMS provides the JS module ‘jQuery UI Core’ that was requested.

As you know, WordPress is open-source project, for this reason, it was easy for the expert to perform code review and analyzed the feature in detail.

The load-scripts.php file was designed for WordPress admins and allows to load multiple JavaScript files into a single request, but the researcher noticed that that is is possible to call the function before login allowing anyone to invoke it.

The response provided by the WordPress CMS depends upon the installed plugins and modules.  It is possible to load them by simply passing the module and plugin names, separated by a comma, to the load-scripts.php file through the “load” parameter.

The ‘load-scripts.php’ finds the JavaScript files included in the URL and appends their content into a single file and then send back it to the user’s web browser.

The researcher highlighted that the wp_scripts list is hard-coded and is defined in the script-loader.php file, so he decided ti send a request that in response will get all the JS module of the WordPress instance.

“There is a well-defined list ($wp_scripts), that can be requested by users as part of the load[] parameter. If the requested value exists, the server will perform an I/O read action for a well-defined path associated with the supplied value from the user.”

“I wondered what would happen if I sent the server a request to supply me every JS module that it stored? A single request would cause the server to perform 181 I/O actions and provide the file contents in the response.”

Tawily developed a proof-of-concept (PoC) python script called doser.py that he used to makes large numbers of concurrent requests to the same URL to saturate the resources of the servers.

An attacker with a good bandwidth or a limited number of bots can trigger the CVE-2018-6389 vulnerability to target popular WordPress websites.

Below a video PoC of the attack.

Tawily reported this DoS vulnerability to the WordPress team through HackerOne platform, but the company refused to acknowledge the flaw.

“After going back and forth about it a few times and my trying to explain and provide a PoC, they refused to acknowledge it and claimed that:
“This kind of thing should really be mitigated at the server or network level rather than the application level, which is outside of WordPress’s control.“” Tawily wrote.

The expert has implemented the mitigation against this vulnerability in a forked version of WordPress, he has also released a bash script that addresses the issue.