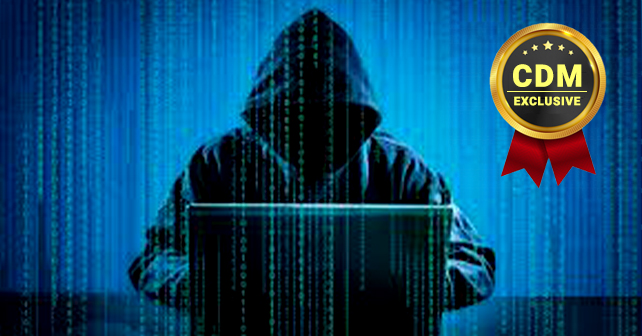 Why Outsmart Cyber Attackers When You Can Remove Them Entirely?

Cyber threat actors have gotten smarter–or lazier–depending on your perspective. It used to be fairly common for attackers to spend days or even weeks probing targeted networks for vulnerabilities to exploit. Once identified, they would break down traditional cybersecurity defenses around the network perimeter and steal as much information as they could, or cause as much chaos as possible, before the hole was patched and they were shut out.

Today, threat actors are much more subtle. Instead of trying to break down the castle walls, they simply steal the keys and stroll through the front door. By tricking users into willfully giving up their credentials through spear phishing, threat actors can simply remain undetected for days, weeks or even months until the time is right to execute their mission– to extricate data, hold systems hostage, spy on users or all of the above.

Is this lazy or creative? Depends on who you ask, maybe it’s a generational thing.

The point is that 94% of malware attacks conducted through email, according to the Verizon 2019 DBIR. Spinning up a seemingly legitimate email from a trusted individual or brand is fairly easy when anyone can become a Photoshop wizard overnight. Email addresses and domain names can be masked, and it is alarming how much personal information is publicly available on social media accounts. An enterprising threat actor could easily find the name and email address of a manager or vendor and send an email with a malicious attachment, such as a link to a compromised site or fake login page. By sending multiple versions of the spoofed email with slight variations, threat actors can scale the attack, knowing that at least one will eventually be clicked by the user.

This shift in strategy means that no matter how strong your cybersecurity defenses, your organization’s cybersecurity posture is almost entirely reliant on users. Web filtering through traditional security solutions needs a reputational footprint of an attack based on third-party or internal threat intelligence. If an attack is new or has been slightly modified, it can sneak through. In fact, many malware attacks have grown sophisticated enough to identify whether they are in a sandbox and shut down until instructed to ramp up again when executed on users’ devices. Users – whether apathetic, unsavvy or both – are then responsible for determining what they can safely click on. As a result, phishing attacks are growing increasingly more successful. Verizon’s research also shows that 30% of phishing messages are opened by targeted users, so it is clear current defense mechanisms are not working.

What’s an enterprise to do? How can an enterprise build a robust cybersecurity strategy when attackers continue to target the weakest link: the user? Traditional cybersecurity solutions and conventional threat prevention products rely on to detect and respond tactics and have failed to keep up with the evolving nature of sophisticated phishing attacks. These solutions analyze web links in an email and make a ‘good vs. bad’ determination. Unfortunately, this approach requires a reputational footprint to make a decision that does not detect (and ultimately block) new or modified attacks.

Enterprises need to rethink how they can protect users from cybersecurity threats by implementing a Zero Trust Internet policy. Instead of trying to determine what web content is bad, enterprises should just assume that all content is risky and isolate everything to be safe. Making an isolate or block determination is much safer than an allow or block approach, preventing even unknown attacks from executing the malware on end-users’ devices or directing users to fake login pages where credentials can be stolen. All email links and attachments can be opened in a safe isolation session in the cloud, protecting users from giving away credentials or opening attachments in a sandbox or on the endpoint.

Depending on how you look at it, threat actors are either getting smarter or lazier and going after the weakest link in the cybersecurity chain: the user. It’s time to take the responsibility out of their hands and implement a Zero Trust Internet strategy to cybersecurity.

Kowsik Guruswamy is CTO of Menlo Security. Previously, he was co-­founder and CTO at Mu Dynamics, which pioneered a new way to analyze networked products for security vulnerabilities. Prior to Mu, he was a distinguished engineer at Juniper Networks. Kowsik joined Juniper via the NetScreen/OneSecure acquisition where he designed and implemented the industry’s first IPS. He has more than 15+ years of experience in diverse technologies like security, cloud, data visualization, and computer graphics. Kowsik has 18 issued patents and holds an MSCS from the University of Louisiana.