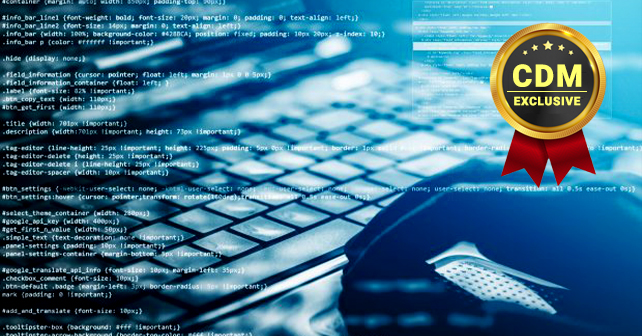 What Does Breach Prevention Mean?

When we talk about the cyber breaches, we would mean any attempt of the hacker’s community to approach our IT system and conduct some malicious activities there. So, today’s IT environment got very vulnerable to any kind of the sabotage, espionage and reputation compromise. Some experts would suggest that the best way to prevent any computer or network breach is to rely on good cryptography. The both – endpoints and communications – could get breached at any time and it’s only about how successfully we would manage such a risk. For instance, the endpoint breach is not impactful if data are encrypted, so we should adopt good practice in the sense of smarter threat management and response. Indeed, the threat is something that would deal with the likelihood for some unwanted occurrence happens and if we use our skills and experiences in order to develop the certain level of immunity to those attacks – we can expect to get much more secure.

On the other hand, the attempt to breach the communications line could bring more success for a reason the web communications would cope with the TCP/IP information transfer, so the majority of the current cybercrime groups would get the tools for such purposes. As it’s quite well-known, the black market would be full of the hacking solutions and that would open up an opportunity to the bad guys to simply make the breach to your computer or the entire network using only your IP address and sometimes the login data. So, what we need here is the good cryptography in case of information exchange channel that should support us in remaining safe in terms of the communications requirements. Also, we should mention that the web protocols are so very well-developed communications lines that would deal with the queries and accept to transfer the internet signal from one point to another. In other words, the communications protocol is only the set of rules that should get followed and if you cope like so; you would obtain the internet traffic between your network’s devices.

So many IT security professionals would agree that there is the old good rule saying that the cyber breach cannot be prevented and it can only get accepted. We would partially agree with this suggestion because we believe that with the continuing technological evolution, we would get at the stage when many of those would get possible. At this moment, there are some tools for the breach diagnostics, management and response on the marketplace, but they would mainly serve to recognize the threat and they would mostly work in much more reactive manner. So, the question here is what the future time would bring to us. The answer to this remark is quite simple. There will be the huge need to work hard on the development of the strong encryption as well as the protective walls that could reflect any attempt of the malicious actors to access our IT resources and take control over them. At this level, it’s only a matter of time when our marketplaces would offer those advancements to their consumers and we hope that epoch would come so soon.

What is a cyber breach?

As it’s well-known, so many critical assets would count on the best practice in terms of cryptography and the other alternative data protection methods. It’s quite complicated and expensive to develop the multilevel cryptography and its purpose in security and privacy could get assumed as the quite effective one. So many research institutes, academic organizations and defense communities would invest a lot of time, effort and funds in order to produce the best possible encryption algorithms that would not be that time consuming at least. If we speak about the multilevel encryption, we would realize that such a project could get so demanding in so many different cases. For instance, the strategic and defense centers worldwide would develop the specific interest to deal with such an initiative and they may get ready to give a lot in order to get back something that would leave them at least a step ahead of the security risks, threats and challenges. The good example from the practice could be the deep web protection model for a reason it could be a pretty suitable way to prevent some kinds of the breaches.

In the literature, there would be mentioned the convenient story about the cryptographers trying to hide the coin in the restaurant using the menu as a protection wall. That case would inspire so many researchers, scientists and engineers to create the deep internet that would apply the several layers of protection mainly being encrypted which would provide us the chance to count on the better security, privacy, and anonymity for a reason the signal going through those layers could get in the plaintext form or fully transformed using some sort of cryptographic algorithm. Above all, there would be a great need to count on the strong encryption that would not seek from us to deal with any sort of the cryptographic key. In the past, the cryptographic algorithm that would not need the encryption key would get recognized as the perfect secrecy and many would believe that got the silver bullet to all our security troubles. It’s quite obvious that the time would dement us and nowadays we would deal with the strong encryption that could also get breakable, but it can take time to accomplish the cryptanalysis of such a protection model.

The ways to prevent any IT breach

It would appear that cyber breaches are feasible in any surroundings. The fact is we would never stay absolutely safe for a reason the modern cyber defense is only about good risk management. For instance, the breach is possible even in the peer-to-peer communications and there is the huge risk within the Internet of Things devices being the part of some bigger network to get accessed and exploited by the hacking groups. So, the risk is very huge and the threats are very hyperactive! Would that be the challenge for a tomorrow? Practically, yes! Apparently, there is a strong need to search for the new technological and mathematical solutions that would offer us the chance to make some changes to our current advancements. At this stage, it’s not possible to prevent any breach at all, but in the future, if we invest more time and efforts in endpoint and communications cryptography – we can expect the much better technological outcomes on.

How to configure your Firewalls?

As it’s known, the Firewalls are the ongoing method of the IT system protection, but they cannot guarantee absolute security, so far. In our opinion, the intelligent coding where the developers would work carefully on every piece of their program could make us some invitations of the much more secure software and much more convenient users’ experience. Basically, getting breached is so stressful condition and the hackers could try to take advantage of someone’s poor cyber defense in order to make the huge profit on. The Firewalls could get observed as the protective walls that got the capacity to reflect some of the attempts to get permission to approach someone’s IT infrastructure. Unfortunately, they are not an absolutely reliable way of security and we believe that there would be plenty of new paths that would get invoked in the future.

The importance of breach prevention

Once some individual or organization figures out it got breached and exploited by the cybercrime actors – it can cope with a lot of drama and trauma targeting their personal and business needs as well as interests on. If we know that the cyber breach would affect someone’s finances and reputation, we should try to think hard about the measures of preventions putting into account all social and economic impacts the IT breach brings with itself. In other words, the breach prevention is one of the biggest challenges of modern cybersecurity.

Finally, just accepting that breach is inevitable is so passive approach and in the future, we must think about how to deal in a more active and even proactive way in order to remain safe. At this moment, we are only able to cope in the quite reactive fashion with the cyber breaches and we are in a position to discover the breaches once they occurred. In other words, it’s so necessary to formulate the good tactics and strategies that would give us the chance to avoid cyber breaches even affect our assets and systems, so far.