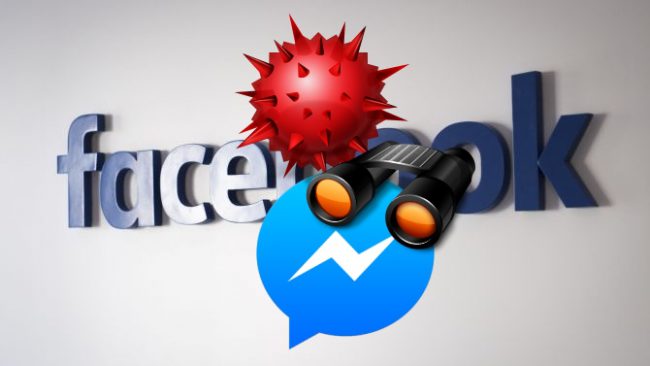 Security experts from Kaspersky Lab have spotted an ongoing cross-platform malware campaign on Facebook Messenger, spammers are actually infecting users of all platform with adware.

Users receive a video link that redirects them to a bogus website set up to lure them to install a malware.

They use social engineering to trick users into clicking the video link, which pretends to be sent from one of their Facebook contacts.

“The initial spreading mechanism seems to be Facebook Messenger, but how it actually spreads via Messenger is still unknown. It may be from stolen credentials, hijacked browsers or clickjacking. At the moment we are not sure because this research is still ongoing.” reads the analysis published by Kaspersky Lab.

The malicious message reads “< your friend name > Video” followed by a bit.ly link, as shown.

When the victim clicks on the fake video, the malicious code redirects him to a set of websites which gather information on his system (i.e. Browser, OS) to choose the website to which he has to be redirected.

The URL redirects victims to a Google doc that displays a dynamically generated video thumbnail that appears like a playable movie, based on the sender’s images. If the victim clicks the thumbnail he his redirected to another customised landing page depending upon their browser and operating system.

“What I noticed during my research was that when changing the User-Agent header (browser information) the malware redirects you to different landing pages. For example, when using FIREFOX I was redirected to a website displaying a fake Flash Update notice, and then offered a Windows executable. The executable is flagged as adware.” continues the analysis.

Google Chrome users, for example, are redirected to a website that appears as YouTube that displays a fake error message popup, tricking victims into downloading a malicious Chrome extension from the Google Web Store.

The fake extension is a downloader that delivers a file to the victim’s computer.

“It has been a while since I saw these adware campaigns using Facebook, and its pretty unique that it also uses Google Docs, with customized landing pages. As far as I can see no actual malware (Trojans, exploits) are being downloaded but the people behind this are most likely making a lot of money in ads and getting access to a lot of Facebook accounts.” concluded Kaspersky.

To learn more about the dangers of Facebook Fraud, another problem in social media-based Cyber Crime, watch this interview with our Executive Producer and the CBS news team, here: https://www.cbsnews.com/news/facebook-scams-when-your-friends-are-actually-hackers/