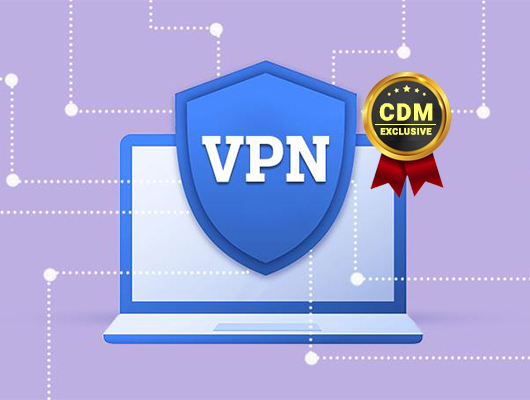 In the last 5 years, awareness to protect data, to encrypt communication, and minimize data collection has rapidly increased. Privacy and trust will be the main topics for 2020 – how do big corporations process data, store it, and potentially abuse it? Regulation has certainly been lacking for many years now and the general public is playing catch up in the face of all the potential dangers. So what are some of the areas to consider with an eye on the horizon?

There are a lot of threats in privacy that have to be addressed. Some governments have mandated censorship, and having a device that is always connected requires the need for protection to be adopted. There is a lot at stake when you consider a digital future – not least of all your personal data. Perhaps this is the main reason that many people adopt a VPN; they want to secure all personally identifiable information (PII) that they transmit online. However, we should clarify that when people use social media and reveal information about themselves, this cannot be protected using a VPN; the VPN can only give you an anonymous IP and encrypt your connection. Ultimately, the need for VPNs is increasing due to rising cybersecurity threats which has, in turn, created a need and a strong desire to protect the technology that consumers use today. In an internet era that’s ripe with vulnerable and unsecured hotspots, connecting to any Wi-Fi network presents a privacy issue and exposes much of a consumer’s data without their knowledge. With the now-widespread use of hoax Wi-Fi to fool users into connecting to a network, hackers can have complete visibility over your browsing and data. There are currently hundreds of millions of hotspots spread around the world and it is estimated that more than half of all mobile traffic is being offloaded to Wi-Fi. This is music to a hacker’s ears because hotspots (think public Wi-Fi especially) are soft targets when hunting for unprotected users.

This threat even exists on airplanes, in your home, and on your employer’s Wi-Fi. The problem arises when you choose the network you connect to. The hacker’s fake Wi-Fi has the same network name and password, and once you connect, they can start attacking your device in less than five seconds. Millions of businesses and people turn to VPNs to protect themselves because the encryption VPN technology offers prevents prying eyes from seeing your data even if you are connected to a malicious network. As mobile internet usage will undoubtedly continue to climb, mobile VPNs will also play a more important role for consumers – the number of people using VPNs for their personal mobile devices is more than likely to rise as VPN awareness spreads.

When you consider the future of VPNs, it is useful to consider the evolution of privacy overall. On a global level, it is clear that there is not much left in the way of privacy – perhaps the best example being, The Great China Firewall but also in the U.S. where there is a resolution to let ISPs share private data. The issue now facing the world is how to manage data privacy in the future, taking into account the need to prevent data being used in ways that consumers find objectionable. There is always regulation of course and we have already seen the introduction of GDPR, perhaps the most important change in data privacy regulation in 20 years – but will it be enough to prevent a massive data leak?

Previous breaches, like those suffered by Equifax and also the Facebook/Cambridge Analytica scandal, effectively allowed the identities of millions to be illegally bought and sold. These types of hacks have driven considerable awareness of privacy and security, bringing consumer privacy to the forefront of media around the world. It has also been a welcome boon for the VPN industry with numerous articles outlining VPN technology and similar ways for consumers to protect themselves online. In this day and age, there is also the challenge of a proliferating number of devices that all collected data for different purposes. For example, where you are using the likes of Skype or Facebook, you are talking about the transfer of data to a third party. People, generally, are not comfortable with their personal data being compromised – they are interested in reducing any possible risk of data leakage. In light of all of this, the VPN industry will continue to make sure that using a VPN is affordable and easy for everyone – perhaps we will see devices coming off the shelves with a VPN built into the OS, automated and ready to go?

In an age where governments are looking at ways to suppress and control their citizens, VPNs are becoming a popular way to bypass internet censorship under such regimes. Paradoxically, those countries that currently restrict VPNs (such as China and Russia) haven’t actually harmed industry growth – indeed, they have put VPNs in the spotlight. When you have countries that create legislation effectively outlawing VPN usage, this can backfire on the government –  local citizens resist and it also sparks a huge rise in media coverage (anti-government, pro-net-neutrality). When a country does decide to introduce ‘online censorship’, the strategy is to block certain websites, news portals, and popular social media sites.

With the recent pro-democracy riots in Hong Kong, for example, the authorities in question used tactics such as blocking websites and cutting off access to the internet in an effort to maintain their (China-led) regime. It is very likely that the authorities monitored the digital communications of those protesting – for example, via communication apps, and they could have also used metadata from ISPs to monitor and predict the activities of the protestors. Under such circumstances, protestors or concerned citizens will look to take all measures possible to protect their digital privacy. Using a Virtual Private Network (VPN) is certainly a good way to do so. Since VPN services encrypt all data, the government can no longer censor that connection, allowing users to access sites that would otherwise be blocked.

We live in a world where, increasingly, everyone (and everything) is connected. This digital future also gives rise to unique problems and challenges. With people becoming more concerned about their privacy and with some governments continuing to use digital censorship tactics, the growth of security platforms such as VPNs will undoubtedly continue in the same vein. 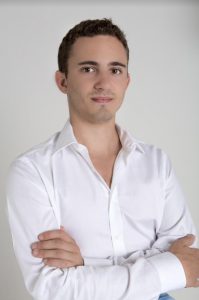 Sebastian Schaub can be reached online at seb@eventure.my and at our company website https://hide.me/en/