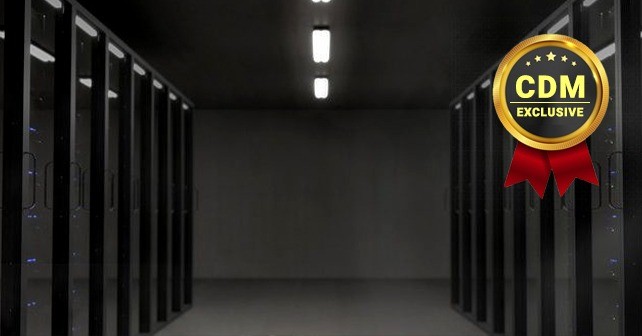 Virtual Private Server Market to Hit US$ 2 Billion by 2025

The Virtual Private Server Market is set to grow from its current market value of more than $1 Billion to over $2 billion by 2025; as reported in the latest study by Global Market Insights, Inc.

The virtual private server market growth is attributed to an increase in demand for secured hosting by enterprises, rising adoption of virtualization technology, and supporting digitalization initiatives in developing countries. The increasing adoption of cloud technology across the enterprises for hosting and supporting critical business functions is another factor contributing to VPS market share. The enterprises’ approach for enhanced control over the servers without interference from the other shared servers is enabling them to migrate to VPS over the traditional physical servers.

The demand for cost-effective server hosting solutions is supporting the virtual private server market demand. Owning a private physical server involves huge capital and operating expenditure. The SMEs do not usually wish to invest in owning a dedicated server for hosting their websites. VPS helps enterprises in providing full control over their network resources without any involvement of the VPS provider. VPS users do not need to build their own physical server, which helps in reducing capital and operating expenses of enterprises. The use of virtual server significantly reduces the power requirement of physical servers. The virtual server also reduces the large space required for deploying and managing physical servers. The VPS service providers, such as GoDaddy, Digitalocean, and DreamHost, provide different affordable VPS plans for the enterprises.

The managed VPS hosting segment is expected to grow at a CAGR of over 15% during the forecast period due to the increase in complexities in server maintenance & monitoring tasks. The server involves complex functions, which require special skills and training to handle these functions. These complex functions of server maintenance are handled by highly trained and competent experts in managed VPS hosting solutions. Also, managed VPS services offer a high degree of resource scalability. The customers can dynamically scale their usage of key server resources, such as RAM, CPU, and bandwidth, as per their computing requirements. Since major server maintenance & monitoring tasks handled efficiently by service providers, the customers can invest their in-house resources on their core competencies to generate new revenue streams for the organization

The Linux operating system segment is expected to hold a virtual private server market share of over 60% by 2025 due to its open-source nature. The Linux VPS hosting provides flexibility, greater control, and functionality over the traditional Windows OS. It also provides a wide range of features with minimal hosting charges due to the elimination of licensing fees. It offers users the ability to regulate servers’ space and bandwidth as per their changing requirements. Users get root access, just as on a dedicated server, providing greater control, more features, and ways to directly access files that are often faster than using the cPanel GUI.

Ubuntu Linux distribution is projected to hold around 30% virtual private server market share by 2025 due to frequent updates released for Ubuntu OS to match the changing enterprise network demands. Ubuntu VPS allows enterprises to scale up their resources, such as RAM, CPU, and bandwidth, to match their websites’ growing needs. Ubuntu VPS system is partitioned, which helps in offering complete security to the enterprise server from other servers. This segregation ensures that enterprises’ servers will have their own guaranteed resources (RAM, CPU), which will remain unaffected by other users on the system.

The SMEs segment is expected to grow at CAGR of over 18% over the forecast period due to the increase in the adoption of virtualization technology. The availability of limited resources for maintaining the dedicated physical servers is enabling SMEs to shift toward VPS. The VPS helps SMEs to have a dedicated virtual server with a per pay-as-you-use model, which allows them to pay for the resources as per their requirements only. The VPS also helps in eliminating the space required for the physical server, which will reduce the cost of the excessive space required for bulky servers.

The IT & telecom sector is expected to hold a virtual private server market share of over 25% in 2025 due to the growing demand for secured virtualized infrastructure. The increase in the number of online cyberattacks is prompting IT & telecom companies to deploy secured servers. The VPS ensures better privacy and security for enterprises’ files. The servers running in an isolated environment are protected from stability and security issues related to the other systems in shared server models.

The Asia Pacific virtual private server market is projected to exhibit a growth rate of over 20% during the forecast period due to an increase in government support for virtualized data centers in developing countries such as India and China. For instance, in May 2018, National Informatics Centre (NIC), a premier science and technology organization of Government of India, launched a National Data Centre in Bhubaneshwar to offer uninterrupted secure hosting for various e-governance applications. This new data center helped in extending government support for 35,000 virtual servers.

Preeti has more than 5 years of experience in market research and consulting. She has hands-on expertise in ICT, Semiconductor and Electronics industry with a focus on niche and emerging technologies including cloud, software-defined, IoT, virtualization, containers, and analytics-based markets. She has worked with global clients in the ICT, Semiconductor and Electronics industry with a consultative approach to identify market growth opportunities through competitive analysis, bench-marking, forecast, and new market penetration. Preeti can be reached online at (EMAIL, TWITTER, etc..) and at our company website https://www.gminsights.com/