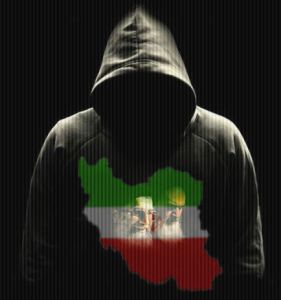 The US DoJ and Department of the Treasury on Friday announced charges against nine Iranian hackers for alleged involvement in state-sponsored hacking activities.

The US Department of Justice and Department of the Treasury on Friday announced charges against nine Iranians for alleged involvement in a massive state-sponsored hacking scheme, the hackers hit more than 300 universities and tens of companies in the US and abroad and stole “valuable intellectual property and data.”

According to the Treasury Department, since 2013, the Mabna Institute hit 144 US universities and 176 universities in 21 foreign countries.

The hackers also targeted the US Department of Labor, the US Federal Energy Regulatory Commission, and many private and non-governmental organizations.

The sanctions also hit the Mabna Institute, an Iran-based company, that had a critical role in coordinating the attacks on behalf of Iran’s Revolutionary Guards.

Gholamreza Rafatnejad (38) and Ehsan Mohammadi (37) are the two founders of the Mabna Institute.

“The indictment alleges that the defendants worked on behalf of the Iranian government, specifically the Islamic Revolutionary Guard Corps,” said Deputy Attorney General Rod Rosenstein in prepared remarks  illustrated at a press conference on Friday.

The US indictment revealed a coordinated effort from 2013 through the end of 2017 involving online cyber espionage on academics with the intent to discover their research interests.

Iranians hackers launched spear phishing attack using messages that would appear to be sent from another professor. The messages usually embedded a malicious link to a bogus domain using to steal victim’s login credentials.

Mabna Institute employees “engaged in the theft of valuable intellectual property and data from hundreds of US and third-country universities… for private financial gain.”  said Deputy Attorney General Rod Rosenstein.

“For many of these intrusions, the defendants acted at the behest of the Iranian government and, specifically, the Iranian Revolutionary Guard Corps,”

Geoffrey Berman, US Attorney for the Southern District of New York revealed that the spear phishing campaign targeted more than 100,000 university professors worldwide and about 8,000 accounts were compromised.

The stolen data included “research, and other academic data and documents, including, among other things, academic journals, theses, dissertations, and electronic books.”

The Manhattan US attorney Joon Kim said Mesri is “had previously hacked computer systems for the Iranian military”. The man threatened to release stolen data unless HBO paid a $6 million ransom in Bitcoin.

Prosecutors confirmed that the Iranian man was a member of the Iranian-based Turk Black Hat Security hacking group that targeted hundreds of websites in the United States and around the world.

Hackers disrupted live broadcasts at Channel Nine. Is it a Russian retaliation? If the recent attack on Microsoft is Chinese Government State Sponsored, isn’t it time for a Cyber Geneva Convention? Port of Houston was hit by an alleged state-sponsored attack WatchGuard Technologies’ 2022 Predictions: State-Sponsored Mobile Threats, Space-Related Hacks and More The Biden administration plans to target exchange supporting ransomware operations with sanctions 58% of all nation-state attacks in the last year were launched by Russian nation-state actors Kaseya releases patches for flaws exploited in massive ransomware supply-chain attack Microsoft Successfully Defended The Azure Cloud From A Massive DDOS Attack. (Spoiler: You Can, Too.)
March 26, 2018