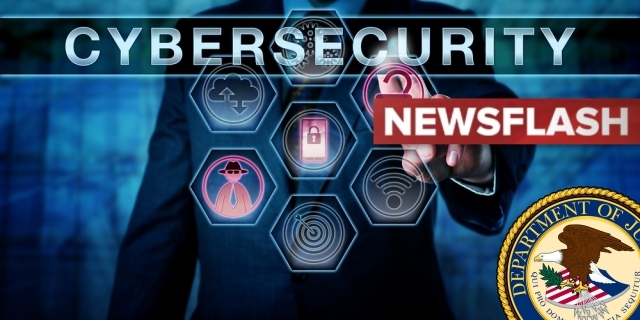 Attorney General Jeff Sessions has ordered the creation of the Justice Department’s Cyber-Digital Task Force, which will canvass the many ways that the Department is combatting the global cyber threat, and will also identify how federal law enforcement can more effectively accomplish its mission in this vital and evolving area.

“The Internet has given us amazing new tools that help us work, communicate, and participate in our economy, but these tools can also be exploited by criminals, terrorists, and enemy governments,” Attorney General Sessions said.  “At the Department of Justice, we take these threats seriously.  That is why today I am ordering the creation of a Cyber-Digital Task Force to advise me on the most effective ways that this Department can confront these threats and keep the American people safe.”

The Task Force will be chaired by a senior Department official appointed by the Deputy Attorney General and will consist of representatives from the Department’s Criminal Division, the National Security Division, the United States Attorney’s Office community, the Office of Legal Policy, the Office of Privacy and Civil Liberties, the Office of the Chief Information Officer, the ATF, FBI, DEA, and the U.S. Marshals Service.  The Deputy Attorney General may invite representatives from other Department of Justice components and from other federal agencies to participate in the Task Force. He may also establish subcommittees to focus the Task Force’s efforts.

The Task Force will be responsible for issuing a report to the Attorney General by the end of June.

The Attorney General has asked the Task Force to prioritize its study of efforts to interfere with our elections; efforts to interfere with our critical infrastructure; the use of the Internet to spread violent ideologies and to recruit followers; the mass theft of corporate, governmental, and private information; the use of technology to avoid or frustrate law enforcement; and the mass exploitation of computers and other digital devices to attack American citizens and businesses.  The scope of the Task Force’s report is not limited to these categories.