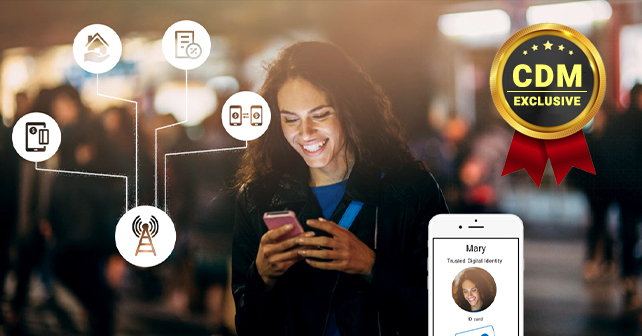 Unlocking Your Users’ Digital Identities with a Selfie

In the world of digital identity verification, there are two distinct realms: the realm of identity proofing and the realm of authentication. These realms have been separate and distinct for decades.

Companies use a variety of identity proofing techniques to remotely establish the identities of users (instead of requiring them to visit a branch office). Asmorepeopleusetheinternet and apps on their computers, tablets, and smartphones to create accounts online and access those services, modern enterprises are exploring online ways to “identity proof” new customers without requiring an in-person visit.

Historically, the function of “identity proofing” was based on the premise that if a person was able to provide a name, address, date of birth and a government identifier (e.g., Social Security number), he or she must be that person. This was never very sound, but it was deemed “good enough.”

When this approach proved insufficient, knowledge-based verification was introduced. This prompted a user to answer questions based on more extensive public records or credit history. This also proved problematic as legitimate customers frequently failed these questions, and it introduced a high rate of friction and abandonment.

More recently, enterprises are starting to require that new online customers capture a picture of their government-issued ID (drivers license, passport or ID card) and a selfie with their smartphone or webcam, and then compare the face in the selfie to the picture on the ID.

After the user is approved and given their account credentials, they need to authenticate themselves every time they log into their online accounts. In most cases, all that’s needed is a simple username and password.  But,  in some situations, businesses need higher levels of assurance to ensure that the person making the request is who they claim to be. These include:

“By 2023, identity corroboration hubs will displace existing authentication platforms in over 50% of large and global enterprises.” – Gartner

There is a better way that leverages the same set of technologies for both identity proofing and authentication that’s fast, reliable and easy to use. It leverages face-based biometrics and liveness detection

A new user goes through a simple two-step process when creating an online account:

In addition to checking the authenticity of the ID document, the 3D selfie is compared to a

government-issued ID to reliably establish the digital identity of the new user. This simple and increasingly familiar process provides businesses with a higher level of identity assurance.

The real breakthrough happens downstream when authentication is required. Because a 3D selfie was captured at initial enrollment, the user only needs to take a fresh selfie (one close up and one a little further away). This new 3D  selfie is then compared to the original selfie captured during enrollment and a match/no match decision is made. But, this time, the authentication step takes just seconds to perform. The elegance of this solution is that the user does not need to be subjected to the entire identity proofing process again — they just need to take a new selfie.

By using your users’ selfies as their second authentication factor, organizations can now factor authentication, companies reissue lost or forgotten credentials by having their users take a selfie. about the need to identity proof Uber drivers upfront, but  also  to continually re-authenticate them on the job to ensure that envision entirely new use cases

the person claiming to be the that go well beyond suspicious logins.

there’s a significant wire transfer from one account to another, financial institutions could simply require the user to take a selfie to authorize the transaction.

Uber driver is, in fact, the Uber driver that was approved to drive. As identity proofing and authentication processes converge,  we think the role of face-based biometrics will enable broader adoption, provide higher levels of identity assurance, improve the customer experience and conversion rates, and better protect online accounts from identity theft and account takeover.

Dean Nicolls is Jumio’s most recent addition to the executive team. He has 25+ years of experience in B2B marketing focusing on cloud services. These include roles at Starbucks, Microsoft, and variety of early-stage cloud-based security companies including LiveOffice (acquired by Symantec), TeleSign (acquired by BICS) and, most recently, Infrascale. At Jumio, Dean is responsible for all branding, PR/analyst relations, product messaging, demand generation, and sales/channel enablement. He holds a Bachelor of Science degree in Business Administration from Pepperdine University and an MBA from the University of Washington.