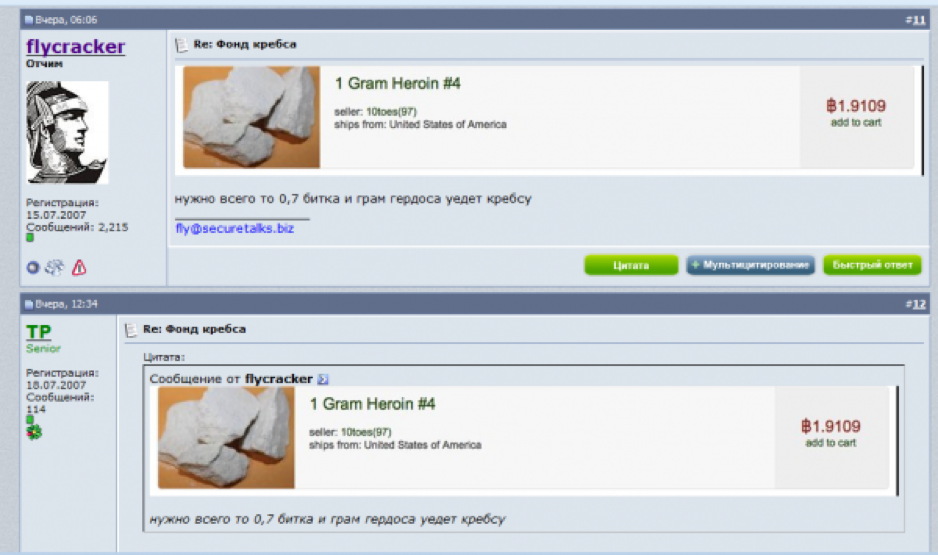 The Ukrainian Cybercriminal who tried to get revenge on Brian Krebs for exposing him was sentenced to 41 months in prison in the US.

The Ukrainian cybercriminal Sergey Vovnenko (31, aka “Sergey Vovnencko,” “Tomas Rimkis,” “Flycracker,” “Flyck,” “Fly,” “Centurion,” “MUXACC1,” “Stranier” and “Darklife.”) who attempted to get revenge on the notorious cyber security investigator Brian Krebs for exposing him has been sentenced to Prison in US.

The man was arrested in Italy in June 2014, where he remained 15 months before being extradited to the United States in January 2016.

The US court to sentenced Vovnenko to 41 months in jail and three years of supervised release, the authorities also ordered to pay more than $83,000 in restitution.

Vovnenko was the administrator on two cybercrime forums, he admitted stealing login credentials and payment card data as part of an international hacking conspiracy, and pleaded guilty to wire fraud conspiracy and aggravated identity theft.

“From September 2010 through August 2012, Vovnenko and his conspirators operated an international criminal organization that hacked into the computers of individual users and companies located in the United States and elsewhere.” reads the DoJ. “They used that access to steal user names and passwords for bank accounts and other online services, as well as debit and credit card numbers and related personal identifying information.”

Alongside his accomplices, he infected more than 13,000 computers with the Zeus banking Trojan to steal banking data.

Krebs started investigating Vovnenko in 2013, the popular expert was able to discover the real identity of the criminal, that to get revenge on him requested donations from other criminals to purchase heroin from Silk Road and sent it to Krebs to get him arrested for drug possession.

Unfortunately for the Ukrainian cybercriminal Vovnenko , Brian Krebs who had infiltrated his criminal forum was able to alert the law enforcement before the drugs were shipped to his address.

“The forum members took care to find the most reputable sellers of heroin on the Silk Road. After purchasing a gram of the stuff from the Silk Road’s top smack seller — a drug dealer who used the nickname “Maestro” — Fly posted the USPS tracking link for the package into the discussion thread on his forum.”

Krebs looks forward to meeting the Ukrainian cybercrime in person on day as explained in his post.

“Cybercrooks have done some pretty crazy stuff to me in response to my reporting about them. But I don’t normally get this kind of closure. I look forward to meeting with Fly in person one day soon now that he will be just a short train ride away. And he may be here for some time: If convicted on all charges, Fly faces up to 30 years in U.S. federal prison.” concludes Krebs.

If you are interested in the story, the Justice Department’s press release on Vovnenko’s indictment is here and the actual indictment can be found at this link.