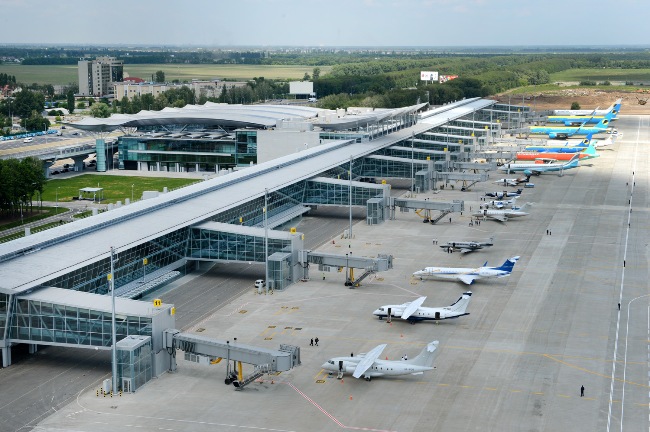 Ukraine blames Russia of cyber attacks against the Boryspil airport

Cyber security experts of the State Service of Special Communications and Information Protection of Ukraine are blaming Russian hackers for a new cyber attack against the Boryspil airport’s networks.

Presidential Administration’s spokesman for ATO Andriy Lysenko (ATO), explained that the systems at the Boryspil airport were compromised with the Black Energy malware. If confirmed, the presence of the malware represents another proof of an Information Warfare operation conducted by nation-state actor against the Ukrainian Government. According to the Government of Kiev, the experts of the State Service of Special Communications detected the attack on the systems at the Boryspil airport and promptly blocked the intrusion.

“Specialists of the State Service of Special Communications prevented a possible hacker attack by Russia. Yesterday, the communications specialists established that one of the workstations at the Boryspil airport was infected by Black Energy virus. The PC was disconnected from the airport’s network, and the experts from the CERT UA group were informed on the incident,” Lysenko said at a briefing in Kyiv on Saturday.

The alleged cyber attack is currently under investigation, but Andriy Lysenko highlighted many similarities with other attacks that recently targeted critical infrastructure of the Prykarpattiaoblenergo, which were attributed to the Russia’s subversive activity.

On December 23, 2015, the Prykarpattiaoblenergo company faced a massive power outage due to a cyber attack that have occurred in concurrency with a DDoS attack against call centers of regional power supply company.

“Due to malfunction of teleautomatics the central part of Ivano-Frankivsk, Horodenka, Kalush, Dolyna, Kosiv, Tysmenytsia, Nadvirna districts and Yaremche zone were temporarily left without power. Prykarpattiaoblenergo faced a malfunction of the call center as it started receiving a huge number of calls.” reported the Interfax Ukraine.

The Ukrainian Government is blaming the Russian cyber units for continuous attacks against its systems, Security Service of Ukraine (SBU) in late 2015 confirmed to have stopped an attempt of the Russian intelligence services to interfere software of the Ukrainian power grid.