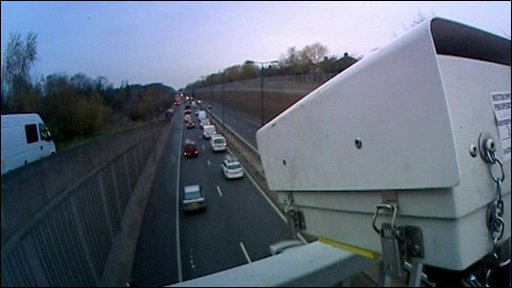 The automatic number plate recognition systems (ANPR) used by the UK police are one of the largest surveillance systems in the world.

When dealing surveillance systems the majority of people imagines skilled hackers that break their computers or communication lines in order to spy on specific targets.

The situation is quite different, we are surrounded by a number of systems that collect an impressive amount of data that could be used to spy on us.

If you are a Briton for example, you have to know that in your country there is a widespread use of automatic number plate recognition systems (ANPR). These systems are used by the UK law enforcement and are considered one of the largest surveillance systems in the world. The principal problem related to the use of the automatic number plate recognition systems is the absence of a legal framework that regulate its usage.

During a speech at Stirling University, the UK’s surveillance camera commissioner Tony Porter raised the issue related to usage of the automatic number plate recognition systems in the UK.

In the UK there are currently 8,300 ANPR cameras that every day collect the data related to 25-35 million ‘read.’ These records are sent to the National ANPR Data Centre, but there isn’t any legal framework governing this process, that clearly represent a mass data collection.

“ANPR in the UK must surely be one of the largest data gatherers of its citizens in the world,” Porter said. “I would like to put forward that the use of ANPR cameras has an extremely unsteady legal framework,”

The UK Government considers the automatic number plate recognition systems just one of the data source available to the law enforcement and, for this reason, they don’t need to be regulated.

I sincerely don’t this so, the ANPR systems of the country belong to one of the powerful “non-military” surveillance network and need to be clearly regulated. Aspect related to data management, data access and their protection have to be shared with the UK citizens.

“I am not 100 percent clear on this and when I’ve spoken to the Home Office they’ve informed me that ANPR is just another tool in the policing toolkit and does not require a statutory authority,” added Porter.

“So, as long as National ANPR Standards and Procedures offers sufficient safeguards to protect against the article 8 right against intrusion into privacy any legal challenge is set to fail. Or is it?”

“But who gave their consent to this? Where is the legislation, and where was the debate in parliament? So I argue that some forms of surveillance have no legislative framework whatsoever,” he added.

To support Porter it arrives the statements of Daniel Nesbitt, research director of Big Brother Watch, who argues the need to open a debate on the usage of number plate recognition systems.

“Although ANPR was first installed to tackle specific issues with 350 images now being captured every second it is impossible for motorists to travel without having their details captured and stored, regardless of whether or not they are doing anything wrong,” explained Daniel Nesbitt.

“An open and honest debate about how this technology is being used as well as how far it invades the privacy of ordinary motorists is now long overdue. For starters we need to see regular reports being published on how the system is being run and exactly what safeguards can be put in place to protect the public.”

When dealing with surveillance systems, especially civil ones, I’m always worried about the effective level of security they implement. A persistent attacker could breach them accessing an impressive amount of data that could be used to harm the Homeland security. I believe that also the security of these systems must be regulated in a legal framework to protect citizens.

The 5 Biggest Mistakes in SD-WAN Security Misconfigurations are the biggest threat to cloud security, period Biggest Cyber Trend in 2022 Why And How to Eliminate Security’s Biggest Blind Spot: Transport Layer Security (TLS) Biggest Cyber Trend in 2022 The 6 Biggest Financial Sector Cybersecurity Threats in 2022 The Cost of a Siloed Response: How a Lack of Collaboration is Becoming Security’s Biggest Vulnerability Addressing the Growing Cybersecurity Risks of Cyber-Physical Systems
December 8, 2015