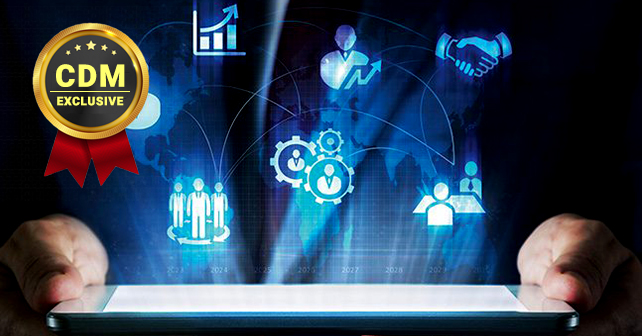 Two Steps on – One Step Back

Repeating is the mother of knowledge, the ancient Latin saying would suggest. Further, the Chinese proverb would tell – Practice leads to great skill or Practice makes perfect. Anyhow, in order to gain the skill, you need to maintain some routine which would support you in becoming flawless with some responsibility. As the martial art practitioners would do the same spectrum of exercises again and again and get the black belt as the proof of their competency in that sport, we should apply the similar approach to the modern marketplace and its workforce. For instance, we believe that repeating the same routine, again and again, could increase your IQ for that area and make you obtain the brilliance in that field. There are so many people worldwide who got the good predispositions to some task and if we offer to those folks an opportunity to raise and grow developing their potential to full – we can expect the real champions in such sports. Your sport could be tennis, athletics, gymnastics or any other intellectual competitions. In other words, it’s quite important to get that at first glance; you need to deal with the talent pool which would provide you the access to young people getting the great learning curve to some business and at the second stage; you should understand that you need to work hard with those gifted people in order to produce the next generation of leaders. In this effort, we would use the word – sport – and in such a case; we would mean any kind of activities that seeks the players. The players could act independently or as part of some team. Finally, any competition is nothing else, but the game where at least two sides would play in order to win such a match. Above all, we believe a similar way of thinking could get assumed in terms of security and its workforce.

The Rationale for Creating Security Training

Certainly, there is a huge need for security education and training programs, but it’s also necessary to make a selection amongst all the offerings that could get found on the marketplace. The decision makers who would approve the funds to some solution should care about both – budgeting and purpose of the courses they intend to accept or reject. In so many cases, there is a big need for the training rationale that would provide you an opportunity to make the careful grading of offerings coming from your organization or the supporting contractors. Anyhow, it’s so important to pay the great attention to some kind of training assessment forms that would help you to evaluate any proposal on. The modern security landscape is so flooded with so many different offerings, but even that amount of propositions is not sufficient to satisfy all the marketplace requirements. For instance, so many developing countries would miss the appropriate education and training courses in so many areas of business and that is especially the case with the small businesses which would undoubtedly suffer the huge lack of training to their workforce. Also, security is an area that would need a lot of good practice and its decision makers should care about the practical impacts of once selected courses. In so many fast-rising economies, the imperative in any field is the skill and if you offer the people a good mix of theory and practice – you would get in position to produce the next generation of the black belt masters in that sport. The point is whatever you do in your life or business – you need to exercise hard in order to maintain that level of skills on.

Could we memorize the entire Course?

The fact is if you spend 8 hours or several days on some seminar – you would get difficulties to memorize all those information on. It may appear as easy at the beginning to deal with the new concepts and topics, but as time goes on you would realize that only a few things would leave in your memory. The security itself is not only about the cyber defense, but there is a great role of physical protection amongst that field. So, the point is very simple! If you want to make your physical security workforce gets the skill in some martial art or the weaponry usage – you need to show the same and same routine again and again. In addition, there is the big deal of experience you need to gain in the practice in order to become the real master in your business. The similar situation is with the cyber defense! If you want to obtain the black belt for cyberspace, you need to practice so hard in order to get a great skill, so far. Further, it’s the matter of motivation how hard the people would want to make any progress in their business on and sometimes if you choose the good candidates to some security program you could use the assistance of your psychological team in order to estimate what drives those promising people. Finally, if you make the good mix of predisposition, motivation, and practice – you would definitely produce the next generation leaders to your purposes.

The experience would suggest that the people would mainly easily accept the simple concepts, while the complicated topics would only confuse them. It’s so hard to accept something you cannot understand at first glance and if there is no chance to make something new – you would get difficulties to lately apply so in the practice. In other words, you would get a lot of troubles to enforce the law or secure the cyberspace if you do not understand how those things work. The security is about risk management! It sounds simple, right? Basically, it is – only if you find the right way to explain such a concept to your attendees in so understandable manner.

The piece of paper can take all, some experts would assume. The fact is it’s important to take notes about your activities and get the written clues about everything you do. In the modern world, so many knowledgeable people would suggest documenting all you do in order to get a chance to lately repeat all you need to know about that subject. Also, it’s significant to take the huge care about your security training resources either they are textual, audio or video by their character. The repeating is the mother of knowledge, so it’s quite obvious why the need for good resources is such a big.

Make Thinkers out of Your Defense Force

The people being the part of a defense force are at least so intelligent and anyone choosing such a career is the good learner. The most important thing with the security is to keep moving on and indeed, the security folks would commonly use their brain cells in order to tackle some satiation, concern or even challenge. In other words, make your security training getting inspiring and making the good guys think hard about their responsibilities. It’s not that hard, is it?