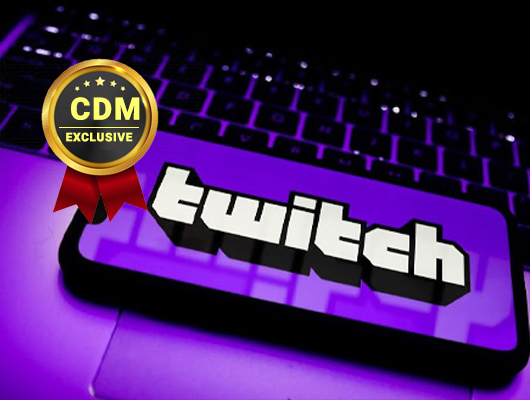 An anonymous individual has leaked the source code and data of the popular video streaming platform Twitch via a torrent file posted on 4chan.

An anonymous 4chan user has published a torrent link to a 128GB file on the 4chan discussion board, the leaked archive contains sensitive data stolen from 6,000 internal Twitch Git repositories. The leaker, who used the #DoBetterTwitch hashtag, claims to have leaked the data in response to harassment raids targeting the platform streamers this summer.

In August, the streamers used the same hashtag to share on Twitter evidence of the hate raids that targeted them, at the time the platform chats were flooded with hateful content.

“Their community is also a disgusting toxic cesspool, so to foster more disruption and competition in the online video streaming space, we have completely pwned them, and in part one, are releasing the source code from almost 6,000 internal Git repositories,” reads the message published by the leaker.

The popular video streaming platform confirmed the security breach and is investigating it to determine the extent of the incident.

We can confirm a breach has taken place. Our teams are working with urgency to understand the extent of this. We will update the community as soon as additional information is available. Thank you for bearing with us.

The company confirmed that the data was exposed online due to a misconfiguration of a Twitch server.

Twitch provided today an update about its investigation and announced to have reset all stream keys as a precautionary measure. Users can get their new stream key here: https://dashboard.twitch.tv/settings/stream.

Depending on broadcast software used by the customer, they may need to manually update the software with this new key to start their next stream:

The company added it is not aware that login credentials have been exposed.

At this time, we have no indication that login credentials and credit card numbers have been exposed.

“As the investigation is ongoing, we are still in the process of understanding the impact in detail. We understand that this situation raises concerns, and we want to address some of those here while our investigation continues.” reads the update published by the company. “At this time, we have no indication that login credentials have been exposed. We are continuing to investigate. Additionally, full credit card numbers are not stored by Twitch, so full credit card numbers were not exposed.”