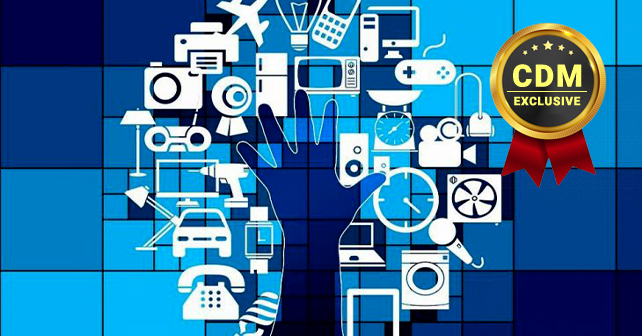 The IoT is evolving and 2018 brings something fascinating for developers and IoT industry. Both the businesses and consumers are seeking for next big innovation. Everyone across the globe is ready to embrace the impact of IoT on their lifestyle. Today, ATMs can report crimes around them and it’s all because of the technological advancements and artificial intelligence.

Internet of Things connected devices has become an irreplaceable part of our lives both inside and outside of our work area. As per the reports, there will be nearly 20 billion active IoT connected devices in the next two years. The technology is broadening its wings in the energy, industrial, and transportation sectors and continuing to experience more deployment in fields like retail and healthcare.

Fig – Showing top trends of IoT for developers in 2018

Lesser standardization and fragmentation will continue

We are becoming more dependent on digitally connected devices. The adoption of IoT technology among human will be large, but be slow. The reason behind the slow speed of adoption is lack of standardization.

Though industry leaders are putting immense efforts to create certain standards and eliminate fragmentation, yet they are not succeeded. The chances are less for clear standards development in the near future as well.

What problems are faced by industry leaders for IoT standardization?

These are the three issues industry leaders are facing for IoT standardization. This trio is interlinked and they need all of them to make it work. Absence of one thing among these three will break the model and standardization process remains incomplete.

The popularity of IoT in the past 3 years has made it possible for developers to introduce billions of interconnected devices. At the end of 2018, it is expected that the devices number will at least double and may hit the 46 billion mark by 2021.

Benefits of using smart devices are-

Security remains the major challenge with most technologies and is still a concern for IoT industry. Since the world is getting hi-tech, cybercriminals are keen to target more devices. The data security risk is just not limited to smartphones, but baby monitors, wearables, wi-fi inbuilt cars, and medical devices are prone to be breached.

The technology of Blockchain works by improving trustworthy engagements in an accelerated, secured, and transparent pattern of transactions.

How can market leaders secure IoT with blockchain?

Since IoT technology is just not altering the internet, but also making changes to the things connected to the internet; developers are now concerned about data protection. They know the complexity of managing information at all levels as the data will flow throughout several admin boundaries with a variety of intents and policies.

Businesses need to respond by widening the scope of their security strategy to deploy the latest online devices. They have to make changes to security to each IoT deployment as per the unique features included in the devices and the risks related to the networks connecting those devices. BI intelligence expects to introduce solutions to secure the Internet of Things devices and systems to enhance fivefold over the next few years.

Coming to the Blockchain, it is a database that maintains a growing set of data records. It has two types of elements –

Transactions are the actions that participants create in the system.

Blocks help in recording these transactions and ensure they are in the right sequence. They also record a time stamp of the transaction addition.

Blockchain technology is the missing link that can be used to settle privacy, scalability, and reliability concerns in the IoT. With the help of this technology, leaders may be able to track billions of connected devices, process transactions, and devices coordination. This decentralized approach would be helpful in eliminating every risk of failure by creating a reliable ecosystem for devices to perform. Consumer data would become more private with the use of cryptographic algorithms.

Blockchain enables secure, protected messaging between devices in an IoT network. It will enable true autonomous smart devices through which data exchanging will be possible or financial transactions can be executed, in the absence of a centralized broker. It will be achievable because of the nodes present in the blockchain network that will check the validity of the transaction without any involvement of centralized authority.

The Seven Deadly Sins of Blockchain Security Blockchain Security: Can You Trust This Technology? Blockchain in Retail Will Soon Become a Universal Concept- Explore the Scenario 2021 Predictions: Addressing the Challenge of Cloud-Native App Security The Importance Of Protecting Your App’s Source Code Are you maximizing your digital transformation investments with modernized app onboarding? Mobile App APIs Are Crucial to Businesses – But Are Under-Protected Smart IoT Security Starts with a Secure Network
June 19, 2019