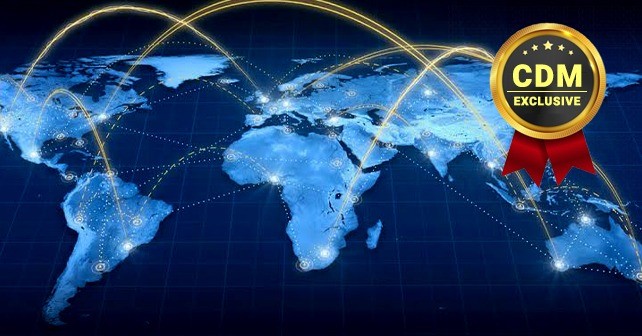 As it’s known – threat intelligence collection is mainly increasing in developing countries. These countries could be a source of the real risks, threats, and challenges that should be managed carefully. It’s especially concerning to investors coming from a developed world to deal in such an environment for a reason of quite a huge level of the risk to their business reputation and much more.

Through this article, we would talk about how threat intelligence being gathered in a developing world could be used by “the first line of defense” community to update some national strategies, plans and decisions. In other words, we would try to discuss how intelligence services could be used to prevent their countries from cybercrime, organized crime or even terrorism.

Many businesses from the western countries would be outsourced or run into developing societies. The reasons for that decision could be somehow different, but the interest is the same – the investors believe they may make a good profit taking advantage over the inexpensive and skillful workforce.

Practically, that would be the case in the past and such a strategy would demonstrate some results. New times bring new customs, so maybe we should think about how to overcome some of today’s obstacles.

For instance, the mass usage of computers with the internet connection worldwide would begin through the ‘90s and such an occurrence would make us think about cybersecurity. Today – the world is dealing with nearly 3 billion internet connections and much more computing devices being stationary or mobile.

Also, many people would use their mobile phones to log onto some public networks. For such a reason, it’s clear how the world has changed and why it’s important to adapt to those changes.

For instance, this new time would bring many advantages and some disadvantages being reflected through the lack of a good cyber defense practice over the globe. Many western businesses would try to outsource their production, services or manufacturing into a developing world primarily being led with the intent to make a good profit.

They would use computers and their networks being exposed to the global web to exchange electronic mails or some confidential information through their communications and correspondences. The trick is that those offices or companies are not isolated there.

They would use the local internet, telecommunication connections, utility, electricity and many more infrastructural advantages offering them a suitable work process. Also, they would deal with the local suppliers and contractors which would produce many of those to them.

So commonly, the companies coming from a developed world would use a certain amount of cyber protection being aware of the consequences of hacker’s attacks and the rest of intruder’s activities.

On the other hand, the trouble is they would stay open to attacks coming from their suppliers or unreliable local internet providers.

Let’s say that some local small businesses may be a supplier to some big western’s company offering it some qualitative goods and services for a quite suitable price. Maybe, such a company would get set up some cyber defense infrastructure and deal with some sort of security procedures and policies at a work, but its small supplier would not pay any attention to cybersecurity.

Those suppliers would so easily get a target to a skillful hacker’s attack and the bad guys would obtain much confidential information about everyone including that successful western’s business.

Following such a track – they so easily may come to the origin of the business being in that developed country, so they may sell some details on a black marketplace or eventually publish some information on the web making those small businesses collapse and that developed country’s company getting a compromise to its reputation.

Also, we would mention that the local internet providers would not offer a top-quality web service and so often many malware and the other malicious applications would get present with that region’s web.

It’s a usual case that every area worldwide would have their local malware developers who would share their efforts with the hacker’s community, so quite frequently those pieces of code would stay undetected using some standard anti-malware software.

That’s how many computers in the US and Europe could be infected and people would not recognize that because their anti-malware database would not match such malicious software to any known malware being discovered until then.

For all of those reasons, it’s important to raise awareness about these concerns worldwide. The developed countries would get an interest to invest in developing regions for a reason of taking advantage over their inexpensive and qualitative workforce, while poor countries would see that activity as a chance to create new employments and decline the level of poverty there.

So, it’s significant to understand that only international collaboration getting everyone aware of the importance of cyber defense in a modern business could produce a good result to all.

Finally, we see this as a good approach to make a better world dealing with knowledge and education and not with the ideology and religion making it returns several decades back.

Practically, it’s all about security and good risk management which could offer everybody to live in peace and make progress through their lives.

So, as technology brought progress to the entire humankind – it’s clear that such advancement could unite us all in bringing a better future to the coming generations of people.

It’s obvious that we would always cope with the changes and it’s recommended to keep some of the good practices from the past and try to adapt it to the present times.

As a theory of evolution would suggest – only being capable to survive through many times are not those being the strongest ones, but rather those being the most adaptive ones.
In conclusion, it’s so important to deal quite intelligently in any situation and try to overcome your obstacle not going through it, but rather around it.

No matter how that stone got strong and you believe you can push it – you would just lose your time and energy, while an elegant walk next to it could take less time and energy being so necessary to get saved to the next obstacles.