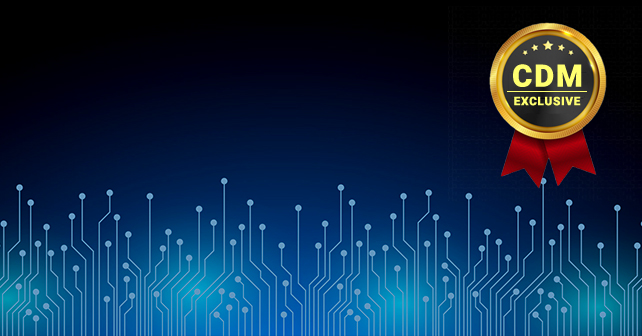 Threat and Incident Response – Closing the Loop in Cyber Defense

Two of the Gartner’s 2019 top 10 security projects involve threat detection response and incident response. This highlights the importance of remediation and response aspects in cybersecurity, they are the last steps taken to close the loop in threat and attack defenses.

Threat or incident response refers to the techniques and processes as well as the remediation actions that are taken based on the analytical conclusions together with the forensic evidence and other threat detection enrichment from threat intelligence. The purpose is to throttle the attacks in progress, break the attack kill chain, isolate or confine any collateral damages as the result of these attacks.

Once an attack alert is triggered or abnormal behavior is detected, the security analyst or admin must conduct threat analysis to validate the threat alert, remove any possible false positive, assess the risks this have brought to the attacking surfaces and take proper actions. This is the threat and incident response process, It usually contains several stages:

Various techniques and tools are used to collect forensic evidence including getting information from the associated packets capture, extracting metadata from the network and traffic logs, retrieving files or process information from the endpoints, collecting global threat event feeds from the cloud, etc.

On the continuous monitoring system, which most systems are today, this information usually has already been collected, cleaned, normalized and stored in the security data lake, and for a certain period of time. With necessary data available, threat hunting can be conducted to zoom in the offending sources of the attacks as well as to prepare any forensic pieces of evidence.

WHOIS information, various blacklists, and reputation data, also importantly, any possible relationships in the past and present. Threat enrichment can be a great help in assisting the threat analysis process, improve the accuracy of detection and strengthen the confidence of the findings.

In this stage of the process, various techniques, tools, and algorithms are applied to the threat data assembled earlier. This generally includes statistical-based analysis as well as behavioral based analysis. These mechanisms are used to correlate traces of the attacker over time and space spectrums, connect all the dots together, reconstructs kill chains and provide security analysts and admins insights of the attacking in progress and provide conclusive evidence that a real threat attack has occurred and either host machine or server assets have being compromised.

Many companies and products utilize machine learning and AI driven analytical mechanisms to derive final predictions based on either big data analysis or user behavioral analysis (UEBA). This has been a very active area in threat analysis and has quite a number of products. ML and AI-based mechanisms have been effective in assisting to find and detect unknown malware or malware with mutations as well as preventing 0-day or more sophisticated, hidden attacks.

In this stage, various remediation actions can be taken as the result of analysis when necessary, these can include:

Most of the products in this space today still focus on alert reporting, visibility, and other presentation optimizations. On the other hand, the incident response often largely conducted manually which is often resource consuming, tedious and ineffective.

The rudimental requirements for effective threat and incident response include:

Technologies must be in place to extract those real valuable threat data out of the vast amount of information, much of them are usually normal traffic data but considered noises to the threat analysis. There are also requirements for threat attack visibility to provide more clear and focused visibility to security analysts and admins to avoid distractions or get bogged down by either false positives or false negatives.

It is critical that the remediation actions taken based on the threat analytical process should not cause disruptions to normal business. Any misfires or disruptions to normal business will eventually undercut the purpose of threat incident response. In real deployments, remediation actions should be prioritized and in some cases, use two steps confirmations to ensure accuracies. Today, more companies are adopting the cloud-based analytical platform to conduct multi-dimension threat analysis on global bases to ensure threat accuracy and effectiveness.

Threat data need to be collected on a continuous base in order to establish any possible threat and attack contexts over a period of time. It becomes infeasible to do efficient threat data mining or threat analysis manually.

Automating analysis process has becoming vital to help to quickly find out the root cause of the threat alerts among ocean loads of data, free security analysts and admins from daily workloads and those repetitive jobs and instead, to focus energies and resources on high value and high priority targets. This is particularly true after large scale security analytical platforms mature. Threat incident response automation tools and the process has formed a new sector in cybersecurity called Security Orchestration and Automation Response (SOAR) where the processing workflows are defined in so-called playbooks. Each playbook can be used to handle certain types of threat incident analysis and response.

Threat and incident response products can come in a standalone, all in one form, it can also be part of the security analytical platform or SOC/SIEM based platforms. These days, most security vendors are using a cloud-based platform to collect threat feeds from different sources globally, conduct analysis and update results to the deployed entities globally.

This year at RSAC 2019, quite a few security vendors are coming to 2019 to showcase their products which integrate threat and incident response capabilities.

The intelligence capabilities on Hillstone Networks iNGFWs and breach detection system carry multiple detection engines that can conduct conventional signature-based detection as well as behavioral based analysis using machine learnings, after threat alerts are triggered, threat analysis is conducted, either manually or automatically, after mitigation actions can be done at the iNGFW or endpoints upon admin’s confirmation.

In the near future, there will be more threat and incident response capabilities from Hillstone Network’s security product portfolios.

Timothy Liu is a veteran of the technology and security industry for over 25 years. Mr. Liu is co-founder and CTO of Hillstone Networks, responsible for global marketing and sales. As CTO, he is also responsible for the company’s product strategy and technology direction. Prior to founding Hillstone, Mr. Liu managed the development of VPN subsystems for ScreenOS at NetScreen Technologies, and Juniper Networks following its NetScreen acquisition. He has also been a co-architect of Juniper Universal Access Control. In the past, he has served key R&D positions at Intel, Silvan Networks, Enfashion and Convex Computer. Tim can be reached at our company website https://www.hillstonenet.com/