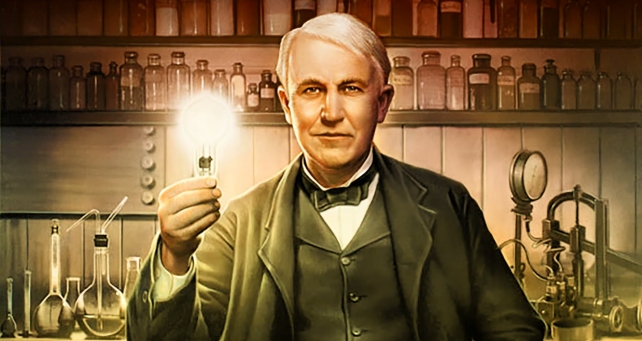 As an inventor and patent holder on various cybersecurity inventions and having been involved in the eary days of the internet, including having the opportunity to be in the RFC process for the FTP protocol, adding my own ideas to it (MPUT and MGET) for example, I was thrilled and honored to learn about the Edison Awards and be invited to attend this year.  Established in 1987, the Edison Awards is a program conducted by Edison Universe, a non-profit 501 (c)(3) organization dedicated to fostering future innovators.

Heroes can inspire us to be creative, passionate and inventive…

We all have heroes – sometimes it’s a firefighter or a police officer or an ambulance driver – or a parent or grandparent – or someone invented in a comic book – to make us believe we can do anything – that we can be superheroes.

Do you have a childhood hero?  Edison was one of mine…

As we grow older, if we don’t lose our ‘inner child’, we strive to change the world and make it a better place.  We reach for the stars, sometimes not making it and landing only on the Moon – but what an adventure and what a great start.  Sometimes we fall, only to be helped up by a friend or even an angel (whether that’s an investor in business terms, a person who gives without asking for anything return or a spiritual manifestation, you decide) when needed the most.  We can also find new heroes as we grow older who continue to inspire us.  In fact, my good friend Gary Berman was a cybersecurity victim, now turned cybersecurity hero.  Learn about him and be inspired.

One of my childhood heroes was Thomas Alva Edison.  Thomas Alva Edison (February 11, 1847 – October 18, 1931) was an American inventor and businessman, who has been described as America’s greatest inventor.  He is credited with developing many devices in fields such as electric power generation, mass communication, sound recording, and motion pictures. These inventions, which include the phonograph, the motion picture camera, and the long-lasting, practical electric light bulb, had a widespread impact on the modern industrialized world. He was one of the first inventors to apply the principles of mass production and teamwork to the process of invention, working with many researchers and employees.  He is often credited with establishing the first industrial research laboratory. (Source: Wikipedia.org).  Learn more about him and be inspired.

I liked the stories from his childhood – when the teacher told his mother ‘he won’t amount to anything – he doesn’t pay attention in class, etc, etc.’ Today, instead of realizing we have another potential Edison we might also still to this day, think we have a dim witted student when in reality, their brain, their lightbulb is firing on all cylinders…but I digress.  Back to having an imagination, being distracted by new ideas and visions of a new tomorrow – that’s what Edison was all about.

I could see him sitting in that class, with his mind, far away, somewhere else, in the stars, thinking up new inventions – in fact he was one of the first, at an early age, to start his own newspaper – print it and deliver it on a train.  Read his story, you’ll find it amazing.  What’s most amazing to me about him, was that whether or not he actually was the first to invent the lightbulb, he was the first to mass market and commercialize it.  His visionary ‘inventor’ brain included the smarts to realize that no great invention sees the light of day without customers.

On that note, let me introduce you to cybersecurity solutions that have made it through the tough vetting process at the Edison Awards and have won my attention, as well.

The revolutionary innovations in cybersecurity for the Edison Awards this year, are:

The winners will be celebrated in an intimate setting during the day at Meet the Innovators Forum featuring exhibits and a keynote from Ginni Rometty, CEO of IBM. In addition, Diana Zhou from Virgin Hyperloop will discuss the future of transportation.

At night, there will be a gala reception at the Capitale where the gold, silver, and bronze winners will be awarded and Ginni Rometty will receive an Achievement Award, all while being entertained. Here is the schedule of events http://www.edisonawards.com/2019schedule.php

If you can’t attend, I’ll be there, take notes and share a followup story with you, soon after the Gala event.  If you busy inventing the next big thing for cybersecurity, keep me in the loop and keep on working for a bright new tomorrow.