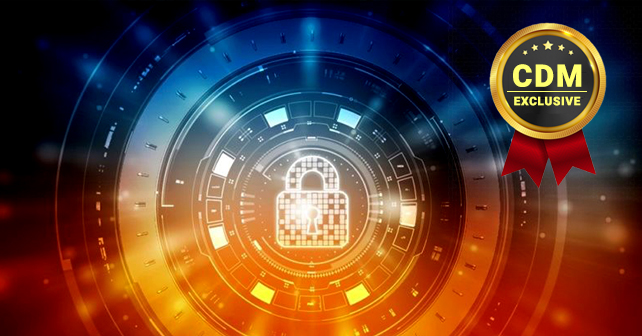 Think like a hacker! and other tips to make you cyber resilient

by Arik Liberzon, Founder of Pcysys

Think like a hacker. It seems so obvious but you might be surprised to hear that most cybersecurity professionals were taught to think about cybersecurity from a defensive standpoint. How to protect against a hacker’s attack versus asking the question, if I were a hacker how would I penetrate this network? Today, more than 90% of cyber technology expense is directed towards defense technology. The challenge is that current defensive tools are not flexible or dynamic enough to evolve and align with advancing hacking techniques.

I’ve spent my most recent professional career in cybersecurity beginning with an expansive career in the military, where I primarily led a classified cyberwarfare group. In this capacity, I came to understand many aspects of cybersecurity that I later applied while establishing my cybersecurity start-up Pcysys.

Here are my top 3 tips that are paramount to keeping your organization secure and they all center around thinking like a hacker:

This is the number 1 consideration. You must always think like a hacker when you are making decisions about your cyber defense. I thought about this in particular when hiring my cyber defense team.

During my time in the military, I was tapped to lead a cyber warfare group in the Israeli Defence Forces. The main objective of this unit was to test our network infrastructure to see how vulnerable our systems were to hacker attacks. My first order of business was to hire a team. I interviewed countless candidates with stellar backgrounds in computer science. I dismissed many of them. The hackers that wanted to penetrate our systems were relentless, skilled and bad-intentioned professionals, and I needed people that could think just like them and act just like they did.

In short, I needed to hire a team that knew how to incorporate a hacker’s perspective; that could essentially be the hacker – a person that wouldn’t eat or sleep until they penetrated our own network. Knowing how we could attack our own systems would give us far more information to help us defend ourselves than merely fortifying our security defenses. I would encourage every company to have one member of their cybersecurity team whose dedicated role is opposition focused and that person should possess a rebel mindset.

Being aware of how a hacker thinks and acts will keep you on the offense. And the offense is always the best defense.

The persistent nature of hacker attacks combined with today’s advanced exploitation techniques is such that they give hackers the ability to take advantage of vulnerabilities at an opportune time. This makes it nearly impossible to protect your organization using traditional cyber security methods.

We estimate that 80% of cyber defense will be automated in the coming years and it’s important for an organization to incorporate intelligent, machine-based defensive software that operates 24/7. The ability to perform, for example, machine-based penetration testing that continuously thinks and acts as hackers do, is the best way to make sure that businesses have their cyber defense line as tight and strong as possible.

Tip 3: Protect yourself on the inside

One of the main pillars of a comprehensive cybersecurity strategy is to build up and strengthen your defensive walls (firewalls, WAFs etc.) to keep hackers from getting in, but what many people in cyber security don’t realize is that most attackers are already inside. To protect your company’s crown jewels, you need to strengthen your security systems from within to prevent irreversible harm. If you follow some practical advice you can greatly reduce the likelihood of an attack:

Arik Liberzon Founder and CTO Pcysys were founded by Arik Liberzon, who lead an Elite Cyber Warfare group at the Israeli Defence Force’s computer service directorate. His group was responsible for penetration testing into strategic asset networks and national mission-critical systems. Following a decade of mastering the Penetration Testing profession, Mr. Liberzon modeled his mastership of ethical hacking into software and together with the serial IT entrepreneur, Arik Faingold, founded Pcysys in 2015.