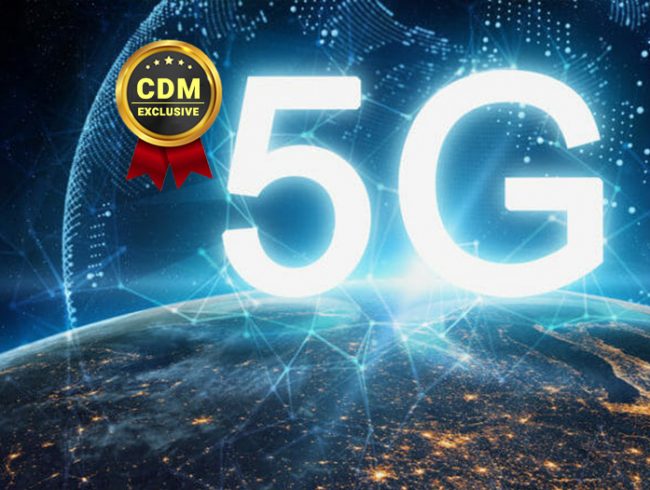 The Solution to Overcoming Cyber Threats in A 5g World

Optical Wireless Communciations (Owc) Will Be Key For Maximizing Security

Nearly 6 billion Internet of Things (IoT) devices were in service worldwide at the end of 2020, according to Gartner. But mobile operators aren’t the only ones chasing that opportunity. Hackers are, too.

Each additional IoT device creates another potential back door for hackers to steal identities, financial records and other confidential information, or take control of vehicles and critical infrastructure such as public water supplies. All of these cyber attacks have been around for years, but there are several reasons why 5G significantly increases the opportunities and vulnerabilities:

With 3G and 4G, mobile operators and vendors touted cellular as being inherently more secure than Wi-Fi, which hackers had learned how to eavesdrop on to harvest data traffic. But this creates a false sense of security — one that carries over to 5G, too. As long as the standard for wireless communications is radio frequency (RF), the IoT network signal can be intercepted and potentially decrypted to obtain sensitive information.

OWC is inherently more secure than RF. One reason is because an RF signal is delivered to both intended and unintended recipients. Some unauthorized recipients may have the ability to decrypt that data.

By comparison, a laser is focused on the intended recipient, making it extremely difficult for unintended users to detect that signal, let alone eavesdrop on the voice, video or data that it carries. This inherent security is a major reason why government agencies such as the U.S. Department of Defense and many commercial users are so interested in optic wireless as an alternative to RF.

Another key benefit is speed. For example, optical communications systems that support over 100 GB per second in point-to-point links have been developed.

OWC’s security and speed do not come with a hefty price premium, either. Overall, from a size, weight, power, and cost perspective, an OWC solution will be less expensive than its RF equivalent.  One of the main advantages of OWC is that its operating spectrum is currently un-regulated, and thus there is no cost for utilizing the particular spectrum. The acquisition cost of 5G spectrum on the other hand can be quite costly as evidenced by the recent FCC Auction 107, which closed at a staggering $80.9 billion for use of the 3.7-3.98 GHz band. As seen in the evolution of electronics technology, it is expected that not only do the next generation of capabilities come cheaper on a unit basis (e.g., cost per bit), but must come down geometrically. OWC equipment will do just that as its ability to do 10 to 100 gigabits will be very efficient.

Optical wireless also can complement 5G. One example is providing fronthaul or backhaul to cell sites in rural communities and other remote areas where fiber and copper are unavailable or prohibitively expensive to build out and RF would not support high enough throughput to support the traffic. For both public and private 5G networks — regardless of location — optical wireless connectivity also provides a way to address vulnerabilities on the backhaul or fronthaul.

In these scenarios, optical wireless serves as a powerful new layer of security for 5G networks — and all of the IoT applications running over them. Considering all of the emerging threat vectors that mobile operators, private network owners and end users will have to contend with in a 5G world, optical wireless is in the right place at the right time. 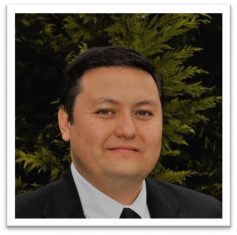 Michael Abad-Santos is senior vice president of business development and strategy at BridgeComm, bringing more than 20 years of experience in the telecommunications and satellite industries with a focus on the government market sectors, both domestic and international. Prior to BridgeComm, Michael served as chief commercial officer at satellite communications solutions provider Trustcomm, Inc. before joining LeoSat Enterprises as senior vice president, Americas, overseeing commercial activities, strategy development and execution in the Americas region as well as government activities worldwide. In addition to helping secure pre-series A investments of $20 million, he helped secure two strategic investment partners and more than $2B million in pre-launch memorandums of understanding (MOUs) for commercial services.

Michael also held various leadership roles at Inmarsat over a 10-year period, including serving as senior vice president of its global government division. A sought-after subject matter expert and speaker, he has presented at industry-leading events including SpaceCom, ITEXPO and MILCOM among others and is a consultant at the Software Engineering Institute at Carnegie Mellon University working with Department of Defense leadership on the intersection of software engineering and space and weapons systems development.

Michael can be reached online on LinkedIn and at our company website http://www.bridgecomminc.com/.