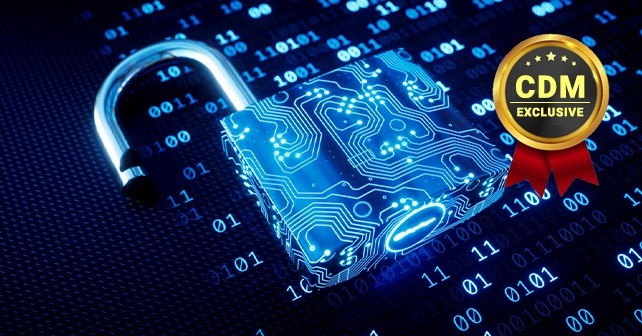 The Smart Encryption Procedures and Policies

The need to hide the message from your opponent would exist since the beginning of the ancient time. With the first countries and the rise of human activities and progress through history – the people would feel the need to camouflage what they really know in order to take advantage of such findings. Many folks would believe that the cryptography would come with the first electronics and digital systems, but that’s not the fact for a reason so many cryptographers would work in the past trying to protect someone’s interests and infrastructure, so far. Through the previous times, there would be a lot of army or rulers’ couriers who would take the messages from one place to another and once they come to the certain destination – they would put those pieces of information into the hands of so skillful encryption staffs. Also, you could try to imagine how knowledgeable the people in the past were for a reason they would perfectly know how to develop some cryptosystem on the piece of paper or the part of the skin and explain to the origin and destination forces how to prepare and decrypt their secret contents. The point is so many armies, law enforcement, and military officers through the past times would so carefully go through so useful training and learn the secrets of the good crypto-protection. Also, there would always be the people who would so elegantly play with the mathematics and the beginnings of the engineering and who would get capable to invent the new and new cryptosystems that would be the good enough to offer some kind of advantage to their countries, militant groups or the overall communities. So, the history of cryptography is so huge and maybe even today we can talk about some smart encryption and the fact is that sort of benefit would be present, so far – but we should get that the smart cryptography is not only the product of this time and so many competitors even in the ancient time would believe for themselves they would deal with something being such smart – especially if they took advantage or got the war relying on such a solution.

The challenge of endpoint security

With the nowadays digital age, we would use the computing units and some kinds of communications channels in order to transfer the secret message from one point to another. It’s quite well-known that the hackers, as well as cybercriminals, would so easily threaten the endpoints of some digital system for a reason if we cope with the device getting the internet connection – that device could get exposed using so simple hacking tool. In other words, there is some concern that if you are encrypting and decrypting the message or the entire file on your computer someone getting in possession of your IP address could make a breach to your asset and get which sort of password or key you are using for the purposes of your cryptographic needs. So, the crucial question here is how to manage your secret key and which communications line to use in order to make the safe transfer from one place to another. The point is anyone could do the espionage of your endpoint spot being connected to the web and so easily see what you are typing on your screen. For the purposes to avoid such a scenario – we would kindly suggest doing encryption and decryption of your sensitive content on the computer that is not connected to the internet for a reason that would decrease the chances to the bad guys to discover what you do on your machine. Apparently, that’s not any kind of the absolute security because there are so many professional defense tools that could expose your electronic device even if it is not linked to the web and in so many cases, such a system could belong to some competitors’ governments. Differently saying, there is only the good practice that can support you to manage your risk at the lower possible level and if such a procedure helps you to get the battle you can say you got so smart in front of your ongoing enemies.

How to manage your cryptographic key

In the modern days, there are plenty of ways to manage your cryptographic key or the entire cryptosystem. For instance, you can always use some well-protected communications channels in order to pass your key through so and also, some experts would suggest applying the web-based encryption key management. Remember – we would always talk about the risk coming from being online for a reason in such a case – even kid can expose your machine and see what you do with there. Maybe the old good advice could work even today and that is we could try to transfer the cryptographic key and the entire encryption procedure instructions using the special courier, so far. By this, we would not mean that you should send your secret content by post, but let’s say there should be some trusted ways of delivering the confidential information on. In such a manner, we can talk about the in-person approach that could be quite a suitable one for the intelligent encryption key management. As you know, today everyone would be so dependable on cyber technologies and maybe the old good courier getting the packed message could be the right choice to so many military needs and applications especially if we know that the air forces could seek only 24 hours to deliver anything anywhere over the globe.

There is no absolute security

As it’s well-known, there is no silver bullet to any concern in this world, so the similar case is with the cryptography. Many people across the globe would want to rule the world and the mission of competitive security should be to get at least one step ahead of the threats. In other words, the one who has the advantage would control his society and the role of the defense is to offer the protection and the same human rights to all people worldwide. In essence, it’s not easy at all to accomplish such a mission and there would always be some obstacles and drawbacks on your way on to secure your country and the entire nation. On the other hand, on that road, you should figure out that even if you establish some solution – it can always collapse if you are not willing to put a lot of effort on in order to maintain the healthy condition, so far.

It’s only a matter of time and effort

In addition, even the strong encryption systems appearing as the smart approaches of nowadays could get defeated and it’s only a matter of time and effort how your opponents would do so. They would be that smart if they offer you some sort of advantage over some historical moment and so rarely during some time epoch. So, if you are clever enough to win only one battle using your crypto algorithm – you can say such a solution got quite purposeful for your current needs. If not, you should look for the better choice – otherwise, your enemies would defeat you, so far.

So, the aim of this effort is to discuss the smart cryptographic procedures and policies and indeed, there is some good practice within any defense force that should get followed in order to maintain the risk at the acceptable level. No one would ever get absolutely secure and it’s only about how hard you should work in order to break someone’s defense. Through history, the security forces would use so many sorts of intelligence and in order to remain competitive, they would adjust their actions depending on the situation on the battlefield. Finally, the one who would win the war would get considered as smart at that moment only. What got so unavoidable at any time is the change and even if you are doing your best to manage some state – so many of them could try to challenge your attempts, so far!