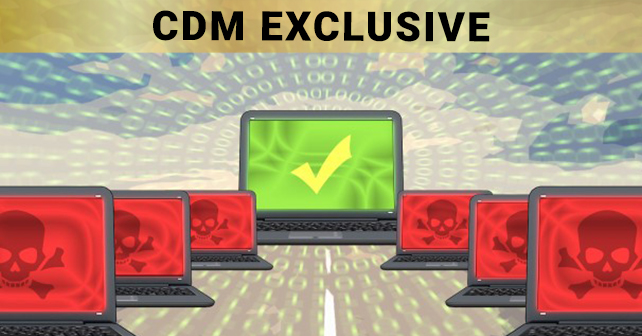 Since the 18th century and the first steam engine over the 19th and 20th century and the beginning of electrification unless the end of the 20th century and the roots of the digital era and finally until the 21st century and cyber-physical systems – our civilization is dealing with the great boom in terms of technological progress and development. The human beings are present on the planet Earth about 20 million years, but they would not make such progress as they have done during the last, say, 300 years. Indeed, that period of time would bring us 4 technological revolutions and the entire picture of the world would change significantly.

The main question here is how we could manage such a raising curve to keep going up and how we could protect our advancements from the possible threats, risks, and challenges. What we could notice here is the constant boom in the socio-technological progress and it would appear that very soon we would be witnessing more and more industrial revolutions. The fact is the human race history over that period of the rapid progress would be quite turbulent, but it seems that such a tendency is pretty unstoppable. In other words, during the last 3 centuries, we would cope with two World Wars as never happened in the entire human history, so many economic crises as well as some conflicting situations over the globe.

The point is this historical period of time is somehow different as nothing else before. The human kind would cope with the fast progress and so many experts would invoke the term sustainable development figuring out that we should care how to stay on the right track in terms of our development and advancing. In this effort, we would try to talk a bit more about the progress we are witnessing every single day as well as discuss how some global threats and our own technology could get put under the control and prepared to get used in a more safe and secure fashion. The key thing to mention here is that the one who has a control over the technology would deal with the power and influence at the global scale. That’s why the people would put a lot of effort to develop more and more superior solutions and it’s quite obvious that so competitive situation would pull us forward and forward.

So many security experts and professionals would agree that before we bring any technological solution on, we should try to carefully think about its security. The fact is we live in the time of the 4th industrial revolution and if we want to go stage by stage up and up, we should reconsider how to do so safely. It would appear that the people would be in constant competition with each other and that could get good because everybody would strive to produce excellence. It’s not a that bad idea at all to think hard how to educate and train your engineering department bringing on the new technological solutions how to see stuff as the security professionals do. Before you start any projects on, it could get quite recommendable to define its security requirements at its initiation. Through our research, we would review so many helpful resources and we would figure out that the folks are talking about these concerns and our idea is to call such a phenomenon the safe progress.

As we said, the one who manages the technology would get the war either it’s the one on the battlefield or in the economic domain. The technology is not necessarily correlated with the warfare and defense industry, but rather with the production lines and manufacturing commerce. On the other hand, the company dealing with emerging technology could expect the boom on the marketplace and the quite high profit for its efforts. The better economy would mean more prosperity to everyone as well as the higher standard to the entire nation. From that perspective, we can see our technology as being somehow critical or strategically important to our development and progress.

For instance, it’s quite well-known that the modern threats such as the organized crime and terrorist groups would also attempt to take advantage over the cutting-edge advancements and that could put under the risk our entire socio-technological progress. In such a manner,

it’s quite significant to take care of those sorts of risks and find ways to maintain them so skillfully. Also, the human error is something that could cost us a lot and if your people dealing with the emerging solutions are not well-prepared to use them constructively – you could get into trouble. What’s the purpose of the best possible technological improvements if no one can take the full advantage over them? The similar situation is in the civilian industry. What’s the point to invest in your superior technology if your workforce got no idea how to apply it? The fact is that the new technologies require the new skills and if you seriously want to cope with the progress, you should think about how to get your people ready to deal with so. In addition, the future could bring us more and more technological revolutions and as many futurists would suggest the machines could get that smart to take control of our lives and businesses. In other words, before you run any project of that kind, you should try to define who the boss will be in such an application.

Finally, the future would appear as quite promising from a technological point of view and we should expect more and more amazing solutions that would make our lives being more comfortable and businesses being much easier to handle. The progress is with us around 300 years back and we should try to find the way how to make it is more convenient and secure to us. Our technological curve is slightly going up and up and if we figure out how to put such a tendency under our control, we would deal with the quite certain future. During the entire history of the humankind on the planet Earth, we would never be more progressive and competitive as we are over the previous 3 centuries. The competition could cause the conflicts and that’s why we would deal with the World Wars through so recent period of time, so that would make our near past being somehow turbulent. The point is that we should learn the lessons from the previous period of time and get how to manage the existing situation, so far, in order to succeed!

Milica D. Djekic is an Independent Researcher from  Subotica, Republic of Serbia. She received her engineering background from the Faculty of Mechanical Engineering, University of Belgrade. She writes for some domestic and overseas presses and she is also the author of the book “The Internet of Things: Concept, Applications, and Security” is published in 2017 with the Lambert Academic Publishing. Milica is also a speaker with the Bri ghtTALK expert’s channel and Cyber Security Summit Europe being held in 2016 as well as CyberCentral Summit 2019 being one of the most exclusive cyber defense events in Europe. She is the member of an ASIS International since 2017 and contributor to the Australian Cyber Security Magazine since 2018. Her fields of interests are cyber defense, technology, and business.