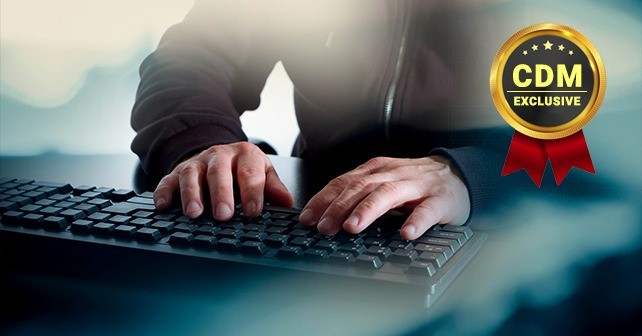 Financial crime is any sort of economic resources misusing in order to obtain private gain. It may include corruption and bribery, fraud, tax envision, money laundering and much more – or, in other words, any kind of crime dealing with the finances. It’s not easy at all to investigate those sorts of the criminalities, because it could take a lot of time and effort before you prove anyone’s guiltiness in front of the law. As we all got dependable on cyber technologies – a similar situation is with the criminal environment that would frequently rely on computers, internet, and mobile devices. In many cases, before anyone commits the financial crime, he or she would use the emerging technologies to gather the necessary findings, plan the actions or share some information with the rest of the criminal group. So, it’s getting obvious that plenty of the job would get done in cyberspace and the skillful investigators would find some sort of the clues and evidence there.

The old-fashioned methods such are the usages of marked banknotes in order to prove the crime may appear as outdated. The reason for that is the majority of the good evidence and findings could get obtained through the cyberspace and using the insight into the bank’s transactions occurring in the cyberspace as well. So, the question here is if we could get the evidence in the cyberspace simply doing surveillance of the situation – why we could not apply that sort of findings in our process of proving the crime. The answer to this question is quite simple and it would manly indicate that our legal regulations would not recognize those sorts of clues as to the valid evidence being sufficient to prove someone’s guiltiness on the court. Well, this answer would open up many new questions and right here, we could start the entire discussion trying to point out that the current technological progress could undoubtedly make a huge change within the legal surrounding. The purpose of this article would be to provide a deeper insight into how significant the changes within the legal regulation could be in more effective proceeding of the financial crime cases.

The main point with this effort would be that the legal environment, as well as the entire society, should follow the technological changes and progress being present with our current times. The technology would definitely make our lives and businesses being more convenient, productive and effective. On the other hand, the entire criminal surrounding would also cope with the cyber technologies, so if you want to discover any sort of the crime – you should definitely have a look at the cyberspace. So, the only issue is that the majority of findings being collected in a high tech environment would not get recognized as valid evidence in the investigative process. The point here would be as we progress with our technological development and deployment – we should adapt our legal regulations to those sorts of the changes. In this effort, we would use the case study of financial crime being one of the most challenging crimes to get proved. The main reason to that is a quite old-fashioned legal regulation that would include many complications which could be overcome using the careful analyzing of the police cases from the past and getting them in correlation with the current technological progress. It would appear that our legal regulations dealing with the financial crime cases would need a deep and comprehensive reform that would offer us an opportunity to make our investigations being simpler and more effective.

Why is it important to make your investigation getting more effective? There are many reasons coping with these connotations, but the most significant is that it’s all about the budget being used for your case. For instance, if you resolve your case in a less time-consuming manner – you would undoubtedly make it getting more cost-effective. This is quite important from the point of view of your country’s economy that would pay every single day of an investigation to the police officers working on so. Well, the point is to use the advantages of cyber technologies in order to make your financial crime investigation being less time consuming and more cost-effective. We are aware of that these sorts of requirements are so typical for some business projects, but also it’s important to understand that the policing should deal in a quite rational manner and think smartly how to apply its resources. Also, there are some indications suggesting that the effects obtained investigations could reduce the percentage of committed crimes in some part of the world for a reason that fewer people would dare to convict any type of criminality because he or she would know that the Police Force could catch them in a timely reasonable manner. So, maybe we should try to think about how to simplify our investigation procedures and policies and in case of financial crime – the search for the marked banknotes could appear as a quite outdated approach. Our idea is to try to avoid such a sort of the investigative process for a reason it takes a lot of time and hard work, so it would be better to try to formulate the new legal regulations that would deal with the more obvious findings and offer us a chance to prove the crime in a much easier way. At this stage, it’s quite significant to make a good model of the possible investigation and try to predict all the feasible scenarios dealing with financial crime. In such a way, it would be much easier to make a correlation between the financial crime investigation and cyber technologies and make a decision how to take advantage over those technological advancements in order to make your case being more rational and reasonable. The fact is this could seek a lot of hard work, but if you try to think in sense of the smart budget management – it would appear as a reasonable long-term solution.

In conclusion, our society would pass through many technological transformations during the past few decades and modern technology would undoubtedly change our approach to life and business. In such a manner, we would suggest trying to think about the changes in the legal regulations that should also cope with these social changes. We believe that such an approach could make future police investigations being more cost-effective. That would definitely require more skillful police workforce – but, that’s the point! As our technology progresses, we should make many steps forward to follow such progress.

Since Milica Djekic graduated at the Department of Control Engineering at University of Belgrade, Serbia, she’s been an engineer with a passion for cryptography, cybersecurity, and wireless systems. Milica is a researcher from Subotica, Serbia. She also serves as a Reviewer at the Journal of Computer Sciences and Applications and. She writes for American and Asia-Pacific security magazines. She is a volunteer with the American corner of Subotica as well as a lecturer with the local engineering society. She is a frequent writer for Cyber Defense Magazine.