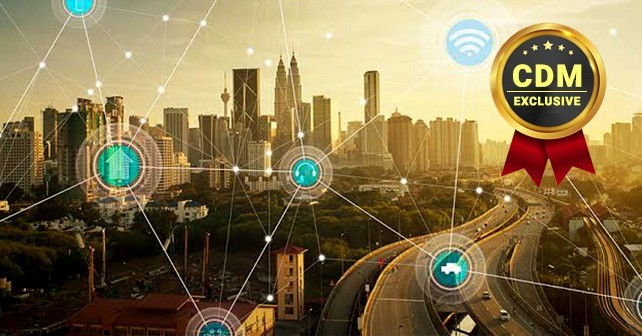 The reasons to catastrophical events within a critical infrastructure

Many would believe that the reasons for catastrophic events within any industrial infrastructure could be based on skillfully prepared hacker’s attacks. Basically, that’s the case with some of the scenarios and in any case, you would need a good investigation and deep forensic work. On the other hand, we would suggest that if any catastrophic event occurs within an industry – you should not rush with a conclusion and speculate about some hackers or terrorist attacks. Why? So often – the reason for the entire industrial system’s crash would not be any sort of cyber incidents, but rather unskillfully designed control system to that plant. The fact is that if you do not have any sort of smartly designed fusing circuitry within your control system which would simply switch off the entire plant if the physical variables go too high – you would get an accident. Right here, we would try to discuss how to prevent such an occurrence by applying the smart control system design.

CASE 1: The poorly designed control system
As we said – the reason for some catastrophic events happening within a critical infrastructure could be a poorly developed control system to that plant. For instance, many designers would use only ON-OFF control without applying any feedback circuit with their design. If you use only an open-loop system – you would miss to collect the information about the physical variables being present at your output and compare them with the desired values being set at the input. In other words, your control system would not necessarily operate accurately and you would miss knowing its state at the output. For such a reason, we would suggest controlling system designers use the feedback control which would offer them the much-secured operation of their plants. Also, if you use the feedback system – you would realize that you would always get the feedback information about the situation with your plant and you would know exactly if the stability of your system got threatened. For instance, at the output you could get a plant in which parameters would be dependable from temperature, pressure, liquid concentration and so on, so you would need to estimate which level of those parameters got allowed. In case any of these variables went too high overcoming the allowed values – your system should react smartly trying to switch off such a design and offer an opportunity to those parameters to go down. So, if you want to design a good control system to your plant – you need to use some sensing and measurement equipment in your feedback branch and also apply some fusing circuitry which would offer you to switch off your industrial system before it gets so unstable and possible danger to some catastrophic accidents even happen.

CASE 2: The inappropriate maintenance of a system
This case would suggest that some of the staff working to the industrial asset would not obtain their tasks properly. For instance, the authorized staff doing the maintenance of the industrial system would not deeply operate about his task which would increase the risk to the same catastrophic incident even occurs. For instance, it’s recommended to those authorized staff to maintain their industrial system periodically and to leave skillfully prepared reports as the evidence they obtained their tasks for a real. Also, it’s so significant to take some measurements about the entire state of the system and also document those findings as a clue that the situation got under control for that certain period of time. This is important for a reason that the accident may happen somehow and when that occurred the staff doing maintenance would get protected from any legal responsibility because they would get a chance to show all they’ve done and also prove that they did not make any sort of mistake within their work.

CASE 3: The human factor as a threat to safety and security at work
Many employees dealing with some machines within the industrial asset would not properly handle those systems and intending or unintendingly cause some catastrophic accident happens. So, many incidents being happened in an industry could be the consequence of the human mistake and it’s so important to investigate which of the workers got present at their workplace during a certain period of time.

So often, the reasons for those occurrences would be unskillfulness of staff operating with some machine and if the incident happens – the investigation would need to prove if anyone of the staffs dealt in an inappropriate way.

CASE 4: The cyber attacks to a critical infrastructure
Finally, the reason for some critical infrastructure collapse could be cybercrime or cyber terrorism which would so severely affect the operation of the entire industrial asset. It’s clear that these sorts of occurrences could threaten not only that infrastructure but rather many human lives. Also, if the industrial system stops – the entire country could suffer the consequences. In case of such a catastrophic occurrence, it’s so significant to conduct the skillful investigation with lots of forensic work which would prove the reasons for such a situation.

Making the Most of Virtual Cybersecurity Events for your Company and the Community SAP systems are targeted within 72 hours after updates are released G7 calls on Russia to dismantle operations of ransomware gangs within its borders Cuba ransomware gang hacked 49 US critical infrastructure organizations Top 10 Reasons Cyber Defense Firms Should Hire Veterans Bitcoin Soars but Will Security Risks Spark Greater Regulation? Protecting Critical Infrastructure Against Cyberattacks Cybersecurity, Especially in Critical Infrastructure and State Government, Is A Huge Issue Right Now
October 14, 2019