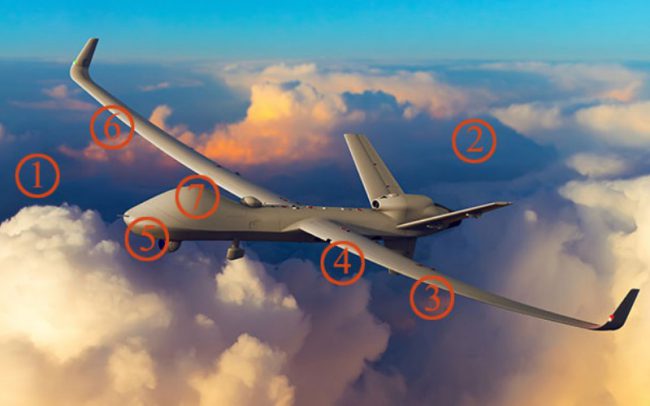 The British Britain will introduce in its fleet of armed surveillance drones a new generation of unmanned aircraft including the new Protector aircraft.

The British Britain will introduce in its fleet of armed surveillance drones a new generation of unmanned aircraft. The overall number of air crafts in the fleet will double, the new  aerial vehicles will have significantly improved performance, they will be able to fly for nearly twice as long, equipped with new weaponry and advanced sensors. Protector will be able to stay airborne for more than 40 hours, much more of the actual 25 hours reached by the Reaper.

The RAF will likely adopt from the end of this decade a new General Atomics Certifiable Predator B, aka Protector, for both surveillance and air strike missions.

The UK Ministry of Defence made public details of the £415m contract signed with the Pentagon for the purchase of 20 new drones that will replace the RAF’s 10 existing MQ-9 Reapers.

“The Unmanned Air Systems Team, part of the UK Ministry of Defence (“MoD”), intends to acquire the PROTECTOR Unmanned Aerial System through a Government -Government Foreign Military Sales (FMS) Contract with the US Department of Defence (US DoD).” states the announcement published by the MoD.

The new aircraft is certified to fly in European airspace, this means that Nato and other European organisations could use it for its operations.

“The aircraft is much more capable than its predecessor. It has almost double the endurance of the Reaper so with a fleet of 20 aircraft, this represents an almost quadrupling of the capability, vital given the MoD’s range of commitments and its requirement to respond to emerging crises.” Liz Quintana, director of military sciences at the Royal United Services Institute, said to The Telegraph.

The Protector drone was first announced by David Cameron during last year’s defence review, when the Prime Minister of the United Kingdom explained the importance of the Unmanned Aerial Vehicles in the fight against the Islamic State.

According to the Defence Secretary, the UK Government is also testing new high altitude surveillance drones that can stay aloft for weeks and could be used for intelligence activities.

“will provide cutting edge intelligence gathering capability and help keep our country safe. They are a key part of our £178 billion equipment plan, backed by a defence budget that will increase every year from now until the end of the decade.” said a Ministry of Defence spokeswoman about the Protector drones.

The Ministry of Defence will buy at least two Zephyr 8 aircraft paying them £10.6m, the surveillance drones are designed to fly at 65,000ft, twice as high as an airliner, but weighs only 66lb and is covered in solar panels to keep it charged.