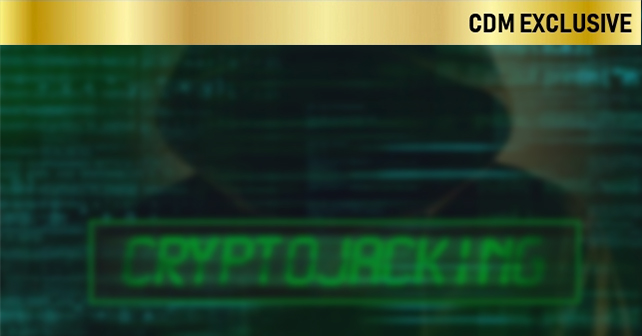 The Purpose of Neural Networks in Cryptography

Through the entire history of the Human Kind, nature would keep surprising and surprising us with its wonders. So many beings on our planet got the capacity to learn and absorb the new knowledge and techniques. On the other hand, so many scientists would suggest that humans got the best possible learning curve amongst all living things. In other words, we would get something the psychologist would call the intelligence. It’s our ability to connect the stuff with each other and do some reasoning about our surrounding. Apparently, the entire scientific community would recognize such a capacity with so many living beings and there would appear the need to mimic the nature in order to produce some technological solutions that would get the characteristics of the intelligent creatures. Here how we come to the term artificial intelligence or AI being the good representation of natural intelligence. Moreover, it’s quite clear that the AI projects would need the teams of the multidisciplinary experts and researchers, so if we want to use some inspiration coming from the natural phenomena – we would need to get familiar with so many fields of science and technology. The greatest challenge to modern cognitive science is how the human nervous system works and there are still a lot of questions in such an area that seek rational answers and explanations. One of the biggest mysteries in the world is the human brain and many scientists believe that such a mechanism could provide us a deep understanding of the entire nature. At this stage of our development, we would know something about how the neurons function and as time goes on our perspectives will change and we would get some kind of the better situational awareness. So, the basic building block of our brains is the neuron and in case of the AI – the researchers would attempt to mimic how it works.

The fact is the human nervous system would use the electricity to transmit the signals through the human body. All the information from the body’s peripherals would go to the brain and that organ would process any of those electrical signals. Every neuron would simply deal with its activation potential being the electrical impulse that would trigger the entire process of thinking, feeling and judging. The quite complicated, right? Practically, the human organism would transfer the time changing electrical impulses through itself and such electricity would cause the existence of the magnetic field making the huge electromagnetic field around our bodies. The majority of biological systems would cope with that sort of bio-electromagnetic field and there are a lot of branches of science and technologies that would suggest to us we do not completely understand the life’s processes within our environment. As we have indicated – the emerging technologies would try to cope with the biological systems intending to create something being capable to mimic life. The human intelligence is quite complex to get simulated and the experience would suggest that there are still a lot of things that need to get resolved. At this stage, we would notice some progress in such research and we would be at the beginning of the new exciting epoch in science and technology being recognized as the AI. The AI would rely on the findings coming from neural science and it would try to deal with the well-known theories of the human mind. In such a case, we would talk about the most famous AI tool being the neural networks. That sort of advancements would show some capacities to get used for machine learning, pattern recognition, and control engineering as well as some cybersecurity purposes. The quite powerful weapon, you would agree with us?

From one perspective, the neural networks would so smartly mimic the human brain transferring the electrical signals through connections and using the activation functions in order to produce the activation potential. The majority of these instances would get tackled using the computing systems and those projects would increasingly need the skillful developers who would create useful software solutions. The activation function would normally be some mathematical rule that would give us a chance to produce some signal. In other words, the neural networks’ design and programming is definitely the job for mathematicians and you need to be seriously creative in order to make your own neural network. As we said – the neural networks got the ability to learn and such an advantage could get applied in so many areas of the interest. For instance, if we talk about the cyber defense – we would notice that our neural network AI solutions could help us better understand the cyberspace and everything happening there. In addition, if we try to apply the neural network in cryptography, we could get them quite dynamic encryption that could offer us a key, strong or even perfect ciphering. The opportunities coming with the neural networks and the entire AI wave are nearly limitless and if we attempt to correlate those areas with the quantum computing we could get so close to discovering some secrets of nature. As we know, the defense is about covering the uncovered details and if we try to apply something that fast learning as AI is – we could figure out what the weaknesses in our cyberspace are and how they could get repaired. The point is that the application of neural networks in cryptography could open us the doors to some new dimensions of science, technology, and security at the same glance.

The future may seem so promising and hoping and if we take into account all the products of our technological revolutions – we would notice that the coming times could offer us so exciting landscapes. As we got so talented mathematics scientists to design the new and new generations of neural networks, we believe that a similar effort could get used in making the cryptographic systems being based on the AI. Such a sort of discovery could find strong applications in a constantly changing environment as the web is. The human intelligence would describe the ability to cope with the unknown surrounding and if we try to observe the AI from such a perspective – we would realize why it’s so important to get capable to handle any technological environment including the good defense solutions.

Milica D. Djekic is an Independent Researcher from Subotica, Republic of Serbia. She received her engineering background from the Faculty of Mechanical Engineering, University of Belgrade. She writes for some domestic and overseas presses and she is also the author of the book “The Internet of Things: Concept, Applications, and Security” is published in 2017 with the Lambert Academic Publishing. Milica is also a speaker with the Bright TALK expert’s channel and Cyber Security Summit Europe being held in 2016 as well as Cyber Central Summit 2019 being one of the most exclusive cyber defense events in Europe. She is the member of an ASIS International since 2017 and contributor to the Australian Cyber Security Magazine since 2019. Her fields of interests are cyber defense, technology, and business. Milica is a person with a disability.