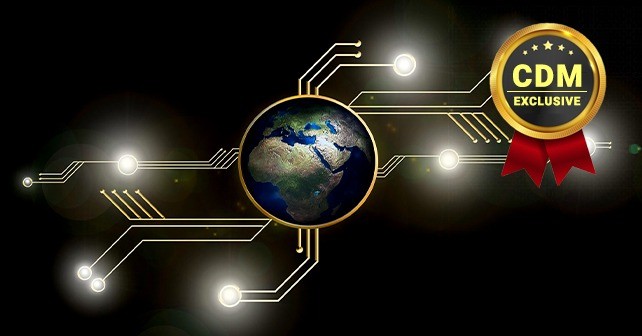 The purpose of financial security within a modern society

What would cyber defense, financial crime, and IT sector get in common? The answer to that question is so simple – the money. All three terms would deal with some sort of finances in a practice. So often – the cyber defense would get correlated with the financial security and also the financial crimes such as corruption would seek from us to think hard how to stay financially safe. In addition, the IT industry would make big incomes and it would also care about how to protect its financial interests. The corporate security concept would recommend us to carefully and skillfully manage the financial risk in order to avoid economic losses. There are so many cases when we need to pay attention to our finances and sometimes make hard decisions in order to make our budgets being sufficient.

Especially nowadays – people would be preoccupied with the monetary questions. Everyone would lead a quite fast pace of life and there would be a lot of rush which aim would be to produce more and more incomes. The people would so frequently spend a lot of finances for something that could get optimized and require much fewer investments. The process of optimization would deal with the technical and economical requirements and try to find the balance between those two parameters.

Sometimes it would be so easy to reduce unnecessary costs and save some of your finances, while in many cases – you would need to deal with the complex mathematical models that would offer you a chance to make a positive balance through a carefully conducted calculation. The role of this review would be to try to discuss some of the fundamental concerns being linked to the financial security as well as try to make some good examples how such a concept works in a reality.

Let’s begin with the facts! Did you know that the cybercrime cost the global economy several hundred billion dollars per year? It’s a big expanse – you would agree, wouldn’t you?

Also, corruption is something that would steal over 5% of the global GDP per annum. That’s a quite huge amount, right? We could use more examples to better illustrate this concept, but we would give up from that because the point is clear. We are making so much money, but we are losing a lot as well.

The reason for that is we are not that capable to manage our funds the quite well. So, would we need anyone being correlated with financial risk management as the topic of corporate security would advise to us?

Basically, what we need here is good financial security! Sometimes the things would appear as we need the adequate piggy bank equipment that would not allow us to spend anything we previously put into our account. This is only a kid-like illustration what the financial security means in a practice.

The main idea is to smartly manage your resources in order to avoid the risks, losses and high expenses. It’s not simple at all dealing like so for a reason – you need to be the real mathematical wizard who would know how to cope with the savings continuously. So, the question here is how all of these could get correlated with the cyber defense.

First, the cyberspace is so crazy place offering you a lot of options and also making you get dependable on it. Whatever you do on the web would leave some sort of evidence that could get used against you if you dare to commit the crime. It’s well known that such cyberspace would have its bad guys being called the hackers and those folks would not get afraid to steal any value from that environment.

So frequently – there would happen some spectacular bank’s robberies that would cost the economy millions of dollars and that would get organized and conducted from someone’s bedroom. Also, we would get aware of the presence of the digital currencies within such a cyber environment and we would also know that those values could get stolen through the carefully prepared fraud.

Well, is the web anyhow secure place to your life and business activities? The answer to this question is – No, it’s not! In other words, the ultimate requirement regarding our modern society relying greatly on the internet is financial security. In addition, in order to make your monetary transactions getting safe from the financial crime – you need to expertise the cyber defense and learn how to secure your cyberspace.

This may sound like a challenge. Dealing with the challenge would not mean that you would never obtain such a concern, but rather you would need more time and effort getting invested in order to resolve such a case. Well, good luck with your hard work!

Also, through this effort – we would mention the corporate security indicating that the risk managers should work closely with the IT security professionals in order to prevent, discover and resolve the concerning situations. We believe that approach could reduce some of the costs and offer us better-managed budgets to the both – private and public sector.

Finally, we would make advice suggesting that the entire country should coordinate some of those projects for a reason of more impacted social outcomes. We believe that some developed economies would follow such a good practice, but we would also want to suggest to the rest of the global population to use those best practices as a good example how they should manage their economies. In our opinion, this could offer better development and more prosperity to all citizens of our planet.

The point would be that today many people over the globe would get access to the web and only some of them would approach the financial services.

With this finding in our mind, we could realize the importance of financial security to the entire world as well as its strong correlation with the cyber defense.

Since Milica Djekic graduated at the Department of Control Engineering at University of Belgrade, Serbia, she’s been an engineer with a passion for cryptography, cybersecurity, and wireless systems. Milica is a researcher from Subotica, Serbia.
She also serves as a Reviewer at the Journal of Computer Sciences and Applications and. She writes for American and Asia-Pacific security magazines. She is a volunteer with the American corner of Subotica as well as a lecturer with the local engineering society.

A Modern Cybersecurity Fight Requires a Modern Approach to Regulatory Oversight 5 Recommendations to Prevent Man in the Middle Attacks (MITMA’s) within the Financial Sector. Vice Society ransomware also exploits PrintNightmare flaws in its attack SAP systems are targeted within 72 hours after updates are released G7 calls on Russia to dismantle operations of ransomware gangs within its borders When it comes to your zero trust strategy, a modern approach to IGA is key Modern Times, Old Prejudices AI Is the Answer To Modern Cybersecurity Threats
August 22, 2019