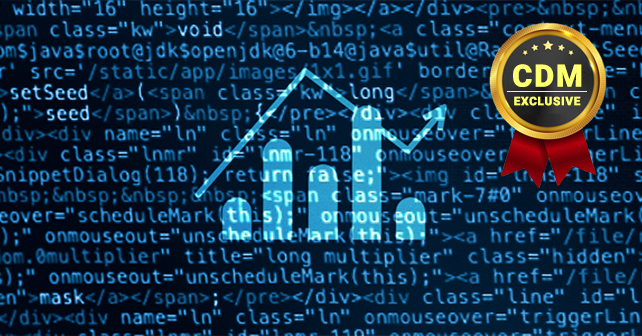 The Perspectives Of The 5th Industrial Revolution

New days bring us so many new things. It would appear that we literally get overwhelmed by emerging and cutting-edge technologies. So many novel solutions deal with the prefix “smart” or “intelligent,” and it’s a good question whether we should expect the coming developments in technology and engineering will result in products and services becoming superior to the human mind. The fact is since the beginning of the first computing devices the calculators of the past got the capacity to resolve so many complicated mathematical problems much faster than the people’s brains. Even the most skillful scientists can’t solve equations, formulas, and calculations that quickly and accurately. So, from that perspective – it might seem that machines are already a step ahead of us. But is that realistic? While human beings might welcome such progress, security issues must be taken into account. So, does such a potential dominance by machines present a challenge to us or should we simply try to take advantage of the possible benefits?

It’s quite unlikely to be able to provide a straightforward answer to such a puzzle, but let’s say if we are not scared seeing the computers, networks, and datacenters coping with the fluid dynamics mathematical models – we can overcome anything frightening about machine learning or artificial intelligence. The current time would show that we have become so dependent on new technologies, and nearly everything in our world relies on the internet of everything. It would look like that such a communications channel would deal with the most effective information transfer and apparently – we would get so smart by relying on the web for data transmission. The ongoing situation would suggest that the trends of the 4th industrial revolution are mainly directed to IT solutions, but the positive aspect here is how secure we are with those innovations. In our opinion, the novel developments such as the Internet of Things or intelligent and smart engineering systems are still so vulnerable in the sense of their functioning for a reason they may sometimes forget that these same advancements are so close to the entire cybercrime and hacker’s communities.

Where we are today

Right now, we are nearing the point when the robots getting driven with some smart infrastructure could support us greatly with so much suitability in supporting a better quality of life, more safety, clearer environment surveillance and much more effective in dealing with health conditions. Indeed, it would appear that the modern era would deal with the amazing excitement and some members of the human community would get that privilege to use those improvements in their everyday lives. We would highlight this sentence with the intent because there would be a lot of people across the globe that would still struggle in their everyday routine and desperately need clean water and some food for their lunch. We would have in mind so many poor people in Africa, Asia and some parts of Central and South America who would not get lucky to enjoy the advantages of the ongoing technological revolution and who would also get the capacity to offer much to the rest of civilization, but unfortunately, their voices would not reach that far.

Just try to imagine so poor people in Africa who would live in the tribes and so often change their location looking for sources of water and food. Living the nomadic life is so hard and in such a case – you would never know what the next day can bring to you and your family. Those folks would so sadly miss the entire human development and progress and they would literally live without any awareness about any discoveries and findings coming with the scientific research and progress. Only a few hours of the flight could bring those poor souls to the future being only the common life in some developed economy. So many great persons over the globe would realize that and they would try to share everything they have with those guys as they do once you come over to, say, Africa. The people would share their experiences with each other and so many good guys over the world would get interested to support and assist in bringing progress to all parts of the planet Earth. So amazingly, the United States are the leaders in giving the progress to everyone and let’s stay like so!

What the lessons from the past can teach us

In terms of the current industrial revolution, we could notice that even though the history we would get so dependable on the communications lines and for those purposes, we would need to protect both – communications channels and end-users at the once. The lessons from the past must teach us something and if we keep ignoring history we would remain so unprepared for tomorrow. The nowadays we would struggle so much in cyberspace especially for a reason we would not understand enough the technology getting discovered in the 19th and 20th centuries. The fact is we should attempt so hard to target the user’s experience making so many people getting not only the skill with the emerging technologies but rather the entire maturity capacities in sense of their role as the end clients. For instance, maybe your consumer can use the email or social media account, but he should know that there are the entire reporting systems with the gigantic companies that would develop the overall troubleshooting and security programs and procedures to their users on.

The balance between offense and defense

The modern days would indicate to us that we need better safety as well as security on the entire planet and this epoch would teach us that we should get fully ready in that manner for the coming times. So many security experts would suggest that security is a good balance between the offense and defense and that point of view got quite common in the security industry as well as practice. Even the cybersecurity would observe the things from such a perspective and for such a reason we should try to put an extra effort teaching the people how to see the stuffs in a much broader way. The experience would indicate that the security by itself is like a never-ending scaling which pound got heavier and which side would get stronger. Let’s make things getting perfect and in the balance!

The next times should deal with more security

The recent tendency would show that security is the ultimate aim of the current days and for such a reason we expect the next technological revolution dealing in such a sense. Some progressive societies would believe that the 5th industrial revolution would bring us a much deeper human-machine touch, but we believe those expectations are so limited as the large portion of the civilization would still struggle with the clean water and food as well as the adequate healthcare support. No country in this world got the lonely island and sooner or later the situation in its region or far from so would get the reality even in the best-protected paradise in the world. So, in our opinion – the security requirements are something that should get into consideration once we make a decision to build and develop a better future for all.

Steps needed to get taken in the future

It would undoubtedly appear that the new millennium has brought to us the new technological revolution as well as the plenty of challenges in the area of transnational crime and terrorism. The world is simply not the same place after the horrifying events on the 11th of September 2001 that so tragically happened in the United States. Those events would bring the entire new wave in the Law Enforcement and the entire defense making so deep synergy between the intelligence and policing, so far. Since then the security landscape would start dealing with the new and more comprehensive investigations that got covered with a much proactive approach and strongly correlated with the IT security demands.

So recently, we would read so well-researched articles about the intelligence-led investigations and we would try to compare that effort with the findings of such a topic getting published at the beginning of this millennium. Our impressions got amazing and we would definitely notice the great progress in security happening through the last two decades. The tendency would suggest that such a concept would survive this historical period of time and it would just go deeper and deeper suggesting us that we are on the good defense track. So, why not produce the synergy between the current security as well as technological trends and making the world getting more secure with the 5th industrial revolution!