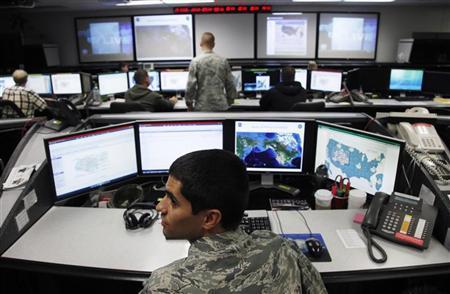 The Pentagon is ordering retail outlets on US military bases to stop selling Huawei and ZTE products due to unacceptable security risk they pose.

Smartphones manufactured by Chinese firms Huawei and ZTE are banned by US Military, the decision was taken by the Pentagon.

The Pentagon is ordering retail outlets on US military bases to stop selling Huawei and ZTE products.

The Pentagon considers the security risk posed by the adoption of the devices manufactured by the Chinese firms unacceptable, US officials believe the smartphones could be used to spy on military personnel.

“In light of this information, it was not prudent for the department’s exchanges to continue selling them.”

Eastburn confirmed that the decision to ban the Huawei phones and related products was taken on April 25.

“Given security concerns about ZTE cell phones and related products, the (Pentagon’s) exchange services also removed ZTE products from their stores,” he added.

ZTE did not immediately comment the ban, while Huawei promptly replied by highlighting high quality of its products and their reliability in term of security.

“We remain committed to openness and transparency in everything we do and want to be clear that no government has ever asked us to compromise the security or integrity of any of our networks or devices,” said Huawei spokesman Charles Zinkowski in a statement.

The Federal Communications Commission also ban federal funds from being spent on wireless equipment made by companies that pose a security risk to the US infrastructure. The FCC’s proposal in a section detailing the federal government’s concerns with foreign tech providers explicitly refers both ZTE and Huawei.

In February, Dan Coats, the Director of National Intelligence, along with several other top intel officials, invited Americans to avoid buying Huawei and ZTE products.

In April, the UK GCHQ intelligence agency warnedUK telcos firms of the risks of using ZTE equipment and services for their infrastructure.

The alert was issued by the National Cyber Security Centre that said the Chinese firm “would present risk to UK national security that could not be mitigated effectively or practicably”.

ZTE is a state-owned enterprise and many experts highlighted the risks of using its products.

The problems for ZTE are not ended, the U.S. Department of Commerce’s Bureau of Industry and Security (BIS) announced that Chinese firm has been banned from purchasing goods from US companies. This root cause is that ZTE was discovered violating Iran and North Korean sanctions.