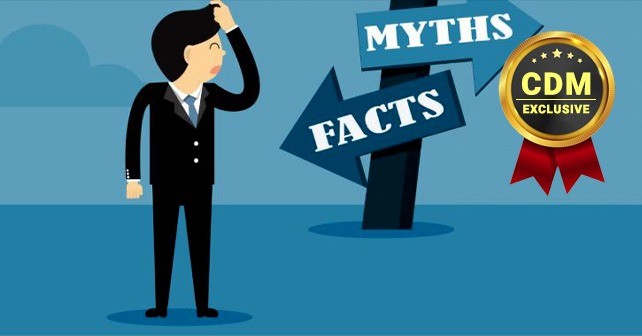 The Myths You Shouldn’t Believe

There is a lot of information on the web regarding VPNs along with a wide and varied selection of VPN services to choose from.

With that in mind, what are some of the more common misconceptions regarding VPNs?

Only criminals, or those wishing to hide something, use a VPN

So if VPNs aren’t illegal, aren’t they at least immoral, since only hackers and criminals use them? This kind of outdated perspective was popular in the late ’90s and early 2000s when VPNs first came into use, but it has no place nowadays. The truth of the matter is that VPNs have dozens of legitimate use cases, none of which are immoral or unethical. VPNs can be used by business customers to remotely interface with their organization’s infrastructure while they are using a public or untrusted internet network. Gamers can use a VPN for greater speed potential and so have uninterrupted game sessions with their friends. Citizens in countries where the internet is heavily regulated or censored can use a VPN to connect with the outside world. None of these users are criminals or have nefarious intentions whilst using a VPN.

Some opponents of VPNs would further argue that the technology is immoral on the basis that it hides your browsing traffic and makes it impossible to tell where you go online. To this argument we reply, “Why should this information be visible or accessible in the first place”? Do you really value your privacy so little that you’re OK with your internet browsing history being available to whoever asks for it? If the answer is yes, would you then be OK with someone following you around all day and writing down everything you say and do? Essentially that’s the equivalent of exposing your internet data to your ISP and government. Even if you have nothing to hide online, you should still expect some level of privacy and the unfortunate reality is that privacy is a foregone luxury in today’s online ecosystem.

Just because you go to the trouble of hiding your Internet browsing, doesn’t mean that you are doing something illegal or embarrassing. In the free world, privacy is a precious thing; it’s no one else’s business what you do in the privacy of your own home. We deserve a buffer between us and the curious eyes of the world. Most of us have anything to hide, equally, nor do we want to be in the spotlight.

A VPN slows down the connection

Let’s talk about speed and the misconception that using a VPN grinds your browsing experience to a halt. First, we’ll discuss the various factors that go into how fast or slow your internet speeds are. There are lots of moving parts when you connect to websites and other online resources like gaming servers, and anyone of them can bottleneck your experience and slow you down. One of the most critical factors in your connection speed is how far away you are from the service you’re trying to connect to. Often referred to as your “ping,” this distance is measured in how many milliseconds it takes for network signals to reach your destination and then come back.

When you punch in “google.com” into your web browser, it doesn’t actually know what google.com is. Your browser has to connect to a DNS service which translates “google.com” into an IP address that your computer can then use to send your request – before that resolution happens, your request doesn’t go anywhere. Naturally, if it takes a long time for DNS to resolve the site name, that slows down the connection. There are dozens of network devices between your computer and the site you want to connect to – switches, routers, firewalls, web servers, hubs, load balancers and a host of other boxes that your packets go through. If anyone of these devices are old, slow, or are poorly configured, that will bottleneck your request. Additionally, your session data will be translated into different protocols at least a few times along the way: It might start as an HTTP/S payload, maybe get encrypted into TLS, decrypted into regular HTTP between web servers, and maybe trigger an (S)FTP connection. All of this translating and converting adds milliseconds that can pile up.

Just like any other web service, the infrastructure behind a VPN service can be good or bad, resulting in the fast or slow browsing experience. While many users believe that a VPN will always decrease speed no matter what, the opposite is often true. Having geographically diverse VPN nodes helps dramatically with a high ping when accessing content that is hosted far away from you. Rather than originating every request from your local ISP, your requests will come from a nearby VPN node, resulting in significantly faster load times.

All VPN services are the same

Perhaps this is one of the biggest VPN myths? In much the same way that people can think one brand of car is much like another, there’s a myth that each VPN is really the same at the core, so it doesn’t really matter which service you go with. Indeed, with people believing that VPNs are broadly similar, they can end up shopping on price alone or as the main deciding factor. If they understood a little more about how VPNs work and how the technology is differentiated, then this myth would be quickly dispelled. There are a number of differentiating points to be aware of when choosing a VPN, which can include: Price (look at all the components here), Speed (a poor VPN service = poor speed), Severs (better VPN services have more servers globally which helps with latency and geo-blocking issues, Platforms (make sure your chosen VPN supports your platform requirements as necessary).

A VPN is for advanced users only

A VPN is probably not for absolute beginner computer users. Although the days of needing a Phd in Computer Science so that you could configure a VPN, are very much behind us. Most VPN services offer a simple software download and set up and therefore your VPN connection can be up and running very quickly, with a minimum of fuss. And you also need to consider whether you are talking about setting up your own VPN from scratch or whether you are talking about using a commercial VPN service to protect your privacy. In the case of the latter then most modern VPN services are as easy to use as any other commercially available software. In the majority of cases, you just pay your subscription and then download the VPN client program and run it.

Sebastian Schaub can be reached online at seb@eventure.my and at our company website https://hide.me/en/

Bitcoin Soars but Will Security Risks Spark Greater Regulation? Transitioning to Remote Work: The Apps You’ll Need to Ensure A Productive Workforce The Best Network Protection: Go Deep or Go Broad? SAP systems are targeted within 72 hours after updates are released Making the Most of Virtual Cybersecurity Events for your Company and the Community Patchstack Protects The Web With Community The FBI issued a flash alert for Hive ransomware operations The 5 Most Common Cyber-Attacks on Mobile Devices In 2021
October 9, 2019