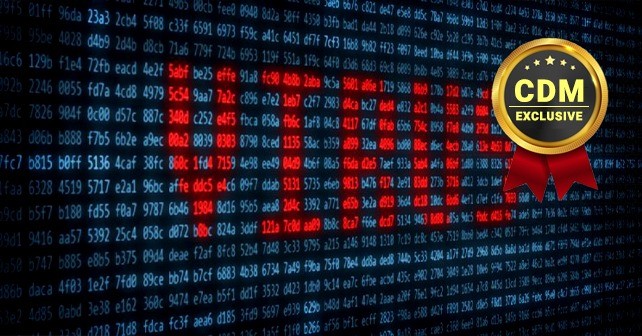 The Most Dangerous Computer Viruses That Wreaked Havoc On The World

By Marty Algire and Corey Velan

The internet is infested with a magnitude of viruses and other malicious software. Most of these are relatively harmless, or easily defeated by a basic firewall and anti-virus software, however, some programs have caused worldwide disruptions, infecting millions of computers, and causing billions worth of damage.

Let’s discover the most effective viruses that have caused chaos around the globe.

1. I Love You
What did it take to disrupt numerous computer systems worldwide and cause an estimated $10 billion in damages? Well, just a simple love note. The ILOVEYOU virus was initially spread by email.

People were encouraged to open the message due to it identifying it as a love letter from a secret admirer.

Once opened, it then proceeded to hijack the person’s email, sending copies of itself to all their contacts. This helped it spread extremely effectively, becoming one of the most prevalent viruses in history.

The main way it caused damage was by overwriting a variety of different file types, therefore destroying the data they contained.

If no backups existed then the data was completely lost. This caused major disruption to many company’s computer systems.

Well, this is how it got initially downloaded, in the form of an infected word document. From there it proceeded to spread via email. It would identify itself as being an important message, containing a requested document that should not be shared with anyone else.

Once opened, it operated similar to the ILOVEYOU virus by sending itself to the top 50 contacts on a person’s email address book. This caused major disruption to many companies and government organization’s email systems, due to the sudden spike in network traffic.

3. CryptoLocker
This virus hijacked people’s computer, offering to ransom them back their files in return for a payment. How did it work? Well, it initially spread via infected email attachments. Once opened, it would encrypt all personal files on the computer.

Even if the virus was removed, the files would remain encrypted, and therefore inaccessible.

The user would then be blackmailed by the program, being told that they needed to pay a sum of money or Bitcoin, equivalent to a few hundred dollars, to acquire the key to decrypt the files.

On top of this, a deadline of around a few days was given. If payment was not received the key would be destroyed, leaving a user’s files completely inaccessible.

Around 2% of victims were believed to have paid the ransom. Some of them regained access to their files, while others didn’t, losing vast quantities of data.

The creators were believed to have raked in tens of millions of dollars from these ransoms.

4. Mydoom
As its name suggests, this program caused the destruction of many computer systems. In fact, an estimated $40 billion of damage.

It spread rapidly by email, causing widespread chaos, as it hijacked the business’s mailing systems and computers. Furthermore, it comprised many systems by allowing backdoor access by hackers.

It is believed that at one point the virus was spreading so rapidly that it made up around 10% of ALL emails sent.

On top of this, many more emails were created as a result, such as automatic responses by business’s inbox’s, and angry messages informing people that their computer was infected.

5. Sasser
This was created by the German computer science student, Sven Jaschan when he was only 17. What it does it cause a computer to slow down and possibly crash.

The problem was that the infection spread to the computers of essential services including airlines, banks, hospitals, and the British coast guard, resulting in major disruptions.

Altogether, the damage was estimated to be between $15 to $20 billion.

Due to the damage caused, Microsoft offered a reward of $250,000 for information on the creator of Sasser. Tip-offs from some of Sven’s friends and classmates were believed to have led to his subsequent arrest.

What’s Next?
Every day more malicious software is created. Nobody knows when the next big breakout will happen, but what you should know is that it always pays to be prepared.

The best computer virus removal tool, anti-virus and firewall software is your greatest safeguard. On top of this, always be careful when opening emails, especially if you’re not 100% sure of their origin.

Marty Algire/Corey Velan – Co-Written. Marty Algire and Corey Velan quit their job in the computer security industry in 2011 to develop the FixMeStick: a product that simplified the problem so many of their family and friends were facing: removing computer viruses!
On January 15, 2014, Algire and Velan appeared on CBC Television’s Dragons’ Den. They asked for a CAD$500,000 investment in exchange for a 20% share and each dragon made an offer.
Their computer virus removal tool has become popular across the world.