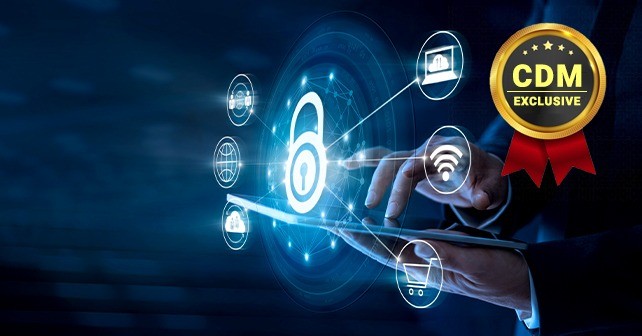 The link between corruption and cyber defense

The corruption is a financial crime covering on the misuse of public authority for a private gain. It’s a sort of criminality that costs the global economy about 5% of the world’s gross domestic product (GDP). The current methodologies in corruption’s estimation are not exact enough and they rather deal with some perceptions and less accurate measurements. The purpose of this article would not be to suggest the new techniques in corruption’s estimations, because our point would be to try to correlate the corruption with the cyber defense. Before we do so, we would want to highlight that the corruption is a quite unfair way of dealing within a society. It’s not that hard to imagine how people could get affected if someone is willing to pay the bribe would obtain some sort of advantage over the people not being willing to corrupt someone with the public power. The corruption is especially the concern in developing economies where the society is not sufficiently mature to cope with this sort of a challenge. Indeed, we could say that corruption is the both – financial and security issue, for a reason it would so deeply affect any kind of human activities. In other words, this social phenomenon would get capable to cause some sort of avalanche effect to the entire community. For instance, if we talk about the insider’s threats dealing with the corruption – it’s quite clear that one person receiving the bribe in order to steal the confidential information out of his organization and offer them to the defense’s threats or competitors could pull down the entire organization and threaten the rest of employees and their families. From that perspective, it’s quite obvious that the socio-economical impacts of corruption could be huge and very serious to the entire economy. The aim of this paper would be to take a closer look at the corruption as a social, financial and security challenge as well as explain how we could reduce it relying on cyber technologies.

Corruption is a crime that can occur anywhere. In order to better research the corruption, we would use the resources being available on the Transparency International webpage. As it’s known, that organization is a global leader in combating the corruption and bribery, so we believe such gathered information could support us in a quite good understanding of that problem. We would say that corruption is a challenge. Those are quite true, but let’s try to explain what that means. The challenge is not an irresolvable concern. It’s rather the problem seeking more time and effort to get tackled. It’s quite important to mention that corruption as a global challenge needs international collaboration that would support us to approach the concern appropriately and comprehensively. What does that mean in a practice? The corruption may happen in some society and include stealing of valuable information from some organization, governmental institution or business asset. The people committing such a crime could offer their services on the black market. In this case, we are talking about the insider’s threats. Those guys could get corrupted by some competitor’s organization or organized as a criminal group that would offer something on the black market. In such a case, we are talking about the transnational crime and for such a purpose – we need the international cooperation of the defense and intelligence communities. It’s a quite expected scenario that the majority of those insider’s threats could be paid by some organized crime and terrorist groups in order to cause the collapse of some critical infrastructure. Also, it’s a quite common case that those bad guys would be motivated financially, politically or ideologically. The specific challenge to this situation could be the fact that the developing economies would deal with the less developed legal regulations, so committing such a sort of crime on their territory would include less risk to those malicious actors.

So, how corruption could be linked with cyber defense? The point is that the majority of a modern world would depend on cyber technologies. That’s not the case with the legal part of a society only, but rather with the illegal groups of people as well. The experience would suggest that it’s quite uneasy to prove the corruption in a practice. The similar case is with the insider’s threats as well. On the other hand, you should always have in mind that the threats would mainly use cyber technologies to communicate with each other and exchange information about their activities. In other words, once you catch them in cyberspace planning some operation – you would obtain some findings being useful for the financial crime investigation. Well, it would seem that we could prevent some of those schemes doing continuous monitoring of the cyberspace. What would that mean in a reality? In a practice, you should deal with the IT security professional or the entire security operating center (SOC) that would care about the organization’s cyber defense and discover the possible scenarios of public authority misuses. It’s quite clear that in such a case – it would be possible to obtain the findings of some suspicious activities occurring within your cyberspace. In other words, all we need is good risk management within our computers, internet, and mobile technologies. For instance, it’s feasible that the cybersecurity experts would prevent some corruption’s cases even happen and consequently – report those insider’s threats activities to the authorities. As we said – the concern is that many developing counties would not deal with the adequate legal regulations and those sorts of criminals would avoid getting punished as they deserve. This could be quite concerning to the developed societies because the threats could come from those less developed parts of the world relying on so simple way of information transfer being the cyber carriers. Finally, we would realize that the insider’s threats being correlated with the corruption are not uncatchable taking into account that they are leaving the trace in cyberspace and the good cyber defense could discover and even prevent some of these cases ever happen in a practice.

In conclusion, we would recommend to societies dealing with the high level of corruption to try to invest in cybersecurity for a reason it’s a quite helpful method of corruption prevention. We believe that a lot of findings regarding some corruption and insider’s threat activities could get found in cyberspace if we are routinely confirming the email and communication accounts. Any suspicious correspondence indicating to some malicious activity should get reported to the Police Force and they should take some further steps in approaching such an investigation.

Since Milica Djekic graduated at the Department of Control Engineering at University of Belgrade, Serbia, she’s been an engineer with a passion for cryptography, cybersecurity, and wireless systems.
Milica is a researcher from Subotica, Serbia. She also serves as a Reviewer at the Journal of Computer Sciences and Applications and. She writes for American and Asia-Pacific security magazines.
She is a volunteer with the American corner of Subotica as well as a lecturer with the local engineering society.