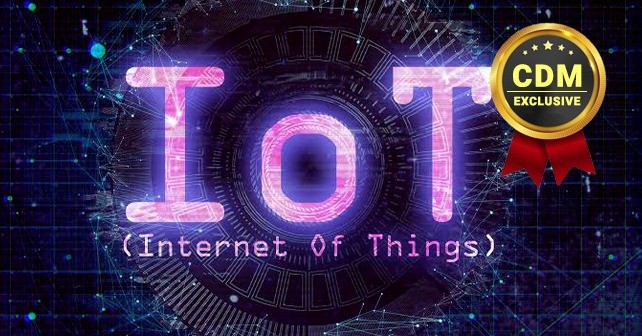 The IoT Boom and The Implications on Our Home Networks

By Domenico Crapanzano, is CEO of Fing

Over the past year you have probably seen ‘Internet of Things’ (IoT) popping up all over the place, but what does this vague term refer to, and how does it impact you?

You may not know it, but you are surrounded by IoT – you use it for work, for entertainment, and some of our homes are even run by it. Actually, the majority of us are very dependent on IoT and don’t even realize it.

IoT is the umbrella term for the increasing number of smart devices and software that connect with each other via the Internet. Smartphones, tablets, watches, TVs – that’s already a lot of things, and the list is rapidly growing. It is predicted “by that 2050 there will be 50 billion smart devices connected around the world” (Gartner).

The future of your home is smarter but is it really safer?
This growth in smart devices means great things for our homes. Over the past few years, we’ve seen the emergence of many groundbreaking home technologies, such as smart thermometers, smart locks, lighting, emotive devices, and security cameras. With this connectivity, we are making advances towards future homes that are intuitive to our needs, as well as cost-effective, greener and physically safer.

However, this invasion of smart devices into our personal lives doesn’t come without its implications. As your home network grows, so does the strain on it and its security.

The growing problem of IoT Security in the Home
Our smart devices can do incredible things so understandably the majority of us consumers are predominately interested in their exciting functions. Unfortunately, a lot of manufacturers are aware of this. The need to lower prices results in the less eye-catching features being ignored or dropped entirely – security is usually one of the fatalities of this cost-cutting.

Without proper security, every device you own can act as an access point for hackers to your network, so the more devices on your network the more vulnerable it becomes. A hacker only needs one weak entry point and they are in. From here they have free range of your private information.

The lack of built-in security features, coupled with the rapid growth of cyber-attacks on home networks, means we will are likely to see a trend in consumers taking a pro-active interest in network security and device scanning tools. As we move further into the unknown homeowners will want the peace of mind gained by knowing who is on their network, where they are vulnerable and even the ability to block unwanted intruders. Some products are already popping up, like Fingbox, F-Secure, and Luma, that are focusing on providing greater network security features for homeowners. As IoT progresses we will see more products of this nature grow to meet consumer security demands.

Taking control of your network and Wi-Fi
We’ve all tried using an open Wi-Fi in a café and been frustrated at how slow it moves. That is because these networks can have hundreds of devices trying to use them all at the same time. Whilst this is frustrating, the problem becomes even more annoying when you experience it at home.

As the number of IoT increases in your home, so does the strain on your network.

An increase in Wi-Fi problems will lead many consumers towards buying more expensive broadband packages to accommodate what they believe they now need. However, as the average consumer gets more tech-savvy we will see a trend toward homeowners desiring the ability to understand how they are using their Wi-Fi. By being able to detect which devices are hogging bandwidth and check the quality of service of the apps they are using, consumers will be able to make their Wi-Fi more efficient.

A final troubleshooting feature many consumers will want is the ability to monitor their Internet speed, so they can check it matches that of their broadband package and hold their supplier accountable for any poor service.

Surviving the IoT Boom
It a very exciting time for home technology, and the possibilities of IoT are only going to get bigger and better! Whilst it great to let these devices into our lives, it is also important to be mindful of how we are doing this. It is easy to get swept away, and overwhelmed, with the speed at which this new technology is being produced, so it is vital to take some time to understand the security and impact implications these could have on your home network.

My biggest tip to homeowners is to take a proactive approach to understand what is on your network and how it is being used. The good news is that as IoT advances in our homes so do the IoT troubleshooting and security products to protect them.

Domenico Crapanzano, is CEO of Fing, the #1 network scanning app for iOS and Android with over 15 million users. Fing’s recently launched Fingbox network security & Wi-Fi troubleshooting toolkit has gained support from more than 5000k backers on Indiegogo raising over 300k in funds. For more information on Fing and its network security products visit www.fing.io.

How Zero Trust Networks Can Help Curb IT Burnout Working from Home? You’re Not Alone ‘Spider-Man: No Way Home’ used to spread a cryptominer The Implications of Zero Trust for Data Why Your Hospital Network Needs an IoT Security Policy How to Prevent Ransomware Attacks On Industrial Networks SAP systems are targeted within 72 hours after updates are released Is XDR The Right Solution for Today’s Security Threats?
October 15, 2019