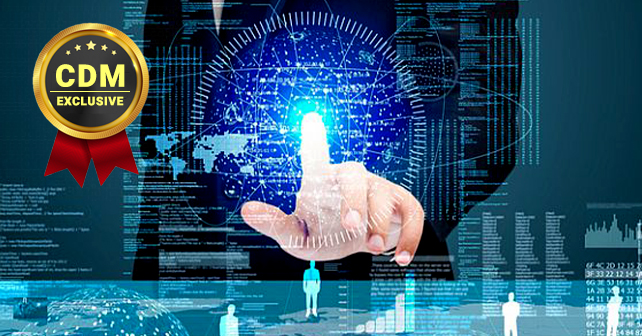 The Internet of Things (IoT) is a quite fast growing landscape and it’s so important to understand why its safety and security matter. That technology would be vitally dependable on the internet connectivity, so if we lose a touch with the web – we would get something that is less usable at some level. It’s so significant to get why we should take care of the entire IoT project’s initiation which should include the intelligent definition of the cybersecurity requirements. For instance, try to imagine how it would work if your smart home, building or city appliances would cancel their functioning at the Christmas or New Year Eve when the majority of people on the North Hemisphere intend to enjoy the wonderful family moments. It’s quite clear that some extreme weather conditions worldwide could paralyze the huge regions over the globe and those are something we should put under our control using the smallest amount of time to repair all the disastrous consequences that occurred somewhere. The similar situation is with the critical infrastructure such as the electrical systems, so far, which could get the target of some devastating weather states or even skillfully planned hacker’s attacks. As it’s well-known, the IoT infrastructure would count about 50 billion devices so soon globally and that mass usage could recognize such technology as the critical infrastructure for a reason its collapse could impact so many people on the planet. The internet signal is also critically important information carrier and as the IoT solutions vitally depend on the web connectivity – it’s quite clear why we need to protect such a communications channel. Finally, the IoT is finding its place amongst the industry and manufacturing sectors, so the challenges of its safety and security are far more obvious.

The Source Spots of Internet Connectivity

The internet is a global network that would rely on a large number of servers, data centers and providers serving to assure the entire infrastructure and provide good communications channels to all end users. The IoT technology is something that would mainly be in the hands of the web’s consumers and if there is no internet connectivity at the endpoint the reason for so could be far more different. In some cases, the web source spots such as the internet providers could get preoccupied with some flaws and unable to offer good internet connectivity. Even in the less developed world – the web providers could serve thousands of clients and the majority of those end users could apply the IoT advancements at their homes or works. From such a perspective, it’s quite obvious how inconvenient could be if someone’s refrigerator with so delicious cake inside so could get disadvantaged over the summer season in case the IoT controller of that device got malfunctioned or if there is no web signal with the smart heating system at someone’s home or intelligent printer within some office which could reject to work as suggested. That’s the quite unpleasant experience, right? The point is the internet providers should provide reliable web service to their end users because of the quite dramatic impacts to the entire public and private sector in case of the web asset collapse. The fact is the internet source spots should use the cutting edge tools for their risk prevention, monitoring, and incident response and it’s highly recommended to apply the security operating centers as the part of your so critical internet infrastructure.

How to Manage the Web Signal All the Way Through

It’s well-known that the hurricanes could damage the entire electricity infrastructure and leave millions of people without electrical power. For such a reason, we see that asset as being the critical one. The equivalent situation is with internet transmission lines. They can go through wires being below the ground or wirelessly being in the air. If anyone tries to do some kind of sabotage to such a system that would mean your server would work well, your device would not be infected anyhow – but you would not be capable to use your IoT gadgets. So many experts would agree that it’s quite challenging to diagnose such damage, so that is some suggestion to the web professionals and such is to try to manage the risk of the entire grid discontinuity. We should always be aware that there are so many malicious actors who could get the sick idea to dig in front of someone’s house or building in order to cut off the internet cables to such a neighborhood. They even may offer some sort of explanation that they are the workforce which does some repairing in that suburb. Anyhow, the teams of web providers’ professionals should try to do the routine assessments of the landscape in order to assure the safe delivery of the internet signal.

What’s going on at the Destination?

The final destination of the internet signal is the end user’s device that is in the majority cases the part of some IoT network. In such a manner, we talk about endpoint security or the methods of how to prevent your computing infrastructure with plenty of associated equipment to get distracted by the cybercriminals. Many researchers would mention that there are so powerful IoT search engines that could get applied in order to discover someone’s IP address and put such a network under the risk. It’s quite inconvenient experience if your IoT controller of, say, the heating system gets the malware for a reason your entire home or office could stay without the nice temperature and adequate humidity during the winter days. Also, if you lose your web connection due to some botnets and so intensive DDoS attacks – you will stay without your control signal to the entire consumer’s destination.

Why is the Web Connection so Critical to the IoT Systems?

Either you are observing your web signal at its source, destination or all way on – you should know that the internet connectivity is something that would provide the information exchange and functionality to the entire IoT network. Through this effort, we would mention how you can lose your web connectivity and let your IoT solutions getting so useless. This is not the critics to this fascinating technological boom, but rather the suggestion to the IoT designers to pay attention to some details that could mean a lot for both – convenience and security of their products’ users. As its name would indicate – the IoT would deal with the internet as its root and from such a point of view, it’s quite transparent that the web signal would be the main data carrier with those solutions. In our opinion, the IoT is the good digital transformation of the existing technologies and at this stage, it means the progress – but we should get more confident about its suitability in terms of such safety and security. There are so many defense threats worldwide and those bad guys could try to take the opportunity to make our lives a bit harder and provoke the chaos amongst the good people of our humankind.

The Further Tips to the Next Generation Security Concepts

So many trickery experiences would show us that the IoT as the fast-growing industry could get assumed as the critical infrastructure because of its so massive applications. For such a reason, it’s important to think hard about its best practices in case of its safety and security, so we believe that the cyber, defense and intelligence communities would invest some time and effort in order to define some of the emerging concepts. In any case, it’s so significant to mention that no internet would not only mean any communications through some period of time but in the case of IoT gadgets – it could include much more dramatic impacts. Simply, the internet connectivity is something we use in order to make the entire systems work and at this point; we are quite concerned that the bad folks could try something to cause harm to many. Let’s make the next chapters of our progress and prosperity being smarter and more secure ones!