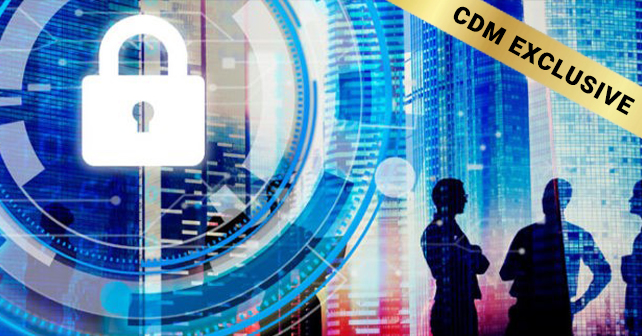 The Internet of Things Engineering Insights

The new millennium would bring a lot of challenges with itself. The main concern of nowadays would be some security matters that should provide us an opportunity to proceed with our progress and prosperity. It would appear that today’s world would develop at the quite fast pace, but the security concerns would always seek from us to re-think our decisions and make a deep insight before we make a decision to take any step further. The technology is good as long as it’s in the hands of reasonable and responsible people and once it gets into the hands of bad guys – it can become our nightmare. The period of time that we live at this stage is quite well-known as the 4th industrial revolution. That era has brought to us so many technological advancements that could impress anyone believing the technology is some kind of unbelievable. The fact is the engineering systems would rely on the strict laws of mathematics and physics and if we see our nature as something being the miracle – we would perhaps experience the emerging technologies as something being so sophisticated as well. One of the most known advancements of the industry 4.0 is the Internet of Things (IoT) being something so new and so old at the same glance. So many experts would agree that the IoT from its engineering perspective is nothing else, but the digital transformation of technology we already know from before. So, what is the trick with the IoT? The IoT is the application of the existing technological solutions and the only new thing is that those improvements got the internet connectivity with themselves. This would sound so simple. Basically, it is once it got resolved, but there is a long walk through the discovery and development of such a solution. From a today’s point of view, it may appear that the IoT is so easy, but the fact is that if you rule over some new technology, it could seem there got no complications at all. The point is the way to obtain so was not that simple, in any fashion.

The IoT engineering would demonstrate that those systems would mainly rely on digital, mechatronics and embedded solutions and those advancements would deal with some sort of the web access. From a technological perspective, it’s the challenge to make such a solution and there would be a lot of attempts and failures that would get taken in order to meet so high requirements. Any engineering project would start with so smart market’s research and the members of the engineering team would conduct so careful expert’s investigation that would suggest them the main directions they need to follow in order to design the new product. More than two decades back, we would talk about the Internet of People (IoP) and everyone would see the web as so convenient place to offer a chance to the folks to communicate with each other. From the current point of view, it’s so obvious if we could use the internet to make the people talk to each other, we could also apply such a technology to make our devices being connected with each other using that signal. This could appear as quite simple, right? The fact is you should come to such an idea in the past and make such a dramatic change as the 4th industrial revolution is. So many engineering teams would work hard on their projects and just like the security professionals – they would cope with some procedures and put a lot of effort on in order to document every single step of their task. In the area of science and technology, it’s not important to get the good idea only – you need to lead your project from its beginning to its end and consequently offer some results on.

So, we would get the secret formula on how to develop and deploy the IoT solutions, but any project of that kind would seek a lot of hard work and ingenious thinking as well. In our opinion, the good preparation and strategic planning could get the appropriate basis in the entire project’s approach and conduction. Using the internet signal to make devices communicate with each other is not the easy task. In such a case, you need to think so hard how to configure your hardware and software and above all; how to produce the next generation solutions. If anyone believes, the IoT engineering is about connecting the hardware and waiting for so to begin to exchange the information on, he is fully mistaken. Any good hardware needs the program that would bring some activity to its operation. In other words, the role of the developers in the IoT projects is from a crucial importance. The programmers are not necessarily familiar with the engineering, because they would deal with so abstract mathematical thinking. In addition, if you want your developer codes something being useful – you need the strong engineering team that would get capable to transfer its knowledge and ideas to that guy who would lately understand the entire concept and make something that would work in the practice. Any IoT projects would bring a plenty of engineering challenges with itself and there would be needed the hours and hours of brainstorming and project meetings that would provide the chance to the entire team to catch up with all the ideas, comments and demands on. The developers are commonly the great mathematicians who would think in programming languages as so many people worldwide speak the foreign languages.

The next open question to the IoT engineering solutions is their security. This is not the challenge to the defense community, because its members would usually be the end users of those solutions. Basically, the IoT security is the big concern to the research and development teams for a reason those guys would get required to make something that would work well and find its place in some practical applications. Finally, it’s significant to mention that maybe some innovation in the field of cyber defense could bring us the new wave in terms of technological revolutions. For instance, if we make a revolutionary new approach to the encryption – we could make the new big boom in the arena of science and technology. As many experts would suggest the only certain stuff in the future is the change, so let it gets like so!

Milica D. Djekic is an Independent Researcher from Subotica, Republic of Serbia. She received her engineering background from the Faculty of Mechanical Engineering, University of Belgrade. She writes for some domestic and overseas presses and she is also the author of the book “The Internet of Things: Concept, Applications and Security” being published in 2017 with the Lambert Academic Publishing. Milica is also a speaker with the Bright TALK expert’s channel and Cyber Security Summit Europe being held in 2016 as well as Cyber Central Summit 2019 being one of the most exclusive cyber defense events in Europe. She is the member of an ASIS International since 2017 and contributor to the Australian Cyber Security Magazine since 2018. Her fields of interests are cyber defense, technology and business. Milica is a person with a disability.