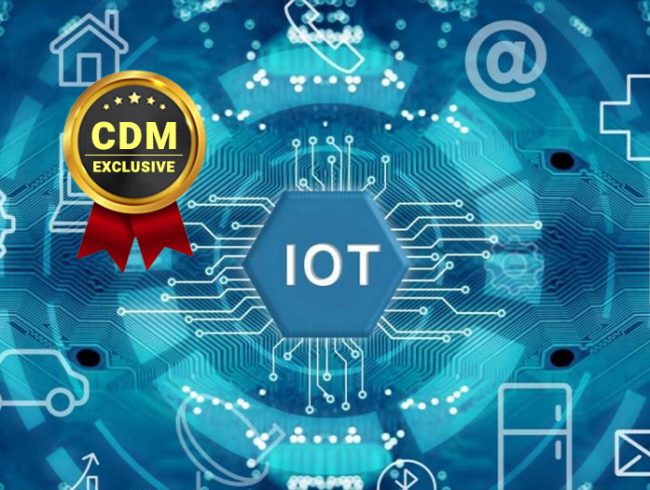 The Internet of Things Ongoing Directions

It takes time to get through the journey. Several decades back the global technological landscape has been less developed and different than it is today. In the meantime, our societies have become overwhelmed with the cutting edge stuffs such as the Internet of Things, artificial intelligence, machine learning and much more. Indeed, all of those technologies have the strong root in the past and they are only the part of the historical wheel that impacts our lives and businesses. The primary accent of the modern emerging world is on the sub-second communication that can make the both – people and machines exchanging the information at much faster level. It appears we are connected better than ever and in that interconnected surrounding we can deal much quicker. Also, the good question in such a case is if the humans are capable to process those information that fast. Maybe the machines can proceed with those findings much better than people as they cope with the powerful processing capacities. In other words, it seems that this novel time can make us move at much prompter scale not only physically, but also virtually. The shift from ordinary to smart landscape is not the surprise as the generations before us have prepared the condition for such a community’s boom. So, our journey is long-term and it is not over yet. Apparently, it seems it is getting ready for the new and new rounds that are waiting for us in the closer or more distant future. In the modern time, when we think about the things such as virtual reality, renewable energy and much more we can notice all of those advancements are common for the technologically developed economies and as well they are doing their knock, knock at the doors of developing world.

At this stage, it appears that we live in the Internet of Things era and that technology is dealing with its everyday changes and innovations. The crucially important thing for that improvement is the web connectivity that provides an opportunity to interconnected devices to exchange the information relying on the internet signal. On the other hand, anything coping with the internet communication has its IP address and from that perspective it’s clear that such a protocol is from the vital significance to that communication and also it’s the biggest weakness to such a system. From this point of view, it looks like that the security of such a communication can be the imperative for the coming times and indeed, such an innovation can run the entire breakthrough of the new industrial revolutions. The high-tech defense is something that is ongoing in this age and maybe some of the directions of the Internet of Things technology are as so. In addition, the Internet of Things is the non-separated part of the industry 4.0 that is the leading engine for the economical growth and development. The Internet of Things is gaining its popularity everywhere in the world and as the technology is getting cheaper and cheaper the industry leaders are opening the new and new marketplaces across the globe. Basically, it’s the trick that will transform the digital endeavors in the way that is so simple and probably not that revolutionary. In the essence, everyone will talk about the 4th industrial revolution and maybe they are right, but in our opinion it is something branding new and still not the discovery on its own. So many Asian countries will take part into this competition and obviously they will not manufacture anything new but rather rely on their contractors and suppliers that will produce the semi-products, so some industry 4.0 factory will just do the assembly of the finalized parts. Anyhow, no one will care and many industries will see the convenient chance to make the profit as well as the breakthrough to the always evolving marketplace, so far.

As we have suggested – the 4th industrial revolution is not something that will deal with any discovery, but it is definitely the phenomenon that will impact our economies, societies and businesses at the same glance. So, maybe we will not deal with the discovery of the alternating current as it was the case in the industry 2.0, but we will cope with the entire new environment of opportunities that will change many of so with us. Indeed, maybe this revolution if we can call it like so is not purely technological one, but more economical, business and social by its nature. Everything is so simple and the Internet of Things by itself is becoming the outcome of the golden outlets to industry as we know it from the past. In other words, this new wave will shake and move everyone in the world and that change being revolutionary or not will impact the non-returnable process giving the chance to everyone following that tendency to make a profit for their efforts. Some prognoses will suggest that the future directions in such a sense will seek from us to take care about our safety and security in the technological manner and indeed, maybe those courses will define our further development. From this perspective, we can notice a plenty of similarities between the 3rd and 4th technological revolution as the both occurrences will cope with the digital systems. Therefore, the industry 2.0 will cope with the analog environment, while the industry 3.0 will also be dependable on electricity but it will make a shift to digital surrounding. Finally, the industry 4.0 is relying on the electricity as well, but it will be so similar to the 3rd industrial revolution as it will also correspond with the digital systems. The entire new trend will suggest that the next epoch will bring the revolutionary new paradigm such as quantum computing. It’s up to us to see what the future will bring, but at this stage we need to think hard how to protect our lives and assets from the harm. The things are not always as they seem.

Milica D. Djekic is an Independent Researcher from Subotica, the Republic of Serbia. She received her engineering background from the Faculty of Mechanical Engineering, University of Belgrade. She writes for some domestic and overseas presses and she is also the author of the book “The Internet of Things: Concept, Applications and Security” being published in 2017 with the Lambert Academic Publishing. Milica is also a speaker with the BrightTALK expert’s channel. She is the member of an ASIS International since 2017 and contributor to the Australian Cyber Security Magazine since 2018. Milica’s research efforts are recognized with Computer Emergency Response Team for the European Union (CERT-EU), Censys Press, BU-CERT UK and EASA European Centre for Cybersecurity in Aviation (ECCSA). Her fields of interests are cyber defense, technology and business. Milica is a person with disability.

50% of internet-facing GitLab installations are still affected by a RCE flaw FBI and Australia ACSC agencies warn of ongoing Avaddon ransomware attacks Microsoft warns of a zero-day in Internet Explorer that is actively exploited US FINRA warns US brokerage firms and brokers of ongoing phishing attacks This man was planning to kill 70% of Internet in a bomb attack against AWS An Internet of Things Future Means Securing Entire Supply-Chains Top Tips For Securing Your DevOps Environment Rise of BYOD Once Again
July 17, 2021