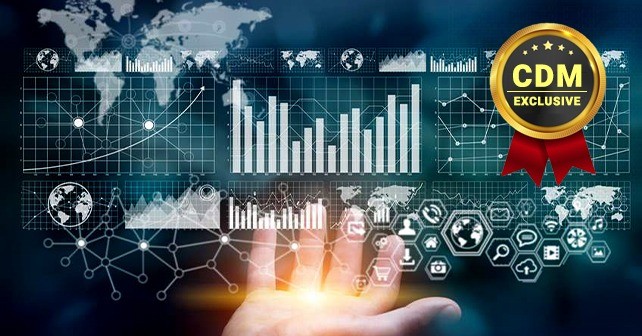 The intelligent control systems and their perspectives

The current industry would deal with many intelligent and even smart mechatronics solutions. Also, those sorts of solutions would be used as part of smart homes, smart buildings, and smart cities.

From the perspective of this research effort, we would talk about the intelligent control systems that would become part of our everyday lives and businesses.

Would plenty of sensors and detectors make your intelligent asset being more intelligent? The answer is – YES! Through this article, we would try to deal with the concept of intelligent control systems and some of their perspectives making a deeper insight into how it’s possible to put more intelligence into your control solution.

By a psychological definition – intelligence is the ability to cope with the unknown environment at a quite advantaged way. So, could we apply such a definition to the technological systems?

The answer is mostly – YES! Well, what would give intelligence to technical assets and why is it important to make the intelligent technological systems?

First, the intelligent systems would so conveniently cope with any environment providing you a lot of useful data about their surroundings.

This would offer you an opportunity to get a clearer picture of some important physical parameters being present in that environment.

Also, if you put the sensors and detectors in a feedback branch of your control system – your controller would deal with lots of accurate data and being led with the smart control algorithm – it would get capable to make the good decisions.

So, the sensors, detectors, and measuring devices are only part of an intelligent solution.

To get something that would deal in a really advantaged manner, you need to do a skillful design of the entire control system.

Maybe the sensors would increase the technological IQ of your asset, but the smart control algorithm would make things deal in an advantaged way to you.

The quite good example of an intelligent control system is illustrated in a Figure 1 as follows.

As it’s presented in the Figure above, the intelligent control systems would deal with the controller, plant, and sensors. The controller is so commonly hardware with some computer’s generated program that would handle the entire system. In control engineering, it’s so usual to call the actuator a part of the plant for a reason that subsystem would manage some sort of process or activity.

Finally, in a feedback branch – we would get some sensors that would serve as data collectors. In addition, what’s given through the previous Figure is a disturbance variable that is only a physical parameter that would distract the entire plant from its operation. Right here, we would give some examples of what the mentioned control system could cover on.

For instance, the controller could be some printed board or electronics that would deal with some software solution being previously transferred to its processing unit. On the other hand, the plant could be some robotic arm or pneumatic cylinder that would get actuated using some DC motor or pneumatic driving system. These devices could suffer some disturbance being, for instance, the high network’s voltage or the unstable air pressure. So, the final destination to our plant would be some mechanical, electrical or combined system that would get managed to work so smoothly relying on electronics board and some actuating device.

So, why the sensors, detectors and measuring devices are so important as part of the feedback channel? As it’s known, we would say that those pieces of the intelligent control system would increase the technological IQ of that solution. When you deal with the intelligent control systems relying on a certain level of simplicity – you would realize the sensors and supporting equipment are so suitable for the good data gathering. The sensor itself is not sufficient to put some intelligence to the entire solution, but if you connect it with the electronics dealing with some software – it would be absolutely capable to collect some information from its surrounding. Let’s try to explain this using the human being’s organism.

As it’s known – people would use their five senses to collect information about the external world. Such collected data would get sent to the brain through the person’s neural network being extended through the entire human body. The brain would process those data and send back the signal what got necessary to get done. We would also mention that the nerve cells would use the electrical impulses to transfer the information. So, you would see the similarities between the human organism and the intelligent control system. For instance, if the person would touch anything hot – his brain would suggest him to move his hand from that place.

For such a purpose, the human would use the power of his muscles to make that move on. The similar situation is with the intelligent control systems. For example, when the robotic arm gets in the final position, the sensors would send that signal to the processing unit that would talk back to the robotic arm to stop. For such a purpose, the system would use the power of its actuating device being – let’s say, the DC motor. So, if we make a correlation between sensors and our five senses; processing unit and the brain; actuators and the human muscles – we would realize it’s quite simple to understand how the intelligent control systems work.

Finally, we would mention that the sensors would move up our technological IQ. This could be assumed as a quite good illustration of how we could approach those parts of our intelligent control system. More sensors you put into your control system – the better it’s the capacity to deal with the unknown environment would be. In other words, your processing unit would gather more data and if you do good programming – it would respond intelligently to the certain set of situations being predicted with such software.

The technical systems are quite limited to the laws of physics and mathematics, so they would get intelligent or even smart only if their designers put lots of effort to make them be like so. In conclusion, we would use the quite simple illustration how the intelligent control systems work in a practice and we would recommend to everyone dealing with them to think hard how those systems could face on the next generation of their designs which would make them getting safe and secure at the same glance.

SAP systems are targeted within 72 hours after updates are released Transitioning to Remote Work: The Apps You’ll Need to Ensure A Productive Workforce Security and Remote Management: What Is the Market Looking Like as We Head Towards 2021? Top Tips For Securing Your DevOps Environment Bitcoin Soars but Will Security Risks Spark Greater Regulation? Patchstack Protects The Web With Community Cybersecurity in Healthcare: Benefits, Examples, and Usage Tips Healthcare cybersecurity framework BIOPASS malware abuses OBS Studio to spy on victims
August 28, 2019