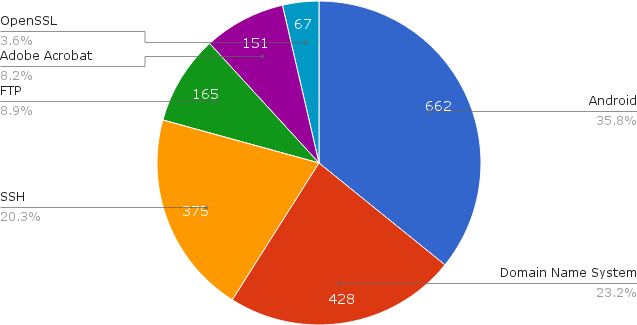 A study conducted by Recorded Future on PoC exploits shared online over the last year shows that social media is the main distribution channel.

The PoC exploits are developed by threat actors and security experts to demonstrate the existence of s security flaw into a target system and how to exploit it.

In some cases, hackers publicly disclose PoC exploits to force a company to develop a patch to fix critical flaws in their products.

The research allowed the discovery of roughly 12,000 references to PoC exploits shared online since March 22, 2015, an amazing data is we consider that it represents a near 200 percent increase compared to the previous year.

Which are the targets of the POC exploits?

Giving a look to the list of the most widely distributed PoC we can observe that the CVE-2015-7547 buffer overflow flaw is the one with the greatest number of PoC exploits. The flaw affects the GNU C Library and could be exploited by hackers to trigger a buffer overflow through malicious DNS response.

The analysis of the top 10 vulnerabilities discussed around POCs suggests a huge focus on Linux boxes and Microsoft Windows Servers, clearly due to their diffusion.

“According to open source intelligence (OSINT) collections by Recorded Future, here are some of the most linked to POCs over the last year:”

“Researchers and malicious actors focus their time on developing POCs for Web servers/services and consumer products in the Microsoft Office suite, Microsoft IE, etc. These are used across the commercial, consumer, and government sector widely,” explained Nick Espinoza from Recorded Future.

Enjoy the report, it is full of precious data.