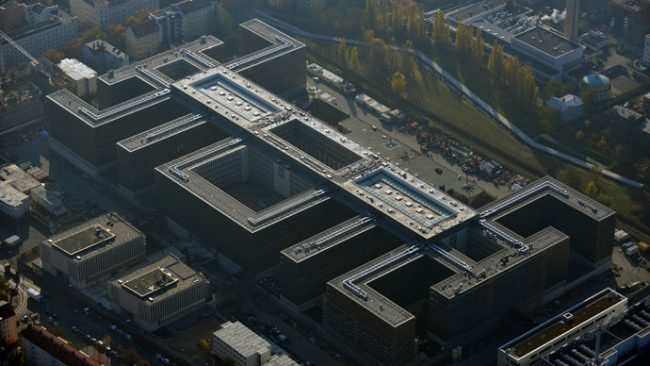 According to the German media the German intelligence agency BND has resumed the monitoring activities conducted in a joint effort with the US NSA.

It seems that the German government has never suspended the surveillance activities on its unaware population, to be precise monitoring activities conducted in a joint effort with the US NSA have been resumed.

In August, the German weekly Die Zeit disclosed documents that reveal how the German Intelligence did a deal with the NSA to get the access to the surveillance platform XKeyscore.

Internal documents show that Germany’s domestic intelligence agency, the Federal Office for the Protection of the Constitution (BfV), received the software program XKeyscore from the NSA in return of data from Germany.

Back in 2o11, the NSA demonstrated the capabilities of the XKeyscore platform of the BfV agency. After two years of negotiation, the BfV signed an agreement to receive the NSA spyware software and install it for analyzing metadata collected on German citizens. In return, the German Agency promised to share metadata collected.

The NSA tool collects ‘nearly everything a user does on the internet’, XKeyscore gives ‘widest-reaching’ collection of online data analyzing the content of emails, social media, and browsing history.

In 2013, documents leaked by Edward Snowden explained that a tool named DNI Presenter allows the NSA to read the content of stored emails and it also enables the intelligence analysts to track the user’s activities on Facebook through a system dubbed XKeyscore.

According to Die Zeit, the document “Terms of Reference” stated: “The BfV will: To the maximum extent possible share all data relevant to NSA’s mission”.

The BfV didn’t provide the details of the agreement to Germany’s data protection commissioner, nor it informed the Parliamentary Control Panel.

Now the Germany’s BND intelligence agency has resumed its internet surveillance with the support of the NSA, the activities were suspended following the revelation on the mutual espionage activities. In July 2015 Wikileaks revealed an extended economic espionage activity conducted by the NSA in Germany, the spies were particularly interested in the Greek debt crisis.

The US intelligence targeted German government representatives due to their privileged position in the negotiations between Greece and the UE.

“[it] further demonstrates that the United States’ economic espionage campaign extends to Germany and to key European institutions and issues such as the European Central Bank and the crisis in Greece.” “Would France and Germany have proceeded with the BRICS bailout plan for Greece if this intelligence was not collected and passed to the United States – who must have been horrified at the geopolitical implications?”

Some of the interceptions are dated classified as highly sensitive and documents were cleared for distribution among the “US-led ‘Five Eyes’ spying alliance of UK, Canada, Australia and New Zealand.“

The espionage activity conducted by the NSA on German officials and politicians was economic in nature, according to the Wikileaks press release the operations are dated back 1990s, when US spies targeted phone numbers of officials in the German Ministry of Finance, including sometimes the ministers themselves.

In October 2015, the German authorities have launched a probe into allegations of a new cyber-espionage campaign that is suspected to be linked to the US intelligence.

The news was revealed by the German newspaper Der Spiegel, the same that issued the report on alleged US snooping on Chancellor Angela Merkel’s mobile phone in June.

This time, the attackers targeted the personal laptop of a department chief in the chancellery that has been infected by the powerful Regin spyware.

Many experts linked the Regin malware to the Five Eyes alliance, they found alleged references to the super spyware in a number of presentations leaked by Edward Snowden and according to malware researchers it has been used in targeted attacks against government agencies in the EU and the Belgian telecoms company Belgacom.

The Der Spiegel, citing cyber security experts, confirmed there “is no doubt” that Regin can be linked to the Five Eyes alliance.

On the other side, in November the RBB Radio and Spiegel Online claimed that the BND is also responsible for cyber espionage on its own account on several embassies and administrations of “European states and allies”.

“the BND had systematically spied on ‘allies’ across the world, including on the interior ministries of the United States, Poland, Austria, Denmark and Croatia.” states the Spiegel.

According to the Der Spiegel, the German Secret Service spied on the US delegation at the European Union in Brussels and the UN in New York, the US Treasury, and several embassies in Germany, including those of the US, France, Britain, Sweden, Portugal, Greece, Spain, Italy, Switzerland, Austria and the Vatican.

The German intelligence appears very active, the German spies also spied on the Geneva-based International Committee of the Red Cross and Oxfam.

Following the above events, in  May the German intelligence BND had stopped sharing surveillance information with the NSA. The data were collected from the surveillance station in Bad Aibling in Bavaria, it is  considered a critical place for the monitoring of events in the Middle East.

I’m not surprised, the recent escalation of terror is triggering the response of the Western Intelligence agencies, and a close cooperation with other Governments is essential to prevent other tragedies.