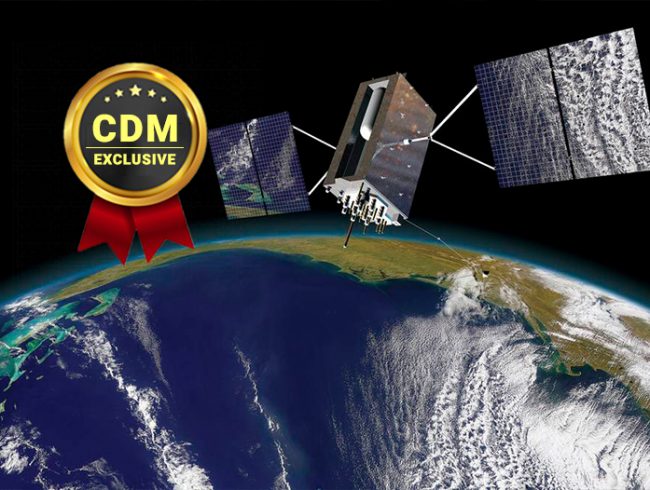 Both the importance of GPS systems and their vulnerability to a cyber incident or attack are well understood. What is less understood is that GPS and the satellites behind them now comprise the very threads in the fabric of our modern economy.

The value of GPS is built on three primary pillars: position, navigation and timing (PNT). While position and navigation are a logical given, the exact time is the unsung contribution of GPS that largely affects the way our world functions. Without an accurate source of timing, banks would be unable to timestamp payments. In fact, they couldn’t conduct any kind of banking without GPS. Communications networks could not communicate, the stock market would seize, ships and aircraft would be imperiled and our various terrestrial networks from power grids to broadcasting and cloud computing – and the Internet itself – would fail or slow down dramatically. The newest 5G based systems also depend on GPS as their primary source of time. A staggering number of critical systems necessary for modern life are wholly dependent on GPS with no other primary standards traceable source for accurate time.

Other countries have deployed their own systems such as BeiDou (China) and GLONASS (Russia). Today’s threat analysts are aware that being 100% dependent on space-based systems with no other PNT alternative leaves America’s national security profoundly vulnerable to a wide variety of attackers. Single person local attacks and nation-state threats are easily conceived.

This leads to the question, “What is the likelihood of our GPS system failing?” The possibility of a system-wide failure is remote. But the impact of such a failure is incalculable. The reality is that GPS satellite signals are vulnerable, not only to space weather, missiles, space debris and general wear and tear, but also to bad actors on the ground via spoofing and jamming. If we continue to rely exclusively on GPS it will remain an attractive attack surface because nearly all modern systems depend on it as a source of coordinated universal time.

Many analysts see such an exploitation as a matter of when, not if. Bad actors – any cybersecurity adversary interested in attacking IT systems – may harness a spoofing attack, an intelligent form of interference which makes the receiver unusable or worse by making it believe it is at a false location. Even traditional means of intentional interference such as jamming can still jeopardize GPS transmissions as effectively as they did to international broadcasting stations during the Cold War.

Alarmingly, successful satellite hacking has already occurred multiple times over that last 20 years and was first noted as far back as in 1998 when hackers took control of the U.S.-German ROSAT X-Ray satellite. Over the years, hacking became more prevalent with two more successful attacks, believed to be led by China in 2008 and 2018. In response to the growing amount of threats, specifically from Russia, China and Iran, the U.S created the Space Force in 2019, specifically designed to operate and defend military satellites and ground stations that provide communications, navigation and Earth observation. While enhancing the profile of these initiatives is a step in the right direction, a more robust strategy is needed to ensure accurate PNT in case threats slip through new security measures. An equally dependable and ubiquitous source of position and time is the best way to minimize the attractiveness of the GPS system as an attack vector. eLORAN is the perfect tool to fill this role in any nation’s security.

Enhanced Loran (eLORAN) is a positioning, navigation and timing (PNT) service for use by many modes of transport and a secure source of time for countless systems critical to everyday life. eLORAN is terrestrial based, meaning that instead of low power signals beamed from space, it utilizes much higher power transmitters which are difficult and expensive to jam. It is fully independent from GPS because it provides an independent source of accurate location and time traceable to a national time standard.

Formerly known as LOng-RAnge Navigation (LORAN), eLORAN is “enhanced” to provide accurate time and geolocation data whereas LORAN originally only provided approximate location information. eLORAN is a modern digital system, which builds on proven analog radio frequency technologies such as Loran-C. eLORAN can provide robust and accurate position, navigation and time data across any desired area of the Earth. It can be received in many indoor and subsurface locations whereas GPS generally requires an unobstructed view of the sky. This makes eLORAN receiver installations less visible and thus more easily secured.

Today’s eLORAN systems transmit signals that are three to five million times stronger than GPS/GNSS and have 99.999% availability and reliability. Each tower has up to a 1,200-mile signal range. Its spectrum of 90-110 kHz is internationally protected, and eLORAN is deployable rapidly, so military branches can quickly set up systems anywhere in the world.

An eLORAN system designed to cover the contiguous United States requires only a handful of towers are for mission critical timing applications. Less than 2 dozen high-power transmission sites are needed for full CONUS position and navigation capability.

eLORAN is a practical solution that is too often underestimated by planners and analysts, many of whom are not familiar with modern eLORAN. They know GPS is vulnerable but may not be aware of recent advancements that make eLORAN practical, affordable and deployable now.

Fortunately, there is a renewed and growing national consensus that the deployment of eLORAN must be accelerated to strengthen the nation’s infrastructure that is increasingly and solely dependent on GPS. Companies such as ours, with a tradition of innovation and RF leadership, have spearheaded development of the latest generation of this technology. Through these efforts many of the past cost and technological constraints, such as land area needed for eLORAN transmission towers, have been overcome. Today’s fully digital eLORAN systems reduce antenna tower height by half and the necessary land area by 75%. Making eLORAN system planning and deployment much simpler at a time when the world needs the more resilient and independent solution eLORAN provides.

For America and our allies, eLORAN is a necessary and fundamental “fail safe” at a critical time. 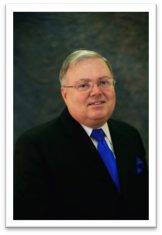 Dan Dickey has been the President of Continental Electronics Corporation since 2009. Dickey is a named inventor on multiple patents, and has previously held design engineering and management positions at Harris Corp. and ADC Telecommunications. He has published papers through the world’s largest technical professional organizations, IEEE, and has co-authored a book on broadcast engineering published by the National Association of Broadcasters. Dickey holds a Bachelor of Science degree in Electrical, Electronics and Communications Engineering from the University of Missouri. For more information about Continental Electronics Corp. please use this link: https://contelec.com.