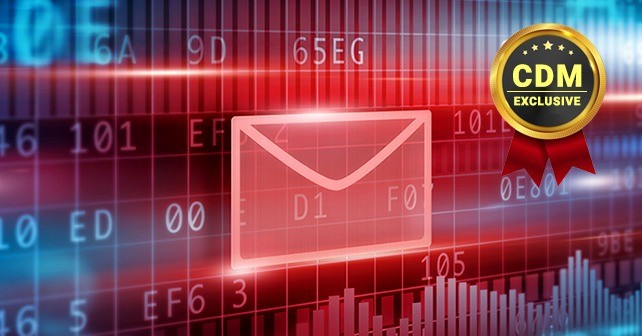 The Email Tracking and Fraud Prevention

Since the early beginnings of digital systems and the first discoveries of the email data exchange – there have been the heaps of methods how to misuse such communications and commit some kind of fraud over the content being sent through the email channel. In other words, just try to imagine if any of your confidential information such as technical documentation, intellectual property or corporation’s stamps and signatures would get transmitted through the internet and the bad guys would come to the possession of those sensitive details. Indeed, there would be feasible to obtain so many frauds over those contents claiming that you are someone else that would so freely manage those data and try to take some kind of financial advantage over those findings. The fraud by itself is so impactful crime that would take a lot of money per year from anyone being targeted by that sort of criminality. For instance, there is not the rare case that so many cybercrime groups would hack the colleges and Universities worldwide and steal the templates of the degrees, diplomas, and certifications and once they get such a frame – they would complete it using the fake information and sell it on the black market and someone getting no correlation with – let’s say – the medicine would show the doctor’s degree on the job’s interview and maybe get the chance to start his medical professional career somewhere. Also, it’s possible to steal the entire interview selection procedures from someone’s computer or another device and prepare your skillful fraudster to take advantage of such knowledge. The similar scheme could get applied in any other fields of human activities and if the background check is not straightforward – the people could easily get the victims of so simple email tracking espionage. For such a reason, it’s so crucially important to protect your email account and ban the access to the cybercriminals to so easily monitor your email communications. In the practice, there are some methods how to prevent your email from being traced, but in so many cases – if the hackers deal with the professional tools, they can track any email account either it is assured or not.

The concept of untraceable email

The first indications that we could cope with the untraceable email correspondence would appear approximately 30 years ago with the development of the Tor’s project. Indeed, there are no known hacking tools that would offer the opportunity to the ordinary cybercrime groups to stalk the onion email accounts. The fact is those accounts are not with the well-designed access control and so many bad guys could try to approach the accounts simply obtaining the login details or guessing them. The Tor is the system that would offer us the chance to lead so confidential communications providing us the option to deal with the great amount of security, privacy, and anonymity. The similar case is with the email data transfer and those solutions would also cope with the good level of intractability. As it’s well-known, the Tor is the environment being suitable for the both – good and bad guys – and it would use so-called role-based access control. That would mean that anyone getting the login information can approach any account and not only that. Namely, anyone with the admin or superuser permissions could investigate any account being from the lower priority, so far. It’s quite clear that so many defense forces would deal with those products and they would be in a position to see what anyone being the part of the Tor’s network including its email account does within such a surrounding.

In reality, there are plenty of Darknet solutions being accessible through the deep web. Those systems would go far more below the surface of the regular internet and offer so many secret details. Such an environment would be so handy place for the hackers, cybercriminals, activists, and even defense professionals. The Darknet by itself could be the real oasis to many dealing in so illegal manner, but in our belief – it would still be controlled by the good guys. So many defense and intelligence agencies would use the findings being available through the Darknet in order to understand the malicious actors’ behavior, motives, and actions, so far. The point is the Darknet would provide some scale of security, privacy, and anonymity, but that sort of protection could get managed by the defense services that would use such an infrastructure in order to attract the bad guys and lately investigate and remove them from the web. As it’s quite well-known, the cyberspace is so overcrowded spot and the places with the huge concentration of the people could get suitable for committing any kind of the criminality. The similar situation is with the Darknet and the fact is the one who has control over such an environment would take advantage over the rest.

The frauds being possible applying the email communications

In the practice, so many email accounts would be the cloud-based ones and there would be present some possibilities to track those spots. The point is so many confidential information would be exchanged through the email communications and someone only tracking some private or business correspondence could get in possession of so valuable details. It’s the quite common case that the open documents would get sent through the email correspondence and that’s the pretty big advantage to the hackers who could put under the surveillance the entire small businesses dealing with so poor cyber defense and making the good incomes per an annum. In other words, someone doing the cyber espionage could obtain so significant details and use them to trick someone who got absolutely no idea that those data are stolen and can serve for the financial benefits only. We believe that it’s quite obvious that so many fraudsters would get correlated with the cybercrime rings and those folks would simply monitor someone’s email accounts and get whatever they want to have. On the other hand, it’s quite logical that the hackers could make the breach into someone’s IT system, but it’s also quite convenient to track someone’s email communications.

Some countermeasures to these scenarios

As we would suggest, the small businesses coping with the poor cybersecurity and contributing a lot to the entire economies could be so easy target to the bad guys. In so many parts of the world, the small businesses would get recognized as the critical infrastructure being from the strategic importance to the entire nations. In our opinion, the best feasible way to prevent these scenarios even happen could be to run some awareness campaigns and programs that would warn and teach the people how to deal with such situations. The situational awareness could be from the crucial significance to many and even if we make the untraceable email with the great access control – there is no place for relaxation for a reason the attack could appear whenever so far.

Finally, what we need at this stage is so branding new and innovating technology that would give us the chance to combat the cybercrime as well as the frauds anytime and anywhere. It’s quite obvious everything got correlated with everything and the entire defense and intelligence landscape could seem as so complex and dynamic. The point is it’s so necessary to think in advance and figure out how your threats think and what they really want, so far. Only then you would be in a position to overcome all possible obstacles and talk about some sort of the best practice on.