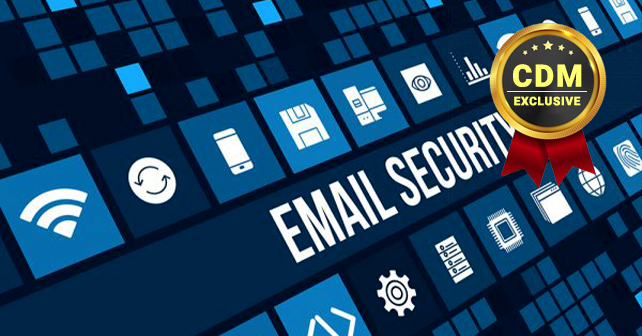 Let’s try to remember the times of the old, good letters when the postman was knocking at your door or apparently leaving the message in your mailbox. The old, good habits never die, right? Even today so many post express and delivery services would exist, but it would seem the people would not so frequently write the letters using the pen and the piece of paper. Indeed, today so many folks would use the post services to send the goods and sometimes the postcards, but very few of them would spend the entire night putting some warm words into the skillfully decorated letters. Also, the main drawback of such a correspondence is that you need to wait for some period of time before that lovely message arrives. On the other hand, the old, good habits would still exist and so many of us would spend the entire hours composing the messages to the people belonging to both our personal and business lives. As it’s so well-known, the technology would evolve and even several decades back we would start dealing with the internet and the first forms of electronic letters. Would such a change in our habits mean the progress to every one of us or would we get into the position to put aside all our sentiments and emotions for a reason the pace of life would become so fast?

The answer to this question is the technological progress would definitely accelerate our everyday routine and some technologically advanced nations would make the real fortune selling so expensive cutting-edge systems. Faster we do more money we would make – would that be the point? Basically, if we say the money that could sound so attractive to many people and especially adoring motives to the bad guys who would not play by rules. So, if you deal with a good amount of money – you could get so attractive target to the criminals and even terrorists who would want to take control over your fortune. No one would want to give anything he made through the hard and honest work that easily, so that’s how we would get the conflict. Practically, it’s not only about the money – it’s more about any value that would mean a lot to the good people of our world. Apparently, the good guys would cope with the values, while the bad ones would deal with the interest to get everything at the silver plate applying only the brute force and intimidating everyone who would try to straggle about their demands.

Dealing with email means being online

So, let’s return to the old, good habits! If we say the email, we would mean by so the nicely composed electronic message that would arrive at you only several seconds after being sent from someone’s computer. It would seem that the main advantage of the electronic mails would be they would come to you so promptly and you would not need to wait for days to get those messages being delivered to you. The major requirement to enjoy such convenience is to get some IT devices with the web connection. In other words, if you and your friend are online – you can exchange the electronic letters so freely. In other words, if there is no adequate equipment and internet connectivity – you should simply spend the entire hours preparing the old-fashioned letter and posting it to your companion on the other side of the globe. That’s quite unsuitable and time-consuming; so – many people across the world would choose to get IT skillful and capable to cope with the challenges of this new time.

The main concern with this emerging technology is that it would get dependable on the electrical energy as well as so vulnerable to the cyberattacks, sabotages and espionages, so far. Just try to imagine someone getting so curious to see the content of your letter who would be ready to steal your so personal message, open it and make a copy and finally, forward the re-packed letter to you. That’s the real espionage, you would agree? Basically, that’s so possible with the electronic mails for a reason you could do the email tracking in so similar way on. Also, when your favorite post officer is coming to you to deliver the contents to you someone could assault him on the street making the real trouble to all. Practically, that’s how the cyber attack to your email could get seen in reality. Maybe you would get your e-message, but there would be some concerns about such a delivery. Above all, if we talk about the sabotage that could mean that you would never or feasibly with some delay get your letter probably because someone would cut its route or make a diversion in some post office which could get assumed as some server or datacenter in the cyber terms.

In the experience, there would be two basic ways of coping with the email and they are email applications as well as cloud-based systems. Anyhow, your emails would get exchanged in some online environment, but if you deal with the email application – you would simply drag your emails into your computer’s surroundings. In case you cannot do that – you can always check your account on the web and confirm what is happening there. Such a web environment would get considered as the cloud-based system and in so many new solutions you can manage your account setting up its security and privacy parameters there. Basically, all your emails would be into some virtual environment and even if you want to see your account from your email software or the real web surrounding you should know that you are equally at the risk in both cases. The best practice would suggest that you must change your login permissions periodically for cybersecurity reasons.

You are never safe enough, anyway!

On the other hand, it’s good to know that there would be plenty of tools on the black market that would cope with the capacity to provide them access to your account and offer some tracking abilities even if you are using the standards email encryption. It’s quite simple to confirm if any email account exists and once you obtain so you can ask your hacking tool to share such a password with you. This would appear as a piece of cake, right? Mainly, the point is you would never get safe enough in cyberspace and as we are getting the new and new generations of the products and services – we should always get in mind how to manage the risk being correlated with their usages.

The experience would show that the hackers would so easily track anyone’s email account relying on the professional tools. On the other hand, some of them would go that far away to make a breach to the email account and cause some changes there. That’s the huge disadvantage which could produce significant unrest within the both – private and public sectors. So, that’s why so many IT security experts would appeal to the decision-makers to take into account somehow better access control to the email environment. Some steps in such a sense would get made, but there is a need for more effort that should get invested in a safe and convenient user’s experience.

It would be wonderful if we could mitigate the risk fully and totally, but unluckily – that’s not possible. The history would suggest that the risks, threats, and challenges would always be present, so what we can do at this stage is only the smart privileges management. The future is not much more promising about the world where we live and work, so someone dealing with so high expectations that tomorrow would be easier than today could sound as quite over hopeful. The people would choose to dream about the better days and so many of them could return to the past believing that life then got more beautiful than nowadays. Probably because of the lack of inspiration and sometimes creativity – we would believe that the models from the past could be the perfect solutions for tomorrow. In total, the technological boom would defiantly teach us that our planet is not the same place any longer and maybe some ideas from the past would get recognized today, but the conditions have changed so dramatically and if we do not think in a bit more progressive manner – we would make the trap to ourselves only!

We would start this effort with the story about the old, good habits and conclude it in so serious fashion. The fact is cyberspace is our past, present and it would look like from this perspective – probably the future. Some mindful people would believe that we should so deeply understand our past if we want to create the future is good to everyone. Maybe this claim would cope with some sadness in the air and possibly some pragmatics would suggest that we are getting a bit pathetic thinking like so, but the fact is something that would seem as a dream today could turn into the wonderful reality tomorrow only if we choose to get bold enough to believe into the better things!