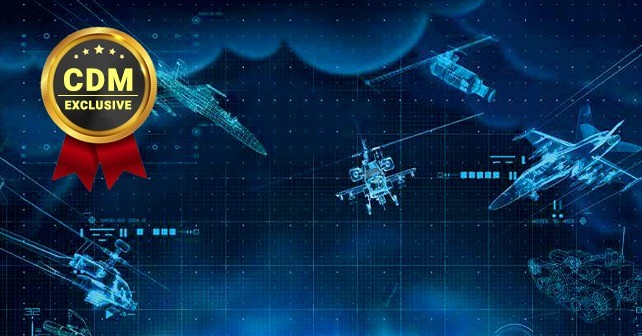 The Correlation Between Psychological and Cyber Warfare

The cyberspace is so suitable place for putting many different contents there. Those contents could get experts, funny as well as the part of some psychological campaigns. Practically, if you want to target someone’s mind and psyche – you can re-tell your story using any possible approach and style. In other words, in order to make someone gets your point – you can represent your concept applying so comic way or writing. Also, you can show everything as being so serious and your audience would also get satisfied with such an approach. Sometimes is funny writing equally impactful as so severely explained the news. Anyhow, whatever you use to share your ideas and findings – you need so well-developed skills in order to cause a certain effect to your readership. Everything including the expert’s analysis, funny talk or some serious overview – could deal with the piece of irony, criticism and silly thoughts. The cyberspace channels such as e-mail accounts, social media or communications lines could serve to transfer your message on.

For instance, if you want to criticize the level of corruption and bribe in, say, China, you need to prepare your story so skillfully and carefully and share it on the web relying on the websites, social media channels or any other methods of communications. The point in such a case is so clear – someone would use such propaganda to take some advantage and even make people believe everything coming from China is unreliable and untrusted. In addition, if we talk about a bit harder topics such as organized crime and terrorism – cyberspace could serve as a spot for leading the real psychological warfare within there.

Maybe the warriors from the western culture would use so rational and pragmatic way of explaining things and leading the audience to some concluding remarks, while the bad guys could try to affect someone’s emotions in so pathetic, unhealthy and embarrassing manner causing the real harm to someone’s mental health condition. The good point here is we should try to select what we want to consume from the web for a reason such contents could impact our psyche in so inappropriate fashion. Finally, as the ancient saying would suggest – the common people believe in any tales as they believe into anything else, so from that point of view; it’s quite clear that someone leading the psychological operation using all possible cyber capacities would assume that proverb as accurate and try to take the huge advantage over such a claim, so far.

The fake news as adequate propaganda

Especially in the warfare situation – so many forces would use fake news in order to take some kind of advantage on the battlefield. In case you do the real bombing of your enemy using the fake news – he would get delusional about what got accurate and it’s quite obvious – if you do not deal with the accurate assumptions, your next actions could take you on the completely wrong way on. The fake news could be the sword with two edges for a reason they could discourage your enemy as well as over courage someones being the part of your team. In other words, it’s so important to carefully balance between your fake and accurate news as well as cope with a more intelligent approach, rather than emotional points of view.

From the military doctrine, it’s quite well-known that the propaganda could serve to break on the enemy’s motivation and resistance, so if you combine your psychological operations with the cyber warfare – you can expect the quite positive outcome to your side. When we say the cyber warfare – we could mean by that so skillfully formulated hacking strategies that could cause your opponent getting feared about his existence on the internet. The web is so critical infrastructure that could support the rest of the national strategic assets and if we target such an aim richly relying on skillfully prepared psychological campaigns – we can level down any resistance.

What about suspicious social media accounts?

During the cyber warfare operations – there could appear so many suspicious social media accounts that could get managed so intelligently in order to produce a certain impact on their followers. For instance, you could use the identity of some VIP individual who could broadcast anything from his social media channel and make an impression that such communication is something that would undoubtedly suggest what that person does every single day. Someone could believe that coping with such an account – he can get the habits and even the way of thinking of such a person, but that is also the trap. Additionally, there could be plenty of fake identities social media accounts and those accounts could get maintained by both – good and bad guys. It’s well-known that modern terrorist organizations would use web channels in order to spread their ideology and recruit the new members of their groups.

Would anyone get so many spam emails, so far?

The skillful hackers would get capable to discover nearly anyone’s e-mail address and they would commonly use the spam messages in order to wake up the people’s sentiments and make them share some so sensitive information about them. This is especially dangerous in the time of conflicts because your opponent could send you the spam messages with so pathetic content and make you talk with him and even get emotionally affected with his propaganda. Anyone falling under such impressions could deal in so irrational ways and so carelessly discover what it is going on in his surroundings and what the situation at that location is. The e-mail correspondence could be so powerful weapon in the hands of human trafficking and organized crime groups that could use such a method to make the possible victims talk about their weaknesses and vulnerabilities leaving them open to the next step operation on.

It’s a quite common case that there could be a lot of disinformation in the cyberspace and as fake news serves to, for instance, announce the arrest of some mafia lord that has never happened – the disinformation could get the role to trick the opposite side and make it getting blind about some situation. The ongoing time would seek a plenty of awareness about such operations and anyone coping with some web content or dealing with some social media accounts or e-mail correspondence should know that behind so beautiful appearance and style could be someone being so dangerous and harmful who could try to gather some intelligence about the current situation and take it as some sort of advantage in so merciless game for power and dominance on the battlefield.

Reliable vs. unreliable contacts on the web

Anytime you choose to talk to someone on the web – you should think twice. There are the heaps of reliable and unreliable contacts on the internet and it’s not smart at all to share so sensitive information with someone you do not know at all. Also, even if you cope with some confidence about your contact you should use limited communications as there could always be someone who could spy on your account and try to take some benefits over such activity. So, in the case of emergency – never talk what it is going on at your spot even if someone being so closed to you is asking you for such a finding.

Protecting Human Rights in The Era of Cyber Information Warfare Information Warfare and What Infosec Needs to Know Exploring the Synergies Between HIPAA Compliance and Cybersecurity How to Close the Security Gap Between Identity and Access Management (IAM) and Shared Accounts Transparency And Collaboration Between Vendors and Customers Are Key to Reducing Third-Party Security Incidents Threat Modeling: Bridging the Gap Between Developers and Security Architects December 2021: Cyber Deception Month Continues…Today’s Cyber Deception Tools Are Straight Out of Science Fiction Cyber (In)Secure: Business Sentiment on Cyber Security Challenges
October 6, 2019