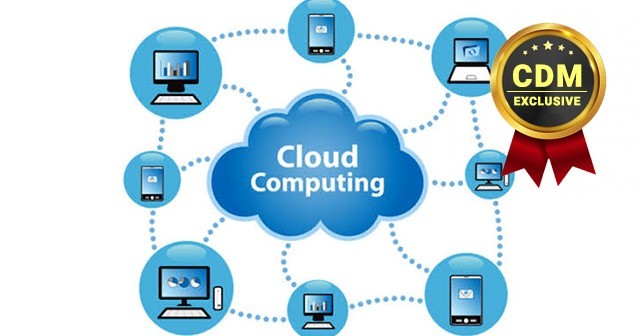 The cloud’s computing is not that new topic in computer science, so we would not deal with that as being somehow emerging. It’s something that lasts a certain period of time and getting improved as the time goes on. The important thing with this concept would be its security not being that well developed even with the present times.

Many businesses would move to the cloud’s systems for a reason of holding both – their data and applications – there. Through this article, we would try to provide a good overview of the challenges being correlated with this technology as well as discuss how we could secure those solutions.

The quite interesting question at the beginning would be why this technology could be called the cloud’s one. The fact is that the user’s experience would be that he would access data and applications through some web location believing they would just float around as the clouds do that on the sky.

The truth is those web locations would get stored using some servers within data centers. As everyone would know – it’s quite easy to access your cloud’s environment simply logging in using your username and password.

The cloud’s environment would get accessible through web browsers just calling that Internet surrounding to appear.

The entire environment would get separated using many accounts and those accounts would serve as a perfect spot for holding so many information. The cloud’s technology could get approachable through desktop computers, laptops, mobile phones and so on.

The main challenge to this technology would be its security. Many vendors would provide quite good solutions to these systems, while many would still stay unprotected.

We would use the examples of the Gmail and Twitter which would offer an SMS-based verification as a quite good defense to your cloud’s environment.

On the other hand, many solutions dealing with commercial usage would straggle with their access control. Would this make their systems being somehow vulnerable in comparison with those being pretty sophisticated ones?

The answer to this question is quite straightforward and it sounds – yes! It this time when the hacker’s so easily can break into someone’s account being assured with the username and password only – it’s crucially important to get somehow better protection.

Practically, we would see in a period of the next few years in which direction would these solutions go, while at this stage – we can realize that some ways could already get noticed.
As the most important steps in a current cloud’s defense – we would notice that there are three phases within this approach. First, you need to identify a threat before you decide how you would deal with it.

Second, it’s significant to understand everything putting you at the risk in order to know how to protect your critical asset. It’s quite obvious that security is the last phase into this cycle and as we would mention many times through our efforts – understanding the threat is a key pillar to a good defense.

In the case of the cloud’s technology – the threats could be human and non-human by their nature. In other words, sometimes the hackers or cybercriminals could affect your cloud’s asset, while in some cases – those could be some sorts of technical flaws.

Finally, we would encourage everybody belonging to an expert’s community to try to explain such complex topics using the “on the ground” approach and in such a manner make a good knowledge transfer to those who need such findings.

Since Milica Djekic graduated at the Department of Control Engineering at University of Belgrade, Serbia, she’s been an engineer with a passion for cryptography, cybersecurity, and wireless systems. Milica is a researcher from Subotica, Serbia. She also serves as a Reviewer at the Journal of Computer Sciences and Applications and.
She writes for American and Asia-Pacific security magazines. She is a volunteer with the lecturer with the local engineering society.

How Do I Reliably Identify You If I Cannot See You? How to provide both a Secure & Seamless Remote Onboarding Experience on a Regula Basis? Top Tips For Securing Your DevOps Environment Responding To the Ransomware Pandemic Combining True MDR & SOC for Robust Cybersecurity The Top 5 Cloud Security Predictions for 2022 Secure, Managed File Transfer: What’s Old is New Again Executive Order Instructs Certain Organizations to Improve Their Cybersecurity Stance
September 30, 2019