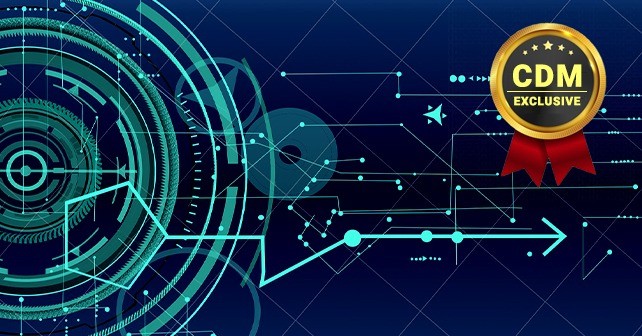 The challenges of an Internet of Things analytics

Through a history – we would notice the importance of good analytics in many areas of human activities. For instance, many military strategists would deal with intelligence before they decide to make any move on. Today’s economy is also a place looking for brilliant business strategists who would use analytics in order to produce some sort of findings that would offer them a competitive advantage.

This new time would bring us many technological solutions that would deal with so many data. The good example of such new technology is the Internet of Things (IoT) that would offer us plenty of opportunities being in a correlation with our everyday’s lives and businesses. Through this article – we intend to discuss some of the challenges coping with the IoT concept, as well as its analytics, being a key pillar in understanding such collected data.

What is the IoT analytics?
Have you ever wondered how many data could produce some IoT device? For instance, we would talk about the smart heating system being part of a much larger smart home solution or further – smart grid advancement. That smart heating solution would rely on temperature subsystem and humidity subsystem. These two subsystems would use the temperature and humidity sensors that would deal with the temperature and humidity in such an environment and send such information to the control system that would adjust those two parameters to get as desired. In other words, we would talk about the control systems dealing with the feedback as illustrated in a Figure being down on the right.

Many experts would suggest that it’s crucially important to collect data from the IoT solution being exactly where they are – at their edge. Once gathered data could serve in a better understanding of their role in the entire system and the next step in such a case would be to define your upcoming course of action.

Right here, we would use some effort to explain how the control systems with the feedback operate. For instance, it’s possible that you would deal with the small regulating box that would seek from you to define your desired temperature and humidity in a room. You would do that – so, you would get those two data being the input parameters to your heating system. Those input data would cause your controller dealing with the process being the state of your temperature and humidity in that room.

Practically, at the end of this block diagram, you would get some output variables that would indicate those two heating parameters. As it’s suggested before – the feedback branch would deal with the sensors that would measure the temperature and humidity at that place and send those data at the input trying to compare them with the desired values. If these two variables match the desired temperature and humidity values – the system would obtain a certain level of accuracy. On the other hand, if not – it would keep adjusting the output parameters to get as desired.

So, the question here would be how this could be correlated with the analytics. Well, you would agree with us that what we’ve just demonstrated to you – could get called some sort of analysis. That sort of stuff would support you in a better understanding of how things work as well as give you an opportunity to make some corrections or at least improvements to your solution. Everyone would agree that your sophisticated heating system being the part of a smart home solution would be capable to communicate with the rest of smart home subsystems using the web. Those subsystems could be media system, lighting system and so on – depending on how well your home got equipped. In order to analyze all these signals and data, you would use some of the platforms being created to the IoT analytics. Right here, we would not deal with any of the IoT analytics platforms for a reason they are the matter of their vendors. In other words, we would try to be more explaining and less commercial which should be the point of any good insight.

The role of actionable-intelligence with an IoT
Some sources would recommend that the best way to deal with the IoT analytics is through the scheme – Sense, Understand and Act. In other words, you should use smart sensors or measuring devices in order to gather data from your surroundings. Further, you should deal with some IoT analytics in order to understand your data and finally, you should take some actions on once you’ve realized how your system operates. In other words, that final step in such a concept should cope with the actionable-intelligence being something so useful for your strategy formulation. Sometimes it would be sufficient to rely on some free IoT search engines such as the Shodan and Censys in order to analyze or – in other words, better understand your IoT environment. The next chapter of this article would attempt to deeply explain the strategic perspectives of this concept relying on the previously mentioned concept of the actionable-intelligence.

The strategic perspectives of this concept
So, how the strategy is formulated to improve the entire IoT experience could get correlated with the IoT analytics and finally – the actionable-intelligence. The things here are quite simple. If you want to deal with some intelligence being a product of well-analyzed data and information – you would easily come to a level of the strategy formulation. Obviously – the IoT analytics would provide us the quite useful actionable-findings that would suggest such a sort of intelligence could serve in a deeper dealing with the entire system. In other words, the final step in a process being Sense, Understand and Act would offer us much more information which course of actions we should take in order to gain some sort of advantage. In the end, we believe that the strategy is smartly formulated a course of actions that should get taken in order to obtain certain goals.

The final thoughts
In conclusion, we would make advice to the rest of a researcher’s community to put some efforts on and deeply investigate this sort of a topic. Also, we believe that similar efforts could get used in making a better strategic approach to this field of interest. Anyhow, the point is to make people think how to resolve a certain issue and once they gain that habit – we could count on progress to all.

Directed Analytics – The Future of Data Management This man was planning to kill 70% of Internet in a bomb attack against AWS Transitioning to Remote Work: The Apps You’ll Need to Ensure A Productive Workforce SOCs to Turn to Security Automation to Cope with Growing Threats Bitcoin Soars but Will Security Risks Spark Greater Regulation? Why the Future of Threat Detection and Prevention is Unified Security and Risk Analytics A Digital Journey: A Long and Winding Road Rise of BYOD Once Again
September 13, 2019