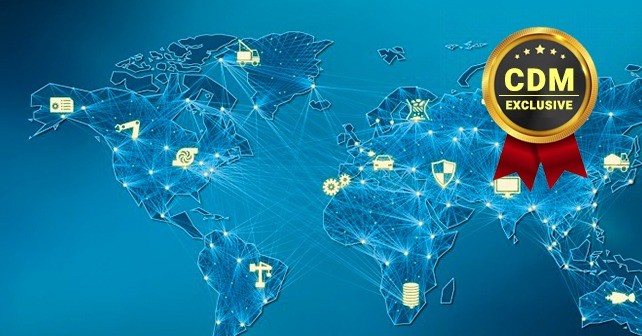 The challenges of interference within modern industrial systems

The new industrial revolution is known as the 4th generation of industrial systems would bring us a completely new approach to the industry’s assets. The 4th industrial revolution would make us deal with the more sophisticated and more complex solutions that would seek a certain level of skills. As it’s well known – this technology would be cyber-based or in, other words, it would rely on new advancements such as computers, web and mobile devices.

Many industrial plants being used for those purposes would get designers who would believe that if they choose the wireless solutions – they would reduce the number of wires being applied in their infrastructure and consequently reduce the cost for those wirings.

People would so often think that wireless technologies got so convenient, but very few of them would realize that they bring with themselves a certain amount of the risk regarding interference and some health’s concerns being correlated with the quite high level of electromagnetic radiation getting present in the room.

The new generation of industrial systems would start becoming part of our reality. The very small percentage of the industry’s assets is already equipped with emerging technology. The main reason why the industry’s giants would invest in new technology is that such an investment could bring them a good amount of profit once it begins to get exploited. It’s well known from the economy that any investment into new technologies could increase the productivity and effectiveness through the working process and consequently boost the incomes to such a factory.

That’s the crucial reason why industrial giants would make a decision to put more money, time and effort to develop and run the new generation assets. In those cases, they would follow the cost-effective solution being suggested with today’s knowledge and experience getting present within an expert’s community.

Many designers would recommend that we should use wireless technologies as something being much cheaper than wired solutions. Following such an approach – many technological and financial experts would get their projects being approved for a reason they would rely on wireless systems having a certain level of advantage over the wired ones.

We would agree that sometimes it’s so complicated to handle all those wirings and as it’s known – the concepts of wireless transmission of information as well as power are well-researched and it’s logical that engineers would cope well with those results.

On the other hand, we would try to make a simple question if those new generation factories suffer some sort of a business discontinuity for a reason of some systematic failures or unobvious reasons. The capacities of those production systems are huge and it’s obvious how big the economic losses could be if the factory would suffer the frequent stoppage in its production. This could be some systematic mistake for real, but so commonly the reasons are more bizarre.

The engineers and technicians working in those high tech factories could believe that they would suffer the flaws because the technology is still new and many aspects of its design are still unexplored. Right here, we would point a concern to the more obvious physical phenomenon being the interference. Some researchers would do great studies about those challenges being present at the busy places such are the airports. They would indicate that the signal could get amplified, damped or deformed depending on the sort of interference you are dealing with.

Just try to imagine that you deal with the constructive interference that would so greatly amplify your signal and make a receiver dealing with so to simply get burned because of such a strong electromagnetic wave. The receiver itself would get in touch with that strong signal and it would induce electricity it cannot deal with. So, as a consequence of such an occurrence – we could have a damage of the entire receiving part.

As it’s known – the industrial systems would basically deal with plenty of sensors, controllers and actuators. You would agree with us it would not be convenient at all if some of those subsystems would simply burn for a reason of high voltage. In such a case, we would appeal on system’s designers to pay attention to a good calibration as well as reliable fusing elements that would save those segments from damage. Also, it could happen that the interference would be destructive meaning that the entire signal could get damped.

In that case, nothing would happen or – in other words, the production system would not receive any signal on. This would get identified as a stoppage in production and the technical service would spend some time trying to discover what happened for real which would also affect the business continuity.

Finally, receiving some sort of shifted or deformed signal would damage the information that would come at its destination causing the flaws in the entire operation.

Through the following series of illustration, we would try to demonstrate how constructive, destructive and between interferences appear in a practice. The illustrations being provided here are drawn using the GRAPH mathematical tool and their purpose would be to show through simple periodic functions such as sinus and cosine how it works in a theory.

We would highlight that the cases from the practice are much more complicated and they need a detailed mathematical analysis to get understood. Let’s start with the constructive interference being given in Figure 1.

Figure 1. The constructive interference
As it’s shown above, this sort of interference would deal with two basic signals being shown in blue and red colors and those signals would get in phase with each other. The total sum of these two signals would give us the pink signal suggesting to us that the final result is so amplified. The second example would suggest how it works when the total signal is denied for a reason for destructive interference dealing with the signals being out of phase with each other. The illustration is provided in Figure 2 as follows.

Finally, we would demonstrate how something in-between interference looks like in a theory and how the entire resulting signal could be shifted or deformed. The illustration is given in Figure 3 as follows.

In order to conclude this effort – we would want to suggest that the interference could be the huge issue in the industrial systems of tomorrow, so we would advise the researchers, engineers, and scientists to take a closer look to this challenge. We are aware that the ultra-modern factories of today would deal with high technological solutions such as robots, autonomous machines, intelligent sensors and much more. Also, the new tendency is that the transmission of information and energy would be wireless, so we would recommend that the interference, as well as some health’s requirements, should find their place into some of the future investigations. We strongly believe that the research’s bodies would find their interest to run those projects for a reason they can make the global business being more competitive and profitable.

A Modern Cybersecurity Fight Requires a Modern Approach to Regulatory Oversight SAP systems are targeted within 72 hours after updates are released Safeguarding Industrial Control Systems Environments G7 calls on Russia to dismantle operations of ransomware gangs within its borders 5 Recommendations to Prevent Man in the Middle Attacks (MITMA’s) within the Financial Sector. When it comes to your zero trust strategy, a modern approach to IGA is key Modern Times, Old Prejudices AI Is the Answer To Modern Cybersecurity Threats
August 24, 2019